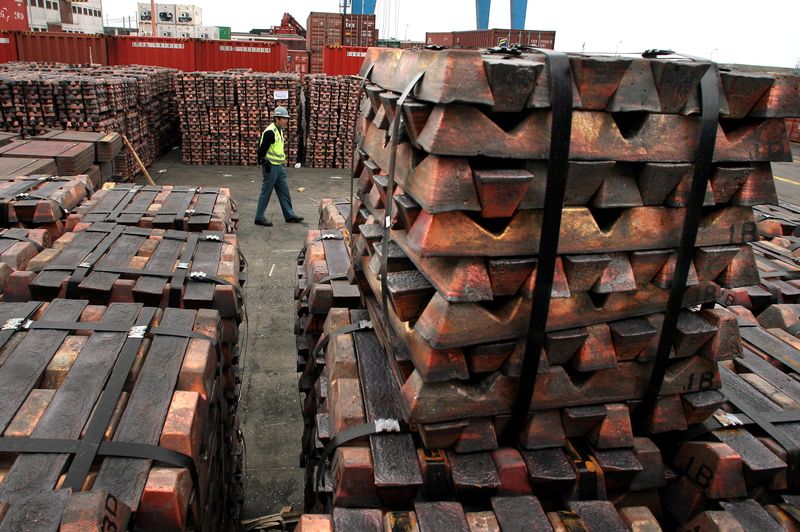 File image of a security guard walking next to shipments of copper that will be shipped to Asia, in the port of Valparaíso, Chile. August 21, 2006. REUTERS/Eliseo Fernandez

LONDON (Reuters) – Copper extended its recovery on Friday thanks to optimism about the revival of demand in China, the world’s largest consumer of metals, after a reduction in mortgage interest rates and new progress in lifting the confinements by the COVID.

* Copper plunged about 15% from early March to mid-May on concerns that a slowing Chinese economy will affect demand for metals and a possible recession in other major economies amid high inflation. .

* China cut its benchmark mortgage rate by an unexpected margin on Friday, its second cut this year, as Beijing tries to revive a flagging housing sector to prop up the economy.

* “Previously, support measures for the property market were very selective, but this is a more visible and widespread sign of support,” said Xiao Fu of Bank of China International.

* Also, the market was buoyant as plans by Shanghai authorities to end a lengthy lockdown of the city on June 1 appeared to be running their course despite some new COVID-19 cases.

(Additional reporting by Brijesh Patel in Bengaluru; Editing in Spanish by Carlos Serrano)