Premier League, Federation, clubs, current or former stars (Harry Kane, Gary Lineker, David De Gea) and even Prince William… The coming out of Jake Daniels, made official by the Blackpool striker on Monday in a press release, caused an avalanche of positive reactions in England. At 17, the neo-professional, who has just started his career in the Championship (D2), notably praised his club and his teammates in youth teams for their support after this announcement.

A major step forward when we think back to the only dramatic English precedent: that of Justin Fashanu, in 1990. The coming out of the former international hopefuls, then 29 years old, was generally greeted with hostility. Eight years later, Fashanu committed suicide.

A torrent of homophobia on social networks

Meanwhile, on the other side of the Channel, we are still debating the “Ganagate”, after the refusal of the Parisian midfielder Idrissa Gueye to wear rainbow flocking in support of the fight against homophobia , Saturday evening in Montpellier. “The inclusive policy of English football has no equivalent in France, where there are still zero active player coming out”, judge Julien Pontes.

And according to the spokesperson of the Rouge Direct collective, which campaigns against homophobia in sport, this is not about to change. “Given the level of homophobia on social networks, with these thousands of messages of support for Idrissa Gueye’s decision, we quickly understand that the conditions are not met. »

Julien Pontes also highlights a concern for embodiment: “A figure like Jürgen Klopp in Liverpool is the model we expect from a coach, someone who intervenes extremely firmly when there is homophobic behavior. It’s more reassuring than a Noël Le Graët who says he will not punish homophobia as he can punish racism [ le président de la FFF avait rectifié ses propos par la suite]. A gay player who hears that, he will suffer, he will live in hiding, lie to himself and lie to others. »

As indicated by the former hope of TFC Ouissem Belgacem, who broke the taboo last year in the very remarkable testimony Adieu ma shame (Fayard), homophobia would be the “poor relation of discrimination” in French football.

“Of course a coming out will happen” in France

It is an understatement to say that Yoann Lemaire does not have exactly the same reading of the evolution of the situation. “In England, they have taken a step, welcomes the former amateur footballer, the first to reveal his homosexuality in our country, in 2004. But in France, it will happen too. Of course, it’s not simple. But look, all the L1 and L2 players put on the rainbow flocked jersey this weekend, only one refused. We have lots of projects with the FFF and the LFP. »

Under the banner of his Foot Ensemble association, the Ardennais travels across France, from training center to training center. “We did a survey in the centers, we have feedback and we know that there are young homosexuals. In one of them, we know that two kids are dating. Afterwards yes, it’s complicated, it’s taboo. But again, of course a coming out is going to happen. » 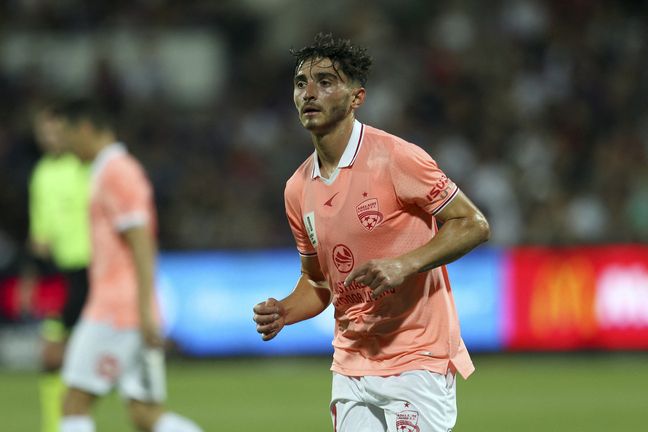 The active player who will imitate Jake Daniels or the Australian Josh Cavallo will have to have the thick leather to endure the weight of such a revelation and its consequences in the locker room or with many supporters, whose open-mindedness is not not the main feature. “We report homophobic songs to the LFP each time and there have never been so many, laments Julien Pontes. It is incitement to hatred, a call to murder. And the LFP lets pass. In 2019, thanks to us, there were two sanctions, one against Lens after overwhelming homophobic chants in Bollaert and one in Grenoble for a banner. Otherwise, it is zero. »

Contacted by 20 Minutes, the body that governs professional football highlights the multitude of initiatives that it organizes, and which constitutes “a coherent action plan”, long-term. This Tuesday, as part of World Homophobia Day, it auctioned 144 rainbow jerseys worn by players during the 37th day of L1 and the 38th of L2. Profits will be donated to partner associations: Foot Ensemble, PanamBoyz & Girlz United, and SOS Homophobia.

A clip was also broadcast, with 20 L1 players, including Kylian Mbappé, Dimitri Payet and Dante with the message: “Gays or heterosexuals, we all wear the same shirt”. It follows a previous video featuring Yannick Cahuzac, Paul Bernardoni, Adil Rami and Christophe Galtier, on the theme: “We will support players who decide to come out”.

Olivier Rouyer is also present in this work. The ex-international, the first French footballer to declare himself homosexual in 2008 when he was retired from the field, wants to be optimistic about the evolution of mores in France. “I sincerely think, and I have been saying it for a long time, that if there was a player who declared his homosexuality, he would be supported by all footballers, leaders, sponsors, assures this Tuesday in the world the former striker then coach, now 66 years old. Of course, you always have the madmen on social networks. But the whole of football would give full support. »

There remain major obstacles, including one on which Julien Pontes and Yoann Lemaire agree: an interpretation of religion among many players which leads to homophobia. But according to the head of Foot Ensemble, things are moving in the right direction. “From now on, the clubs are required to have socio-educational referents who are trained in this type of problem, supports Lemaire. You should know that there are clubs much more homophobic than others. OM are extraordinary on this subject, with extremely caring, interesting young people and managers, with real depth in their thinking. »

So many essential elements for a French Jake Daniels to rise soon. And that he no longer feels obliged to hide what he really is, to paraphrase the young Englishman.