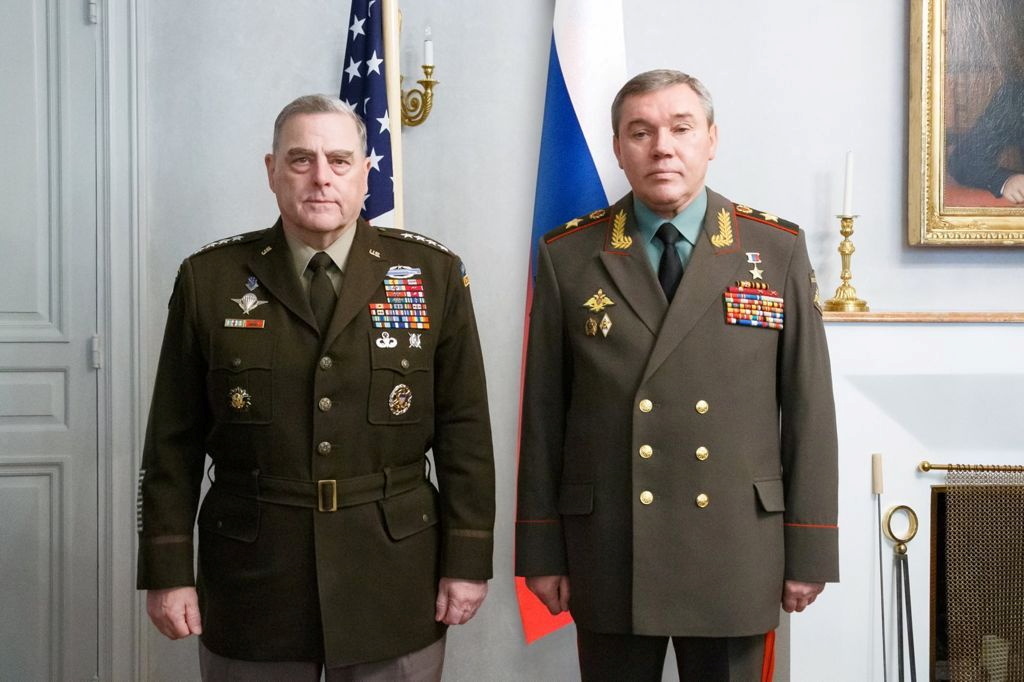 Mark Milley, chairman of the US Joint Chiefs of Staff, and Valery Gerasimov, chief of the Russian General Staff during a meeting in Helsinki in September 2012 (Russian Defense Ministry Press Service via REUTERS)

Top US General Mark Milley spoke by phone Thursday with his Russian counterpart, General Valery Gerasimov, in their first conversation since before Russian forces invaded Ukraine in February, the Pentagon said.

According to a network report TV Zvezdacontrolled by the Russian Defense Ministry, the call was made at Milley’s request.

The last time they had talked by phone was on February 11, when Washington publicly warned of Russian plans to invade Ukraine and hoped that its warnings would dissuade Moscow from proceeding, something that finally happened on February 24 with the advance of troops. in the neighboring country, according to the Pentagon.

“They hadn’t spoken since then until today,” said Commander Sean Riordan, a spokesman for the US Joint Chiefs of Staff. 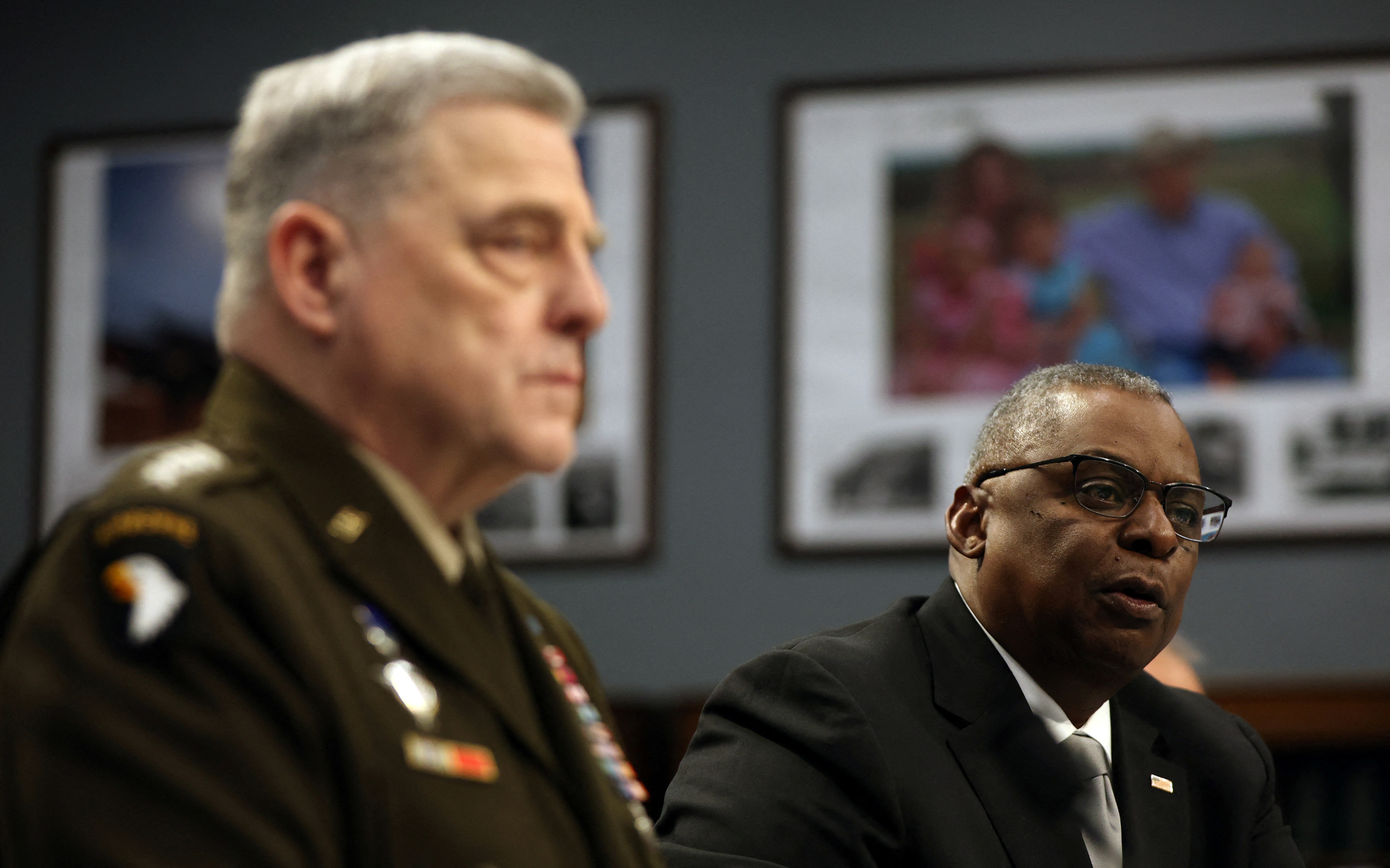 US Defense Secretary Lloyd Austin and Russian Defense Minister Sergei Shoigu held their first talks since the war began on May 13, and on the occasion Democratic President Joe Biden’s representative urged Moscow to implement an “immediate ceasefire”.

However, a Pentagon spokesman later noted that the call “did not specifically resolve any serious issues or lead to a direct change in what the Russians are doing or saying” around the Ukraine conflict.

The conversation comes as Washington is stepping up its support for Ukraine with funds and weapons, after the US Congress on Thursday approved a new $40 billion aid package for Ukraine, in another show of strong support. promised by President Joe Biden to kyiv. 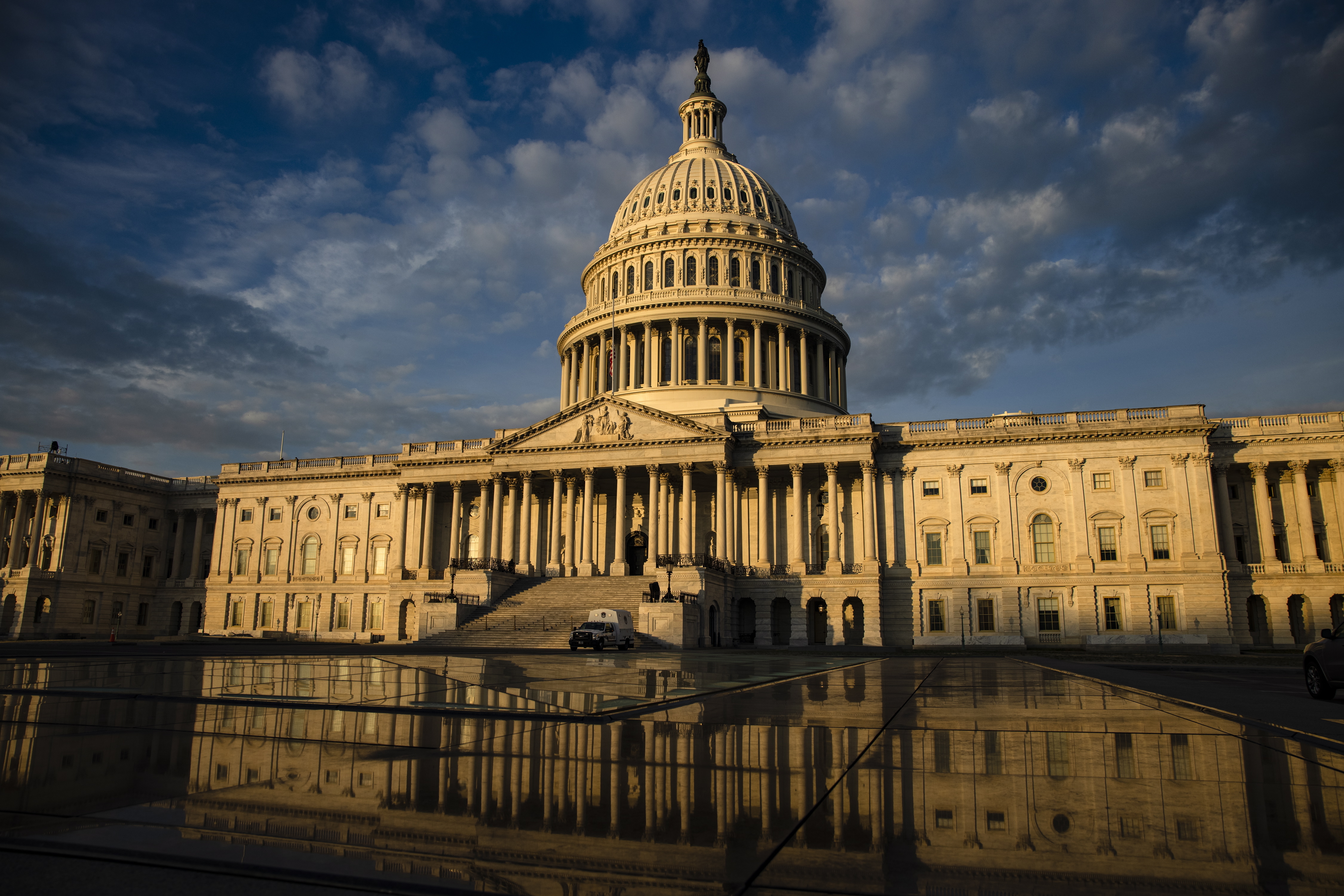 View of the Capitol, seat of the US Congress, in Washington, in a file photograph. EFE/Samuel Corum

The aid, which includes macroeconomic and humanitarian objectives, as well as weapons and ammunition, was approved by a large majority in the Senate earlier in the afternoon, following its approval in the House of Representatives last week. Now the package must be ratified by the US president.

The vote took place a week later than expected, after the House of Representatives approved the project at the time due to the fact that the Republican senator and recognized fiscal isolationist Rand Paul, put obstacles in the matter, thus prolonging the process.

“We cannot save Ukraine by condemning the US economy,” protested Paul, who tried to negotiate the creation within the bill of the figure of a special inspector to monitor spending in Ukraine, as happened with Afghanistan in the last decade, account the NBC.

With information from AFP, EFE