Mobility in ZMG: There is road chaos in González Gallo and Calzada Independencia due to the construction of a collector

This Thursday morning there was an intense road chaos in González Gallo and Calzada Independencia, at the height of the Agua Azul Park, due to the beginning of the first stage of the construction of the San Carlos storm collector.

These works, led by Siapa, caused annoyance among driverswho accused that there was no socialization in social networks and in the media, prior to the start of the works. 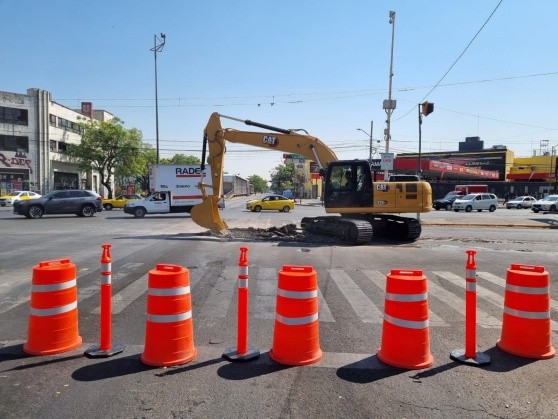 “According to the government, it says that it is going to socialize, but it is not true, many cargo trucks come down, especially after 9 in the morning, it is completely saturated, they do not define alternate routes,” said the carrier, José Tapia.

For his part, Jared Tejeda, who works at a company in the area and drives in his company’s car, said he did not know what was being done on the site.

“I don’t know what they are doing, I don’t know what jobs they do, I pass here four times a day, I am always active on social networks, I didn’t see any notice to take an alternate route,” he said.

Nevertheless, Siapa reported on May 17 on its social networks that it would begin the first stage of the construction of the San Carlos Rainwater Collector, causing some road closures in the area. The Macrobús is the only one that continues to circulate in its exclusive lane.

⚠️Find out!⚠️ SIAPA starts the first stage of the construction of the San Carlos Pluvial Collector.��

��Check all the details of the work that will mitigate floods as well as road closures here: ��https://t.co/SmZTI9ZYVL pic.twitter.com/9EuN502FL2

Siapa, through an informative bulletin, highlighted that the duration of the works of the pluvial collector will be of three monthsthat is if the climatic conditions do not delay them.

In addition, they highlighted that the work will help mitigate the flooding problems that occur in the middle and lower part of the basin, which affects the San Carlos area and the surroundings of the Agua Azul Park.