It was taken up, diverted, wrung out and finally just as quickly forgotten. This is the story of the photo of the post-it signed by Emmanuel Macron, posted on his Twitter account during the presidential campaign. It is also the average life cycle of the meme, “all of a sudden very popular and then which dies as quickly as it happened”, narrates Albin Wagener, researcher affiliated with Rennes 2 and Inalco, specialist in discourse analysis. For him, “the meme is a graphic, communicational and social object, very viral, which works with its own grammar, its own code. We can even consider it as a new language”.

#Presidentielle2022 I have a moved thought 😂 for the voters of #Melenchon #Jadot # pecrese #Roussel and even for the voter of #Hidalgo. To all those people mistreated and insulted for 5 years, and who on Sunday are forced to vote #Macron . it will stick to their panties 😂 pic.twitter.com/uM9qhlCgbA

With such a definition, it is not surprising that the meme has invited itself into the political game to the tune of caricature 2.0. Its strong humorous potential leaves it a special place, a sort of UFO in political communication, which the candidates and their entourage have taken over, without being able to totally control them.

The meme, a major player in the 2022 presidential election

“In France, during this campaign, no one had the title of ‘memifier in chief’ or ‘meme campaign manager’”, attacks Albin Wagener from the outset. Before qualifying his remarks: “there were dedicated teams within the staffs of the candidates but in an unofficial way. The difference with the United States and their brigades of memers that appeared a few years ago is clearly this informal side that dominates in France”.

Among young people with Jadot, the meme thus arrived “naturally” in the team, with the objective of speaking to as many people as possible, without entering into activism. “The most interesting thing is to manage to remove the partisan logic to manage to convey a political message, by linking our memes to concrete things”, underlines Antonin Dacos, the communication manager of the Youth team with Jadot. Rather than creating meme factories from their candidate, the young environmentalists preferred to target their competitors during the presidential election. “If we produce memes only about Yannick Jadot, it will be very propaganda and it will ring false. We preferred to target Emmanuel Macron on climate action and the far right on Islamophobic delirium ”.

The team of the outgoing president has meanwhile chosen the opposite strategy: imagining memifiable content at will seems not to touch it. “Take the famous post-it from the culture pass, bounces Albon Wagener. Emmanuel Macron bet on the culture of diversion inherent to the Web to ensure a constant presence on social networks during the campaign. It is very strong and formidably strategic”.

Macron’s post-its but in the real world ⤵️ pic.twitter.com/5TxkRqE83k

But activists were undoubtedly the first actors on the meme front, these support communities are the essence of this separate object, “true collective creation” for Albin Wagener. “Among the candidates, the support communities for Jean-Luc Mélenchon and Eric Zemmour have used the meme a lot. At Valérie Pécresse and Yannick Jadot, too”. “He participates in the construction of the political and media image of the candidate, the post-it of Macron, the big wide eyes of Mélenchon”, judge for his part Anne-Claire Ruel, communication consultant 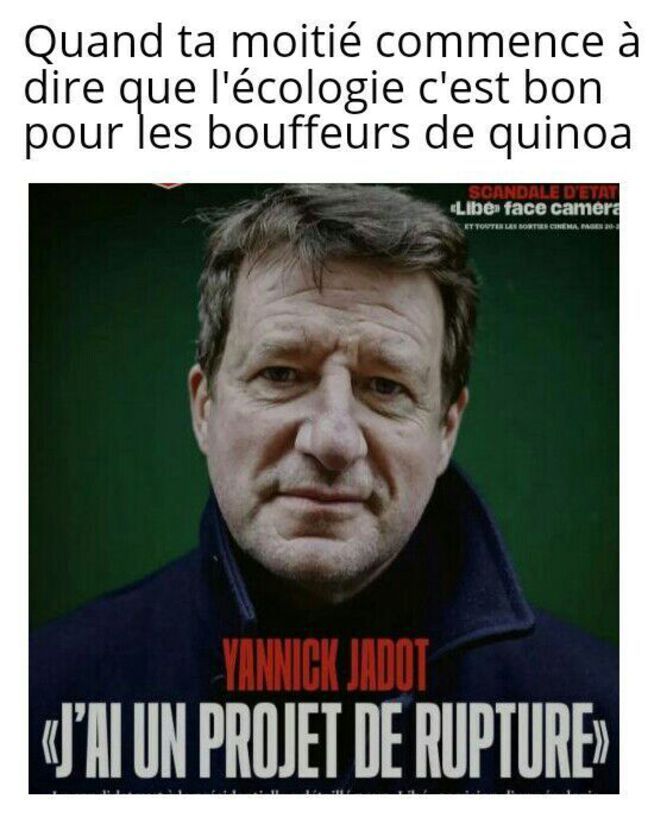 The most viral memes, however, often arise from specialized and apolitical accounts. This is the case of the @Memespolitiques account, followed by 77,500 people on Instagram. Created during confinement, the account delivers at least two publications every day that brilliantly divert political news. At the helm, we find Antoine, who prefers to produce alone for the moment.

Political ideas, he has some, but he prefers to remain objective. [email protected], everyone goes there. “Sometimes I make fun of measures of which I only think well,” confides the former student of Sciences po. So to be able to find sources of inspiration and learn about the debates that create discord, the founder of @Memespolitiques has found a solution: browse the trends on Twitter every day.

If the meme seems to be an undeniable asset in terms of political communication, it is not devoid of risks, in particular because it is difficult to control: “It remains a satirical, ironic, humorous object, which is particularly ephemeral, notes Albin Wager. Its impact is very strong and very quickly it disappears”. On the model of the caricature, there is therefore a clear starting postulate: it is second degree. However, the message conveyed by the memes could do damage.

“In politics, memes strengthen communities of activists and also serve to convince people: this is the case with the American Alt-Right, which has used the meme a lot and has picked up a whole bunch of disillusioned people who have convinced by memes of the merits of their message”. In the case of the Christchurch attack in New Zealand, the terrorist has also admitted that the memes had participated in his motivation to take action.

But for Anne-Claire Ruel, politicians should have no doubts: the meme is essential for them. “For a politician today, the risk/benefit balance is clear: it is better to enter the dance of memes than to stay away, because it is an omnipresent object in the media field”. “This responds to a logic of communication of virality which allows a candidate to exist through images”, estimates for his part the founder of the [email protected]

“On the Internet, you have to accept that there is a part of irony, sarcasm, mockery, which is limited to the schoolboy level and therefore yes, memes escape the legal spectrum of defamation, as long as they are not not lying or relaying fake news,” says Albin Wagener. An observation shared by the youth team with Jadot, who recalls that this very specific medium remains “virulent and offensive by nature”.

On the model of caricature, difficult to condemn in court, the meme benefits from a blurred line: “this libertarian side undoubtedly contributes to the popularity of memes today, and in particular in extreme right circles”, admits Albin Wagener who strongly advises not to embark on the spiral of legal proceedings: “Better to wait until they naturally lose their virality and are replaced by new ones”. And the days without? There is always the safe haven Manuel Vallsto have fun