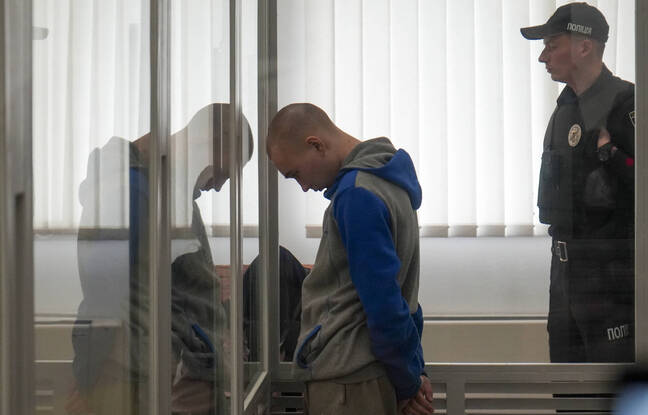 Did you miss the latest events related to the war in Ukraine? 20 Minutes takes stock for you every evening, at 7:30 p.m. Who did what ? Who said what? Where are we ? The answer below:

His apologies will not have changed anything. The Ukrainian prosecutor’s office, which was judging for the first time this week a Russian soldier accused of war crimes, demanded the maximum sentence against him on Thursday: life in prison. Vadim Chichimarine, 21, is accused of shooting dead a civilian on February 28 in the Sumy region of northeastern Ukraine in a stolen car. He admitted to having shot and killed Oleksandre Chelipov, a 62-year-old man, on the orders of another soldier to avoid being “reported”.

Faced with the widow of the victim, Vadim Chichimarine launched earlier in the day this Thursday: “I know that you will not be able to forgive me, but I still ask your forgiveness”. On reading the indictment, he did not react.

UN Secretary General Antonio Guterres said the war in Ukraine has amplified and accelerated factors contributing to the global food crisis. He warned of the “specter of global food shortages in the months to come”.

1.730 Ukrainian soldiers from the Azovstal steel site surrendered and became prisoners. This surrender marks the end of a long battle that has become, in the eyes of the world, the symbol of resistance to the Russian invasion. It also records the fall of Mariupol.

As the days go by and declarations from senior Russian officials, the Kremlin’s ambitions seem increasingly clear: Russia is preparing the lasting occupation, even the annexation of the territories of southern Ukraine that it controls. “I consider that the future of this region is to work within the friendly Russian family”, thus indicated the Russian Deputy Prime Minister, Marat Khousnulline, while traveling in the region of Zaporijjia.

For his part, Sergueï Aksenov, the governor of Crimea, said he “sees the future (the peninsula as well as the regions of Zaporijjia and Kherson) within a single state”, Russia. Finally, Vladimir Saldo, head of the pro-Russian administration, said that if today the territory was under the control of the Russian army, the Kherson region would be in Russia in the future. He had also previously announced that the ruble would be introduced as a currency in the region.

For its part, the Kremlin does not deny a possible annexation, claiming to want to respect the will of the local populations. The government is letting the possibility of a referendum hang over the subject, while a good part of the population has fled the region.

Glacier breaks off and causes avalanche in Italy

Farmers ignore Schiphol for the time being | NOW