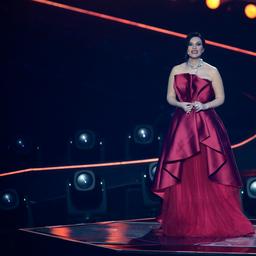 Presenter Laura Pausini has contracted corona around the final of the Eurovision Song Contest. The singer and presenter announced this on Instagram on Thursday.

Pausini briefly disappeared from the stage during the final part of the live show. because she wasn’t feeling well. On Sunday she reported that she was suffering from low blood pressure and therefore had to take a break on the advice of the medical team.

The Italian also seemed to be sick on Friday before the final. She was largely absent from rehearsals.

“Well, something was wrong after all,” Pausini now indicates. “I haven’t been feeling well since Saturday. I thought it was because of the fatigue, but I just found out that I have corona.”

Because of her positive corona test, Pausini is now in isolation and is not allowed to travel. As a result, she misses a performance in Florida.

The Italian Song Contest organization suddenly dropped almost all corona measures in consultation with the city of Turin last Wednesday. Delegations, the press and other employees were therefore no longer obliged to test before entering the arena where the Song Contest was held.

According to organizing broadcaster European Broadcasting Union (EBU), this was done because the number of positive test results was “far below the national average”.

Testing in Pala Alpitour turned out to be a bit of ‘wet finger work’. People did not have to wait for their results and could simply enter the field.