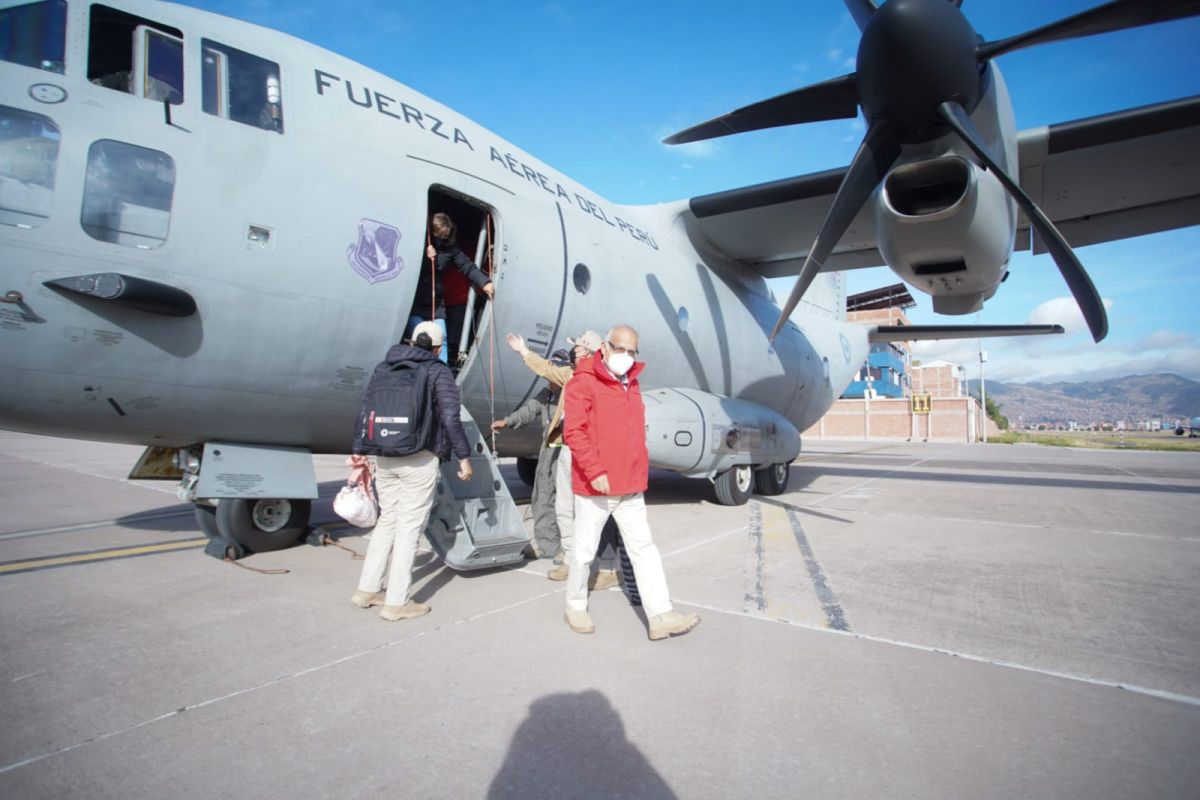 Aníbal Torres, president of the council of ministers. | Photo: PCM

After spending three days in the Challhuahuacho district, where he arrived to hold different meetings with the communities, the Minister of Foreign Trade and Tourism, Roberto Sánchez, indicated that the immediate objective of the Executive is the reestablishment of social, commercial, community activities and productive in the area, as well as ensuring peace conditions between the peasant communities and the Las Bambas mining company. For this reason, this Thursday multiple meetings were agreed in various areas of that sector between the ministers, including Prime Minister Aníbal Torres, and the community members.

There are six communities in conflict: Nueva Fuerabamba, Huancuire, Pumamarca, Choaquere, Chila and Chuicuni, although there are another 20 communities in the district, representing a total of more than 30,000 citizens. It should be noted that these communities have different claims.

After setting up the table, in Pumamarca, as part of the claim, the citizens of Fuerabamba showed Prime Minister Aníbal Torres a sack with the tear gas that the Police would have launched during the clashes with the community members.

After participating in another meeting with community members from Cusco, Prime Minister Aníbal Torres arrived in Pumamarca two and a half hours late. Upon entering the sports venue where the meeting is being held, he received some complaints from the community members who were waiting for him.

More than 100 community members from Fuerabamba arrived in Pumamarca to meet with Premier Aníbal Torres. The meeting was scheduled for 11 am However, the president of the council of ministers was still in Chalhuahuaco meeting with some authorities.

In another meeting, in Challhuahuacho, Dina Boluarte compared the conflict between Las Bambas and the communities to a fight in a married couple.

“It’s like in a home, if mom and dad are fighting, the children are the ones who get hurt. Here it is almost the same, if we do not reach good agreements, divorces are not pleasant, right? And here we are not going to be able to divorce because we have to live together (together)“, said.

Las Bambas: Mining workers march today and start hunger strikeLas Bambas: five facts to understand the conflict between community members and the MMG mining companyLas Bambas: How much does the stoppage of the mine in Apurímac represent in losses?Conflict in Las Bambas is aggravated by lack of competence of the ministers, considers Rómulo Mucho

The NATO summit is over: What was decided in Madrid? † NOW

Inauguration of a care center for children with diabetes in Zapopan