Karen Dejo denies discussion with her new outgoing on the street: “There was no aggression or mistreatment” 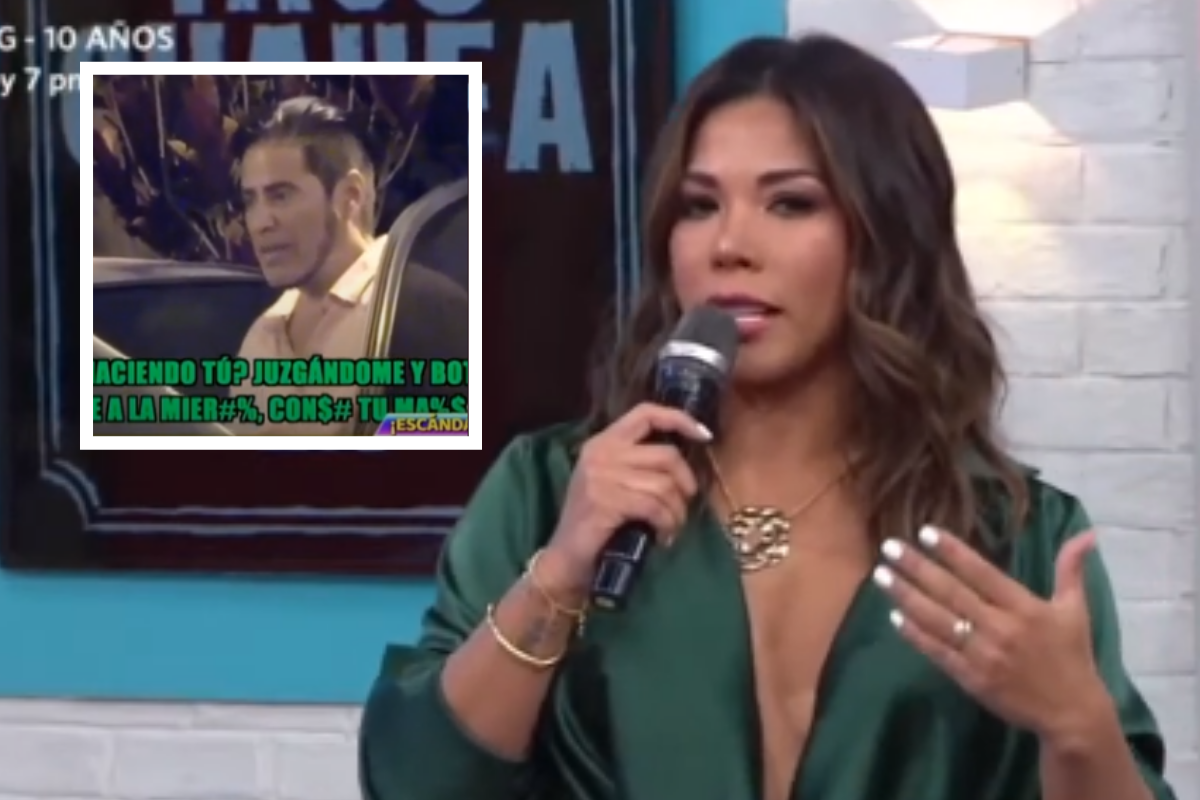 Karen Dejo appeared this May 19 in América Hoy after being caught in an uncomfortable situation with Rafael Casa de las Peñas, who would own the Hotel Vista Pacifico in Asia and his new outgoing. Both were recorded by the cameras of Magaly Tv La firma when they were having a strong discussion in the middle of the public road.

“What are you doing? Judging me and throwing me out Go to my…! With$# Your Ma%”the businessman was heard saying, while the ex-reality girl continues to claim him and yells at his name when he walks away.

This fact did not go unnoticed by Janet Barboza, who began playing the subject. “We have seen an episode that happened a few days ago where you go out arguing with who your partner would be, is it your partner?”. Given this, the influencer did not hesitate to respond and clarify that she was not fighting with Rafael Casa de las Peñas.

For her part, the popular ‘Retoquitos’ stressed that the model is a woman who would not let herself be yelled at by any man. “I have known Karen for more than 20 years and I am sure that no man would dare to raise his voice to her. I think she has a good character.”

Ethel Pozo was not silent and pointed out that there are women who can be a little weak on the emotional side compared to how they appear in the professional field. “Faces we see and hearts we do not know. Sometimes there are successful, intelligent, powerful women, but with emotional intelligence…”.

Around four in the morning, Karen Dejo and her companion left a social gathering. They left holding hands as if they were a couple; however, a moment later they began to argue. The strong discussion took place while they were close to a vehicle. In addition, the reasons for the fight are unknown, but the program Magaly Tv: La firma shared part of the confrontation they had.

Karen: Once you told me. everyone is recording you

Karen: And how do you want to treat you? Raphael!

Rafael: What are you doing? Judging me and throwing me out Go to my…! With$#

After the fight they had, the former member of Esto es Guerra made the decision to return to the party, where she was taken by the hand by another person to take her taxi, which the man with whom she had argued with minutes before also got on. However, apparently the fight would not have ended at that moment, because while the taxi was moving along Av. Javier Prado, the man made the decision to stop the vehicle and then get off and board another unit.

Although Karen Dejo and her new gallant looked very affectionate at Tania Pantoja’s party, everything ended badly when they left.

Karen Dejo is supported by dating two men, but she assures that she is single: “They don’t mean anything”Karen Dejo analyzes suing Magaly Medina: “It sullied my honor as a woman and as a mother”Karen Dejo had a strong fight in the street with her new outgoing: “Go to the…!”