For the second consecutive day, the Escazú Agreement could not be voted on in the Senate of the Republic 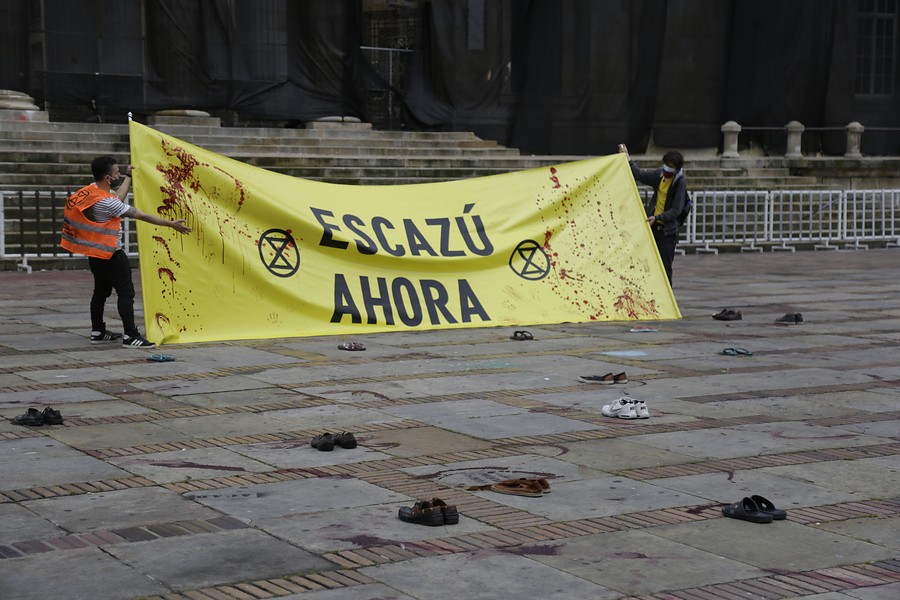 The inconveniences for the ratification of this bill have been presented several times. In June 2021 the project was shelved – despite the fact that the Government sent it an urgent message – and in November of the same year the Executive presented it again in the Capitol, but until now, it has not been possible to vote in the Senate.

For 10 in the morning of this Wednesday, May 18, the plenary session of the Senate was summoned to vote and ratify the Escazú Agreement, after last Tuesday’s session was adjourned due to the absence of congressmen from the different political forces, for the same reason. therefore today’s debate had to be postponed.

The decision was notified by the Secretary General of the Senate, Gregorio Eljach Pachecho: “On instructions from the President of the Senate, Juan Diego Gómez Jiménez, I would like to inform you that there will be no plenary session on Wednesday, May 18.”

Democratic Pole senator Iván Cepeda is one of the promoters of this agreement and was the first to react to the decision to cancel the debate. This is how he made it known on his Twitter account: “The plenary session of the Senate is postponed for next week so as not to have to vote on the Escazú Agreement, and so that Uribismo passes the shame of being defeated again in Congress,” he said.

It is well known that the government party, the Democratic Center, is one of the great opponents of this environmental agreement, which has already been ratified by nine countries in Latin America and the Caribbean; Antigua and Barbuda, Argentina, Bolivia, Ecuador, Guyana, Mexico, Nicaragua, Panama, Saint Kitts and Nevis, Saint Vincent and the Grenadines, Saint Lucia and Uruguay.

In this sense, the senator of that political party, María Fernanda Cabal, stated that:

“Escazú is the destruction of Colombia. Here we are asking the NGOs for permission to build a road, a tunnel, a bridge or to explore. At what time do we give the country to environmentalist, globalist NGOs of the extreme left? ”, He assured, after the suspension of the debate in the Senate.

It may interest you: Opposition statute would allow the ratification of the Escazú agreement to be debated again: “It is a commitment of President Duque”

Given these statements, the opposition senator assured W Radio that: “The World Bank has supported the Escazú Agreement, the Inter-American Development Bank has said that the regulations are perfectly compatible with economic development, so here what we see They are ghosts that have been created and that really have no basis,” said Cepeda.

The inconveniences for the ratification of this bill have been presented several times. In June 2021 the project was shelved, despite the fact that the Government sent it an urgent message, and in November of the same year the Executive presented it again in the Capitol, but until now, it has not been possible to vote in the Senate.

On the afternoon of this Wednesday it was learned that President Iván Duque, during his European tour of the United Kingdom, Turkey and Switzerland, met with British Prime Minister Boris Johnson and as a result of this meeting it was learned that the entry into force was formalized of the Free Trade Agreement between Colombia and the United Kingdom.

During that meeting, Johnson would have congratulated the Colombian president for his environmental leadership. Senator Cepeda also referred to this: “Boris Johnson, British Prime Minister, congratulated Duque for his leadership in the fight against climate change. It is clear that no one has told him what is happening in the Colombian Senate with the Escazú Agreement. He was wrong. The only thing that Colombia is shamefully a “leader” in relation to climate change is in the murder of defenders of the environment.”

Pirry came out in defense of Egan Bernal after the announcement that he will vote for Federico Gutiérrez in the presidential electionsMichelle Amaya’s murder: they deny freedom due to expiration of terms to the alleged perpetrator of the crime