At the Cabinet meeting, Manzur asked the ministers to attend the act of support for Alberto Fernández organized by the UOCRA 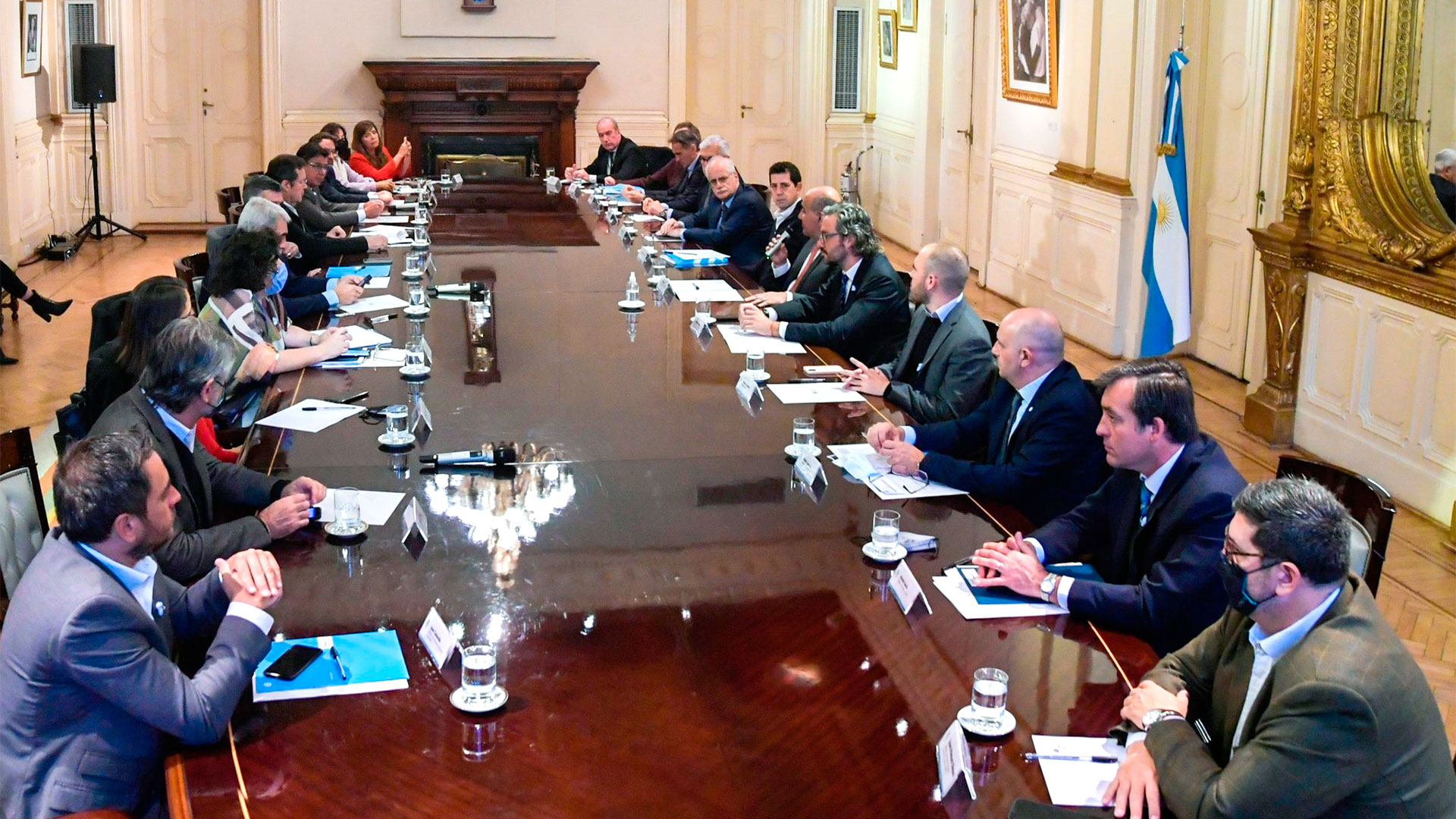 As usually happens in each Cabinet meeting, the ministers detailed the actions they have been developing. The technical aspects extended during long minutes. But just as 15 days ago Juan Manzur had told them that whoever did not agree with the government’s course should stay away from the national government, now there was another explicit request, by way of suggestion: President Alberto Fernández needs them in the act that tomorrow there will be in Esteban Echeverría, organized by the general secretary of the Construction Workers’ Union (UOCRA), Gerardo Martínez.

“Whoever doesn’t like it should leave”, was the phrase of that Wednesday, May 4. This Friday’s meeting at the premises that Martínez’s union has in Esteban Echeverría is awaited with great expectation and they want the explicit support of those who try to manage day by day in the midst of an inflationary crisis that worries but does not seem to have an end. The trade unionist of one of the unions that, thanks to the promotion of public works, had a significant recovery after the pandemic, called on governors, mayors, and other important members of the Frente de Todos to join the movement. And in Casa Rosada a couple of officials slipped that the President is preparing a “strong” speech.

Manzur will be one of those who will accompany the head of state to the south of the Buenos Aires suburbs. Governor Sergio Uñac, very close to Balcarce 50, has already confirmed that he will also go. Sergio Massa, president of the Chamber of Deputies, would do it virtually because he plans to travel to the Interior. It will be necessary to see if the ministers closest to Cristina Kirchner who are part of the Executive accept the invitation. 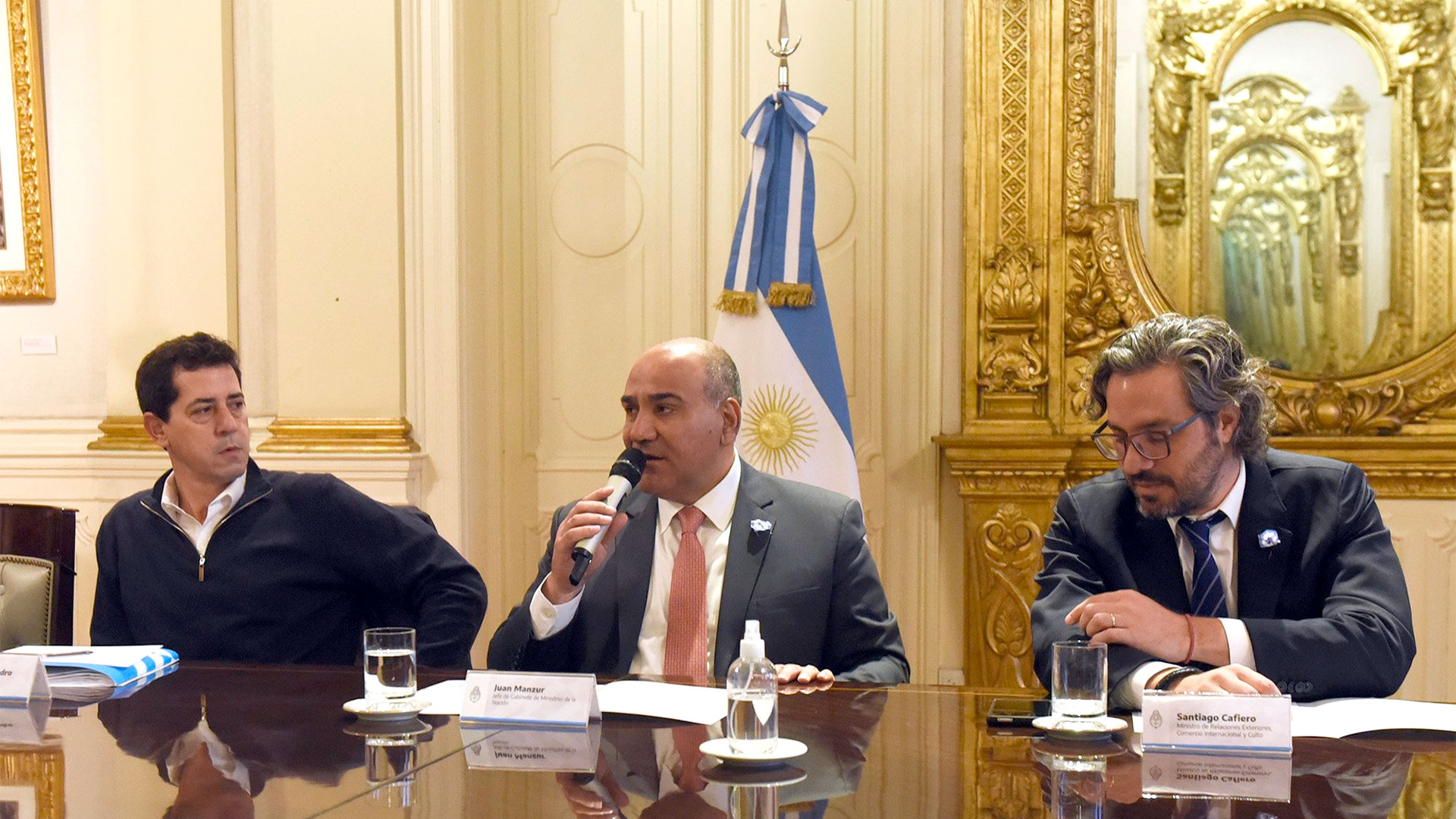 The direction of the economy was addressed but it was not the most extensive topic. Martín Guzmán insisted, according to La Rosada sources, on the “need for a sustainable fiscal policy” and asked that the “budget reallocation” be accelerated, which will serve each area of ​​government to clarify their actions. A decree from Alberto Fernández is needed due to the lack of approval of the 2022 Budget Law, which was not approved by Congress in the last days of last year.

Daniel Filmus, from Science and Technology, and Julián Domínguez, from Agriculture, Livestock and Fisheries, agreed on the importance of drought-resistant wheat and soybeans developed by Conicet with the company Bioceres. Especially in the global context of “crisis in food supply.” Both believe that it is necessary to insist on the technological possibilities of planting in areas of the country that until now are not very productive and that will serve to generate foreign currency from exports.

The almost two and a half hours that the conclave that takes place every two weeks at the request of Manzur demanded were crossed by the results of the 2022 Census that took place this Wednesday throughout the country. That is why the head of INDEC, Marco Lavagna, was the “special guest” and the one who spoke at the beginning. According to the results of the survey, the representativeness of legislators from some provinces could be altered. Eduardo “Wado” de Pedro raised the issue, although it did not become the axis of further discussion.

The Minister of Health, Carla Vizzotti, also had her space, who transmitted the conclusions of the Federal Health Council (COFESA) that was recently held in Villa La Angostura. He reported that the project does not seek to integrate the public and private health systems, but that “cost recovery must be achieved to achieve a balance between the various health subsystems” and also that “legislation is needed to avoid the judicialization of health against social works.

At a Cabinet meeting, each ministry set out the priorities that will strengthen the government plan.

One of the issues we addressed was the evolution of exports and their favorable results, which exceeded the rates obtained in the last decade at the national level. pic.twitter.com/EnR9tEPzGZ

At the meeting in the Eva Perón room on the first floor of the Rosada there were only four ministers absent. Matías Kulfas, from Productive Development, who is returning from Barcelona where the Assembly and Global Exhibition of Green Hydrogen was held; Matías Lammens, from Tourism, in a virtual meeting with his peers from the Argentine provinces; Jaime Perczyk, from Education, who participated in a virtual meeting of Higher Education and Jorge Ferraresi because he was part of the presidential delegation that delivered homes in San Juan at noon.

The Cabinet Chief, Juan Manzur, the Minister of Foreign Affairs, Santiago Cafiero, participated in the meeting of ministers; that of Economy, Martín Guzmán (who arrived a few minutes late); of the Interior, Eduardo de Pedro; of Labor, Claudio Moroni; of Defense, Jorge Taiana; Security, Aníbal Fernández, Social Development, Juan Zabaleta; of Justice and Human Rights, Martín Soria; Environment and Sustainable Development, Juan Cabandié; of Public Works, Gabriel Katopodis; of Culture, Tristán Bauer; of Transportation, Alexis Guerrera; of Agriculture, Livestock and Fisheries, Julián Domínguez; of Science, Technology and Innovation, Daniel Filmus and the Ministers of Health, Carla Vizzotti and of Women, Gender, and Diversity, Elizabeth Gómez Alcorta. Also present were the Legal and Technical Secretary, Vilma Ibarra; the Secretary for Strategic Affairs, Gustavo Beliz; the director of INDEC, Marco Lavagna; the Secretary of Media and Public Communication, Juan Ross; the Chief of Advisors to the Presidency; Juan Manuel Olmos and the spokesperson, Gabriela Cerruti.