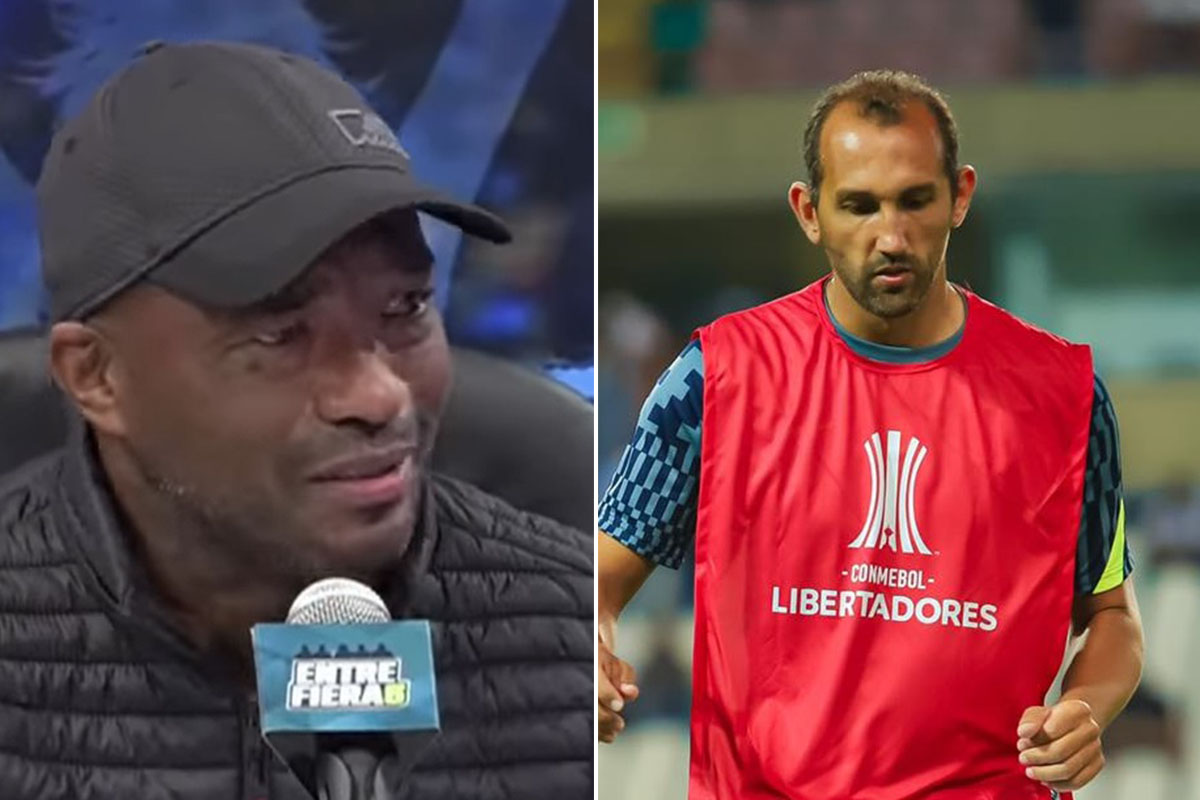 Waldir Sáenz is one of the most representative characters of Alianza Lima. Not for nothing is he the top scorer in history with 178 goals in 349 games. However, in recent weeks a controversy arose with Hernán Barcos, who had indirectly pointed out that the former soccer player was a bad person and with a strong additional qualification. Although ‘Wally”s response was immediate, he spoke again on this subject.

“This boy better dedicate himself to scoring goals so as not to be the joke of the 27 or 28 games without winning against the Copa Libertadores instead of being on social media”he pointed out in the program ‘Entre Fieras’ of the YouTube channel FC Fútbol Club.

Immediately afterwards, he was uncomfortable, since he considers that his opinion cannot go with criticism of the ‘blue and white’ team because the criticism of the fans reaches him. “I cannot comment on Alianza Lima. I have to say that he played well, that he had to win 3-0, all good. I mean, I cannot give an opinion, a criticism of a game that I have seen, they have not told me”commented.

Minutes later, Sáenz said he was a fan of the club and named some references. “I am a fan of Alianza Lima and if they ask me about a player I will say Jefferson, el ‘Zorrito’, but Alianza worries me”added the former player.

Although later he delved into the comment he made about the performance of the “intimates” before the cast of Santa Anita. “Without underestimating, San Martín is a club that has just appeared right now, and they played the game against Alianza, I just said what I saw and people get upset. My comment was that they should have scored three goals and that it was not a penalty.”assured.

Finally, Waldir denied that the fan’s publication on social networks had bothered him, but the fact that the “Pirate” had responded by reconfirming the message started made him uncomfortable. “Of the fan who made the comment, the truth is that I don’t care, but of him (Barcos), therein lies the problem. I have 178 goals, I will not be speaking and responding to a guy who has 10 goals”hill.

All this controversy arose when ‘Wally’ criticized the performance of Matute’s squad against the ‘saints’, a game that they won by a penalty against Cristian Benavente and that Barcos himself turned into a goal. “Mira give thanks to San Martín who did not score four goals against Alianza Lima, on top of that they gave him a penalty. There is no way that they have not charged Alianza penalties because none were, is this a penalty?he declared.

READ ALSO: Alianza Lima vs. San Martín 1-0: summary and goal of the “blue and white” victory for League 1

Given this comment, a fan spoke on his Twitter account with the following message: “He breaks my balls…, because I could understand it from anyone but not, a journalist who is a fan of ‘U’ says that it is criminal and Waldir says no. On top of saying that we deserved to lose by 4 goals, either he’s a bad guy or he’s an imbe…”. To which the Argentine footballer replied. “Las 2″adding the laughing emojis. 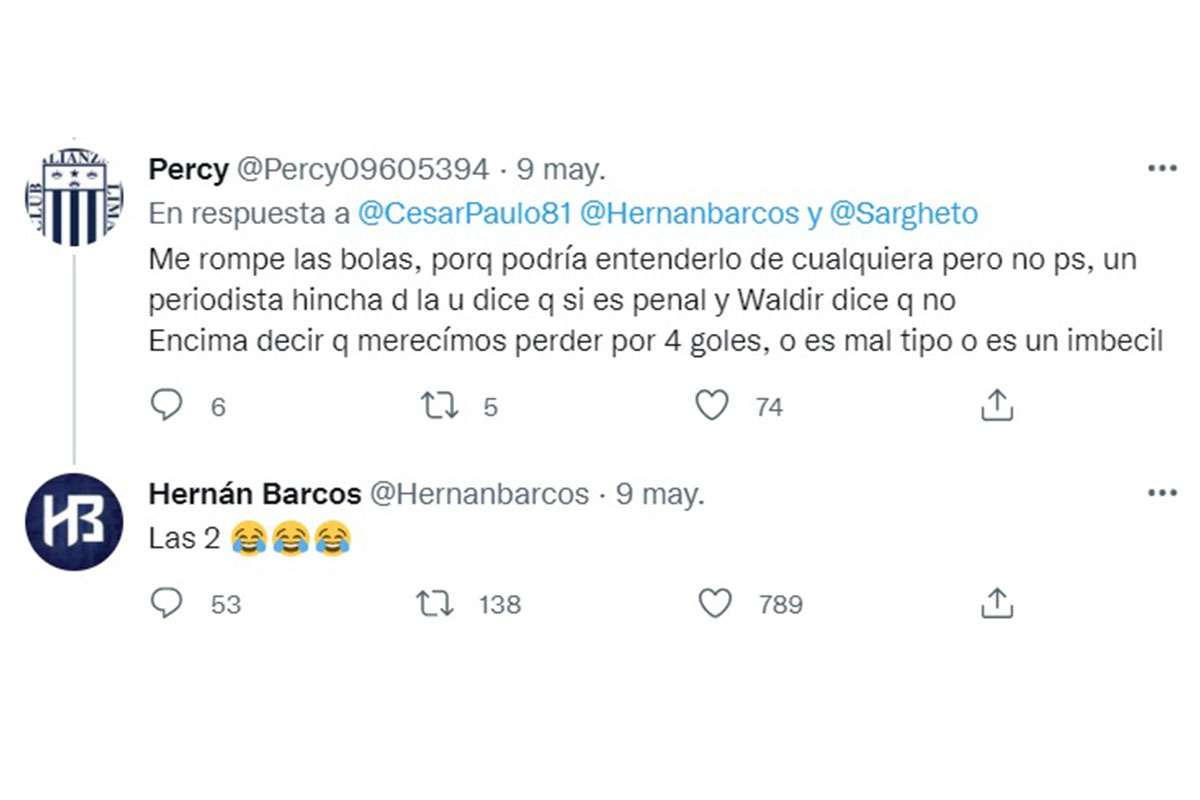 Controversial response from Hernán Barcos about Waldir Sáenz on Twitter.

So far, there has been no statement by the current Blue and White striker and it is not known whether there will be. The truth is that the experienced player is focused with the team on maintaining regularity in the local tournament that allows him to fight for the Apertura. In addition to being able to help him achieve the goal of accessing, at a minimum, the Copa Sudamericana and continuing to compete internationally. As for his goalscoring figures, at the domestic level he accumulates 6 goals in 11 games, while in the continental competition he has not yet made his debut this season.