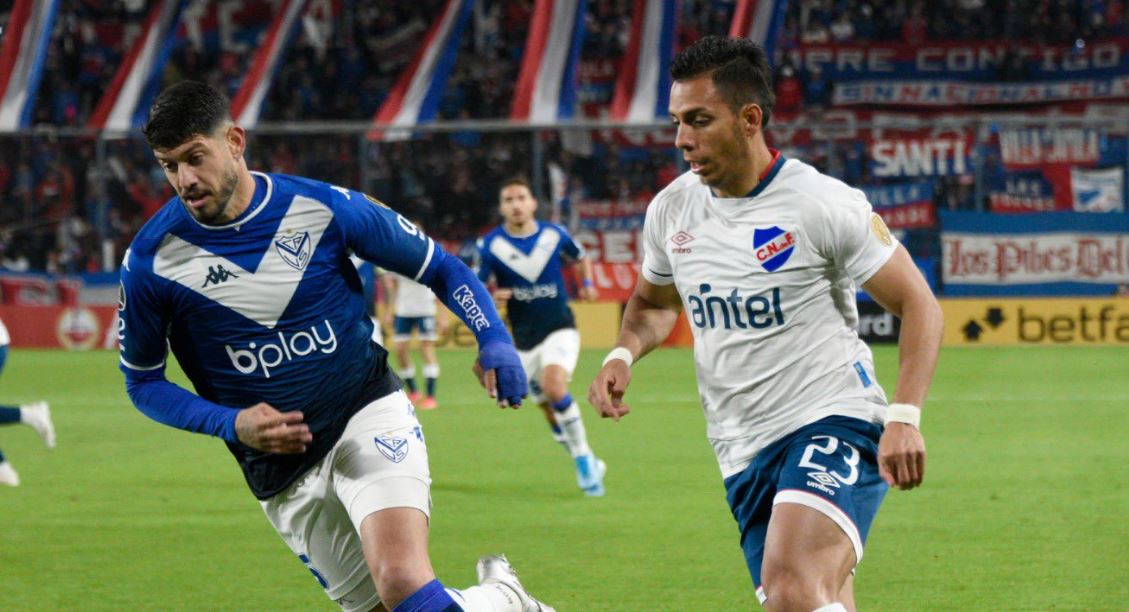 The Bag and the Fortín faced each other in Montevideo

The Copa Libertadores entered its final stretch and one of the most exciting groups is Group C. Although Estudiantes sealed their ticket to the round of 16 well in advance, the other three members of the zone are still in the race to advance from the zone. In it Grand Central Park Montevideo, there was a key duel between Nacional de Uruguay and Vélez Sarsfield, since the victory fueled the hope of accessing the next phase.

The victory of Pincha against Bragantino as a visitor left the standings red hot. Those from La Plata, with 13 units, guaranteed leadership in the area but there was still a place available. For this reason, the Fort appeared in the neighboring country with an aggressive attitude. Luca Orellano’s interventions generated constant concern in Martín Rodríguez, who had to make an effort on more than one occasion to avoid the premature Argentine goal. Even some offensive appearance of the figure from Velez crashed against the crossbar.

The striking thing was that the goal came at the least expected moment. And the team that had made the least merits. As if it were an axiom related to the dynamics of the unthinkableNacional appealed to the Law of the Ex to celebrate the 1 to 0 and put the cast led by Julio Vaccari against the ropes. It was Diego Zabala, through a low mid-range shot that took Lucas Hoyos off the scene, the author of the goal that opened the scoring. Despite the apology from the steering wheel, in Liniers everything was anger and pain.

But far from resigning himself, Vélez continued betting on his collective potential and Lucas Janson turned on the light of hope. The ex-Tiger improvised a magnificent individual work to celebrate the draw and provide an emotional injection for the complement. In the 1 to 1, the second stage was presented with a notable question mark, because neither of the two teams served him the distribution of points.

In the complement, the Bag came out with everything and sought to unbalance. His best credential was a stack from Camilo Cándido that he finished off wide. While the Fortín answered a good one from Lucas Pratto who played for Joel Soñora and his shot was deflected by goalkeeper Martín Rodríguez.

Then Vélez continued to make merits through Luca Orellano, who first hit a ball on the post and then demanded goalkeeper Rodríguez. After so much searching, the advantage came for the Argentine team and it was at 60 minutes through Matías de los Santos with a header from a corner kick.

For the last day of Group C, the Uruguayans will host Bragantino on Tuesday 24, starting at 7:15 p.m. Vélez, meanwhile, will be local against the already classified Estudiantes.

Students defeated Bragantino and secured first place in their Copa Libertadores group “Let Morena Beltrán not be angry”: the intense back and forth between Riquelme and the journalist for how Argentine football is played “If one turns on the TV , Boca should be fighting relegation”: 25 sentences from a recharged Riquelme