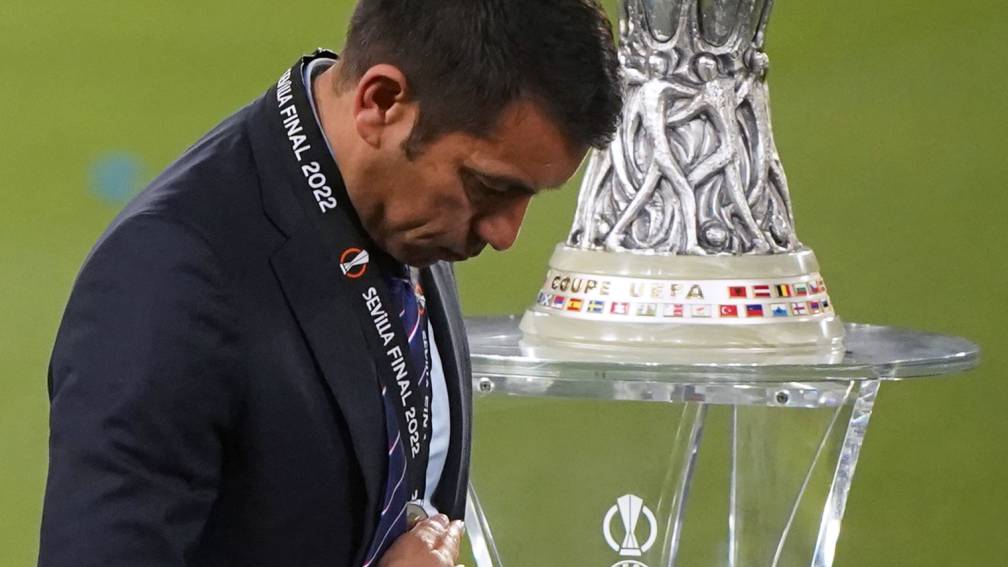 The disappointment was great for Giovanni van Bronckhorst after the lost Europa League final with Rangers against Eintracht Frankfurt. “Losing a European final hurts,” said the Scots coach after the penalty series.

“It was an equal match and we had the chances, but it was not enough. We did everything we could to win. I can’t complain about my group of players. They gave everything,” said Van Bronckhorst, who also added briefly referred to the lost World Cup final with the Orange in 2010. “I know how much this hurts.”

Rangers don’t have much time to mourn. The next final awaits on Saturday. Hearts is then the opponent in the FA Cup final. Van Bronckhorst: “It will be difficult to prepare them for that. We are emotionally in ruins and emotionally defeated. This was the most important game of the season.”

“It will not be easy on Saturday. But we will be ready to play the next final and end the season with a prize”, Van Bronckhorst is combative.