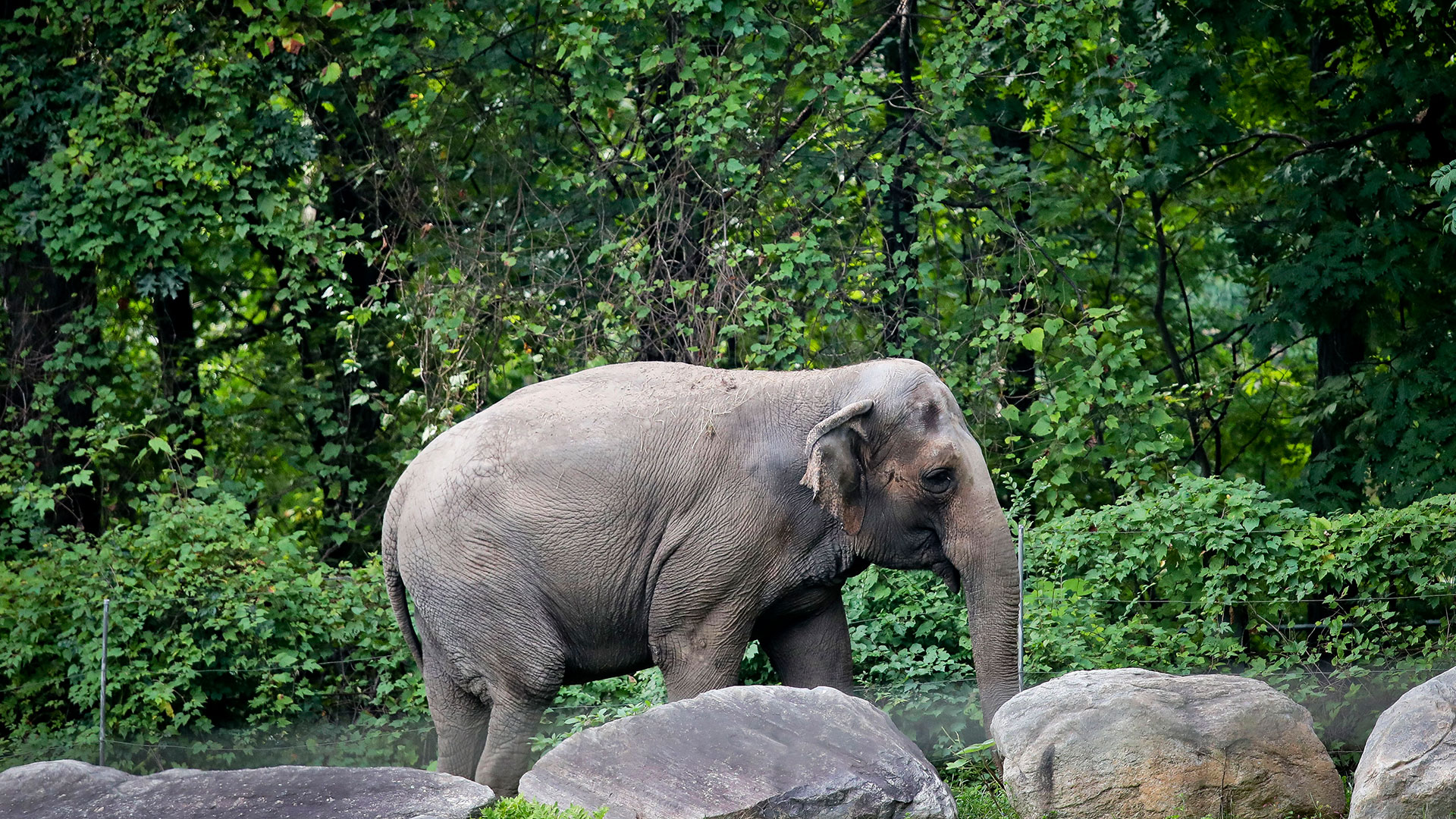 The elephant “Happy” from the Bronx Zoo walks inside the Asia Habitat at the zoo in New York. On Wednesday, May 18, 2022, a legal fight to free Happy, the elephant from the Bronx Zoo after 45 years, will be discussed before New York’s highest court in a closely watched case over whether a basic right of people can spread to an animal (AP/Bebeto Matthews, File)

He has four limbs, expressive eyes, and likes to wander through the greenery of New York City. Happy, by species, is an Asian elephant. But is she also a person?

That is the question before the New York Supreme Court on Wednesday in a closely watched case on whether a basic human right can be extended to an animal.

His advocates at the Nonhuman Rights Project say yes: Happy is an autonomous, cognitively complex elephant who deserves the right reserved by law for “a person.” The Bronx Zoo, where Happy resides, says no: through a lawyer, the zoo argues that Happy is neither an inmate nor a person, but a well-cared-for elephant “respected as the magnificent creature he is.”

Happy has lived at the Bronx Zoo for 45 years. The state Court of Appeals is hearing arguments about whether she should be released through habeas corpus proceedings, which is one way people can challenge unlawful confinement.

The Non-Human Rights Project wants her moved from a “one-acre prison” at the zoo to a more spacious sanctuary.

The group said that in 2005, Happy became the first elephant to pass a self-awareness indicator test, repeatedly touching a white “X” on his forehead while looking at himself in a large mirror.

The zoo and its supporters warn that a victory by advocates could open the door to more legal action on behalf of animals, including pets and other species in zoos.

“If the courts follow NRP’s demand to grant status to animals for habeas corpus purposes, elephants and other animals in every modern zoo in this country would have to be released or moved to facilities of the NRP’s choosing,” said Kenneth Manning, an attorney for the zoo’s operator the Wildlife Conservation Society, wrote in a court filing.

Happy was born in the wild in Asia in the early 1970s, captured and purchased when she was 1 year old to the United States, where she was eventually named after one of the characters in Snow White and the Seven Dwarfs. Happy arrived at the Bronx Zoo in 1977 with his elephant companion Grumpy, who was fatally injured in a 2002 confrontation with two other elephants. 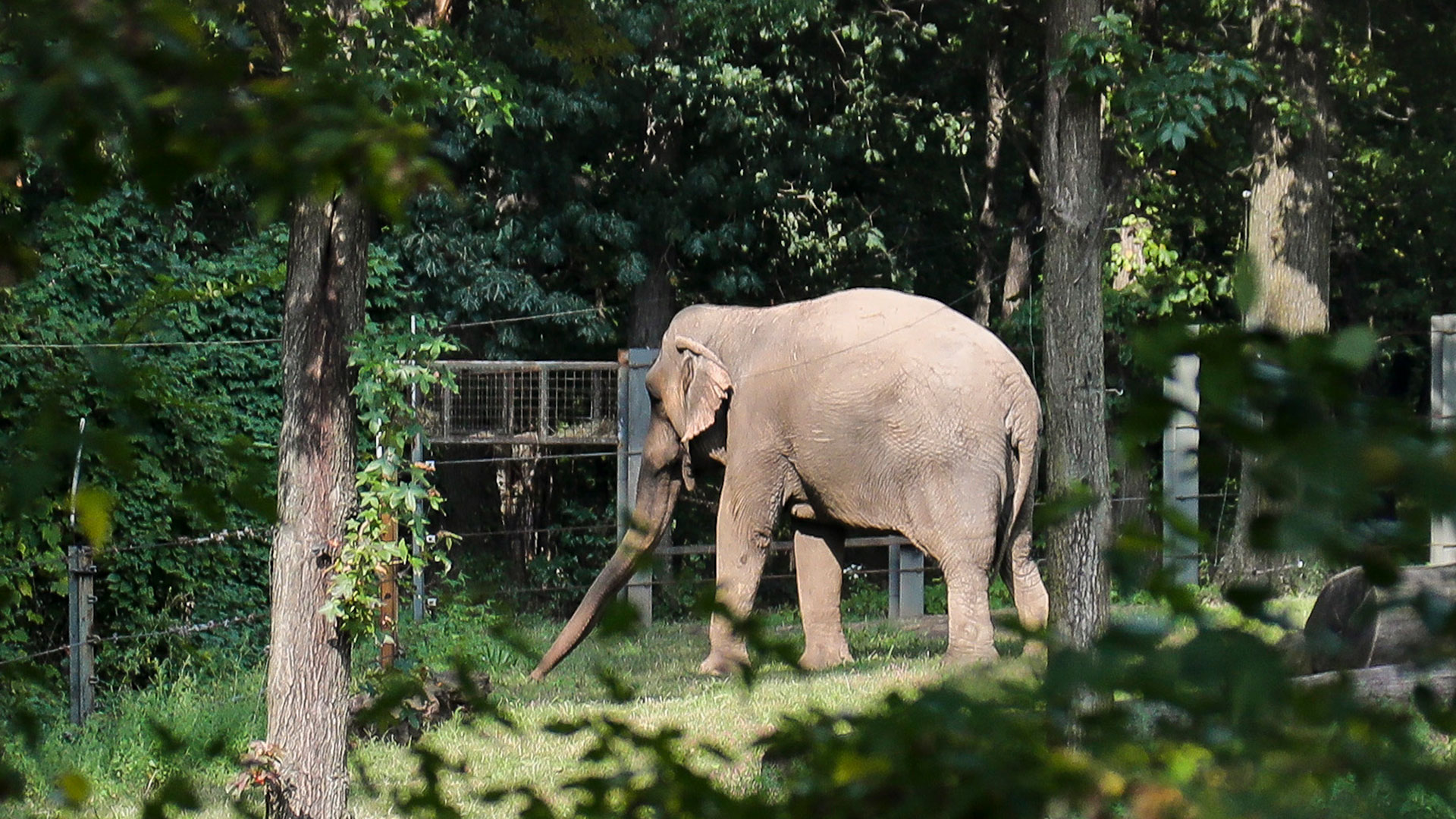 Happy now lives in an enclosure adjacent to the zoo’s other elephant, Patty. The zoo’s attorney argued in court papers that Happy can swim, feed and engage in other behaviors natural to elephants.

“NRP’s blatant exploitation of Happy the elephant to advance their coordinated agenda shows no concern for the individual animal and betrays the fact that they are willing to sacrifice Happy’s health and psychological well-being to set a precedent,” he said. the zoo in a prepared statement. .

NRP lawyers say that no matter how Happy is treated at the zoo, his right to “bodily freedom” is being violated. They argue that if the court recognizes Happy’s right to that habeas corpus release, she will be a “person” for that purpose. And then she must be released.

Lower courts have ruled against the NRP. And the group has failed to prevail in similar cases, including those involving an upstate New York chimpanzee named Tommy.

But last October, at the urging of another animal rights group, a federal judge ruled that Colombian drug lord Pablo Escobar’s infamous “cocaine hippos” could be recognized as persons or “interested persons” with legal rights in the United States. Joined. ramifications for the hippos themselves, given that they reside in Colombia.

Opponents hope the NRP’s string of court losses will continue with the high-profile New York court.

In a friend-of-the-court brief, the New York Farm Bureau and other farm groups said the NRP’s “novel theory of personality” would eliminate pigs, cows and chickens. The National Association for Biomedical Research said authorizing such petitions on behalf of animals could increase the costs of conducting critical research. 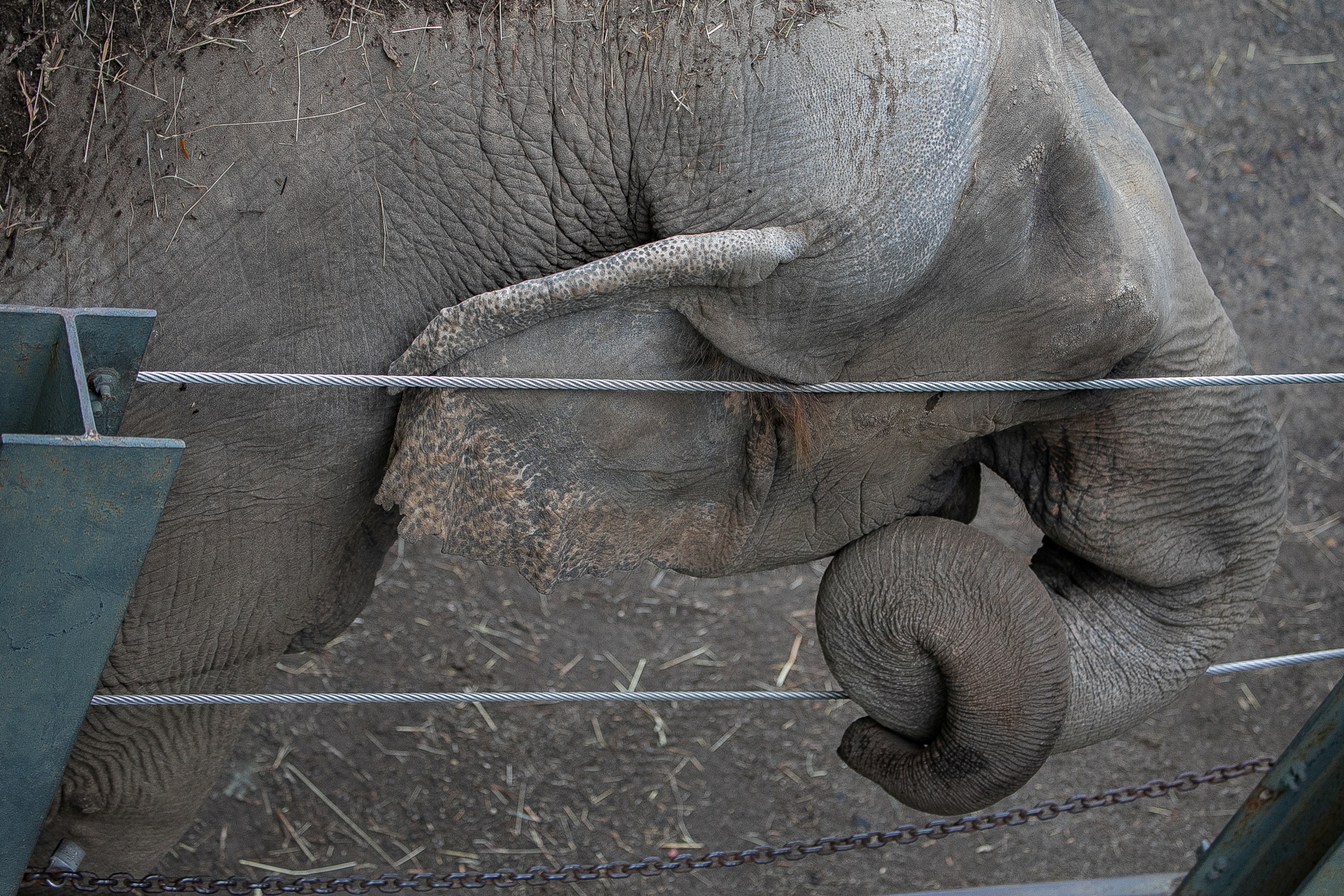 An elephant, known as Happy, is seen in his enclosure at the Bronx Zoo in New York City, New York, USA, in this handout photo from October 2020. Gigi Glendinning/Nonhuman Rights Project/Handout via REUTERS

Supporters of the NRP action include public figures such as Laurence Tribe, a professor at Harvard Law School. Many of them see in this case an opportunity for society to take a step forward in the ethical treatment of animals.

“We believe this legal moment for Happy represents a key cultural crossroads to think more openly and honestly, and less selfishly, about what it would mean to treat the uniqueness of nonhuman animals with the moral seriousness it deserves,” a brief submitted by Catholic academic theologians read.

The court’s decision is expected in the coming months.

At least one animal rights advocate suggests that a single court decision will not change society’s opinion on the use of animals. Rutgers Law School professor Gary Francione, who is not involved in the case, said that would require a broader culture shift.

“I have been vegan for 40 years. Don’t get me wrong, I don’t agree with the use of animals in general,” Francione said. “The very fact that the court starts saying that non-human animals are people under the law will raise all kinds of questions, the answers to which will not be accessible to many people.”