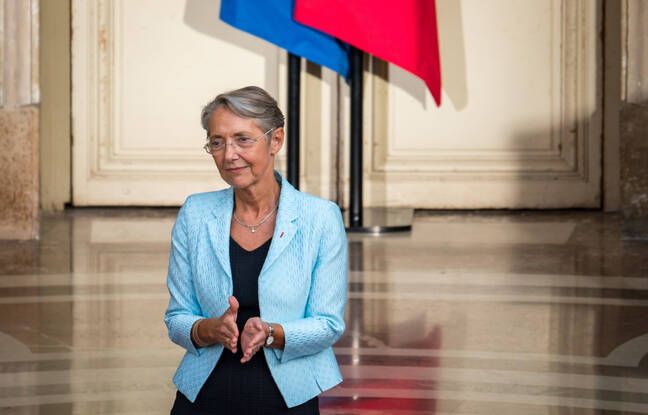 Madam Judge, Madam Minister, Madam President… Many people still refuse to feminize the names of professions practiced by women. According to the far-right polemicist, the name “Prime Minister” is “ugly on the ear”. A “very weak” argument, which makes Christine Bard, historian, author of the book Feminisms, smile. 150 years of received ideas.

Craftswomen and authors since the Middle Ages

“When we are at the end of arguments, we talk about aesthetic shock. Some opponents of women’s suffrage said that the act of voting was unsightly, that voting would make women ugly, that working would make women ugly. It’s a very old rhetoric,” explains Christine Bard. In 2018, radio journalist David Abiker was indignant at the use of the word “author” which he found “ultra ugly” and he was far from the only one. Very similar, “actress” has never caused such controversy.

“The feminization of trade names is one of the indicators of equality and emancipation for women,” says Christine Bard, who recalls that many trades were feminized in the Middle Ages. The French then used the words “artisanes” or “autrices”. As early as 1689, the doctor and man of letters Andry de Boisregard opposed this practice: “It must be said that this woman is a poet, a philosopher, a doctor, an author, a painter; and not a poet, philosopher, doctor, author, painter, etc. »

It was actually in the 17th century, with the creation of the French Academy by Cardinal Richelieu, that the French language was “regulated”. The “men of power” of the time “wanted to standardize French and imprint a masculine brand that allowed them to more easily remove women from power,” explains Christine Bard. “Because of course the feminine does not pose a problem when it comes to ordinary tasks, often poorly paid and undervalued”, she slips. The French language is supposed to evolve “from below” thanks to the speakers who speak it and to use, but it is “regulated by the French Academy, these elites, these golden eagles who think they can tell us how to speak”, underlines Véronique Perry, researcher in linguistics.

Following a very long feminist fight, the Immortals ended up accepting the principle of feminization in 2019. usually operates without coercion,” the institution states. However, in the professions of power, the feminization of titles continues to cause some teeth to cringe. Starting with Eric Zemmour who “is more royalist than the king” by adopting this position, underlines Christine Bard.

A “tool of male domination over women”

And if the position is now in the minority, he is not alone. In October 2021, the deputy Les Républicains Julien Aubert insisted on calling the Minister for the Ecological Transition “Madam Minister”, despite several calls to order from Barbara Pompili who, exasperated, ended up calling her “Mr. rapporteur”. “It’s a tool for the domination of men over women,” explains Véronique Perry. As soon as a woman has power, “you have to control her by talking, by humiliation. It’s an exercise in submission,” she adds.

However, as early as 1998, women ministers under the Jospin government asked to see their functions feminized. As early as 1986, a circular is sent to the whole of the government in order to enforce the functions of women. “But that’s not enough”, underlines the linguist who recalls that on a daily basis, if a woman presents herself in her feminized function and undergoes “mockery, remarks and negative reactions, it creates weariness. »

These women who want men’s titles

Moreover, some women refuse to have their title feminized. Thus, the Immortal Hélène Carrère d’Encausse insists on being called “the Perpetual Secretary of the French Academy”. Michèle Alliot-Marie, former Minister of the Interior and Defence, demanded that we call her “Madam Minister”.

“We must not hide the opposition of a certain number of women to feminization. Some women consider that it is not a matter of their job but of a function which must be spoken about in the neutral, they think that speaking in the masculine will give way to the neutrality of the function and, unconsciously, that a title in the masculine has a part of nobility which disappears in the feminine”, analyzes Christine Bard. What prolong the invisibilization of women in power in our country.