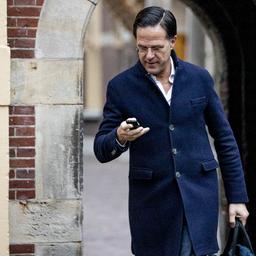 Prime Minister Mark Rutte has been removing text messages from his phone every day for years, because he did not have enough space on the device to store the messages. He forwarded text messages that he thought were important enough to archive to officials, the rest he deleted himself, reports de Volkskrant Wednesday.

According to de Volkskrant, it is impossible to find out whether this was done in accordance with the Archives Act, because the prime minister always deleted his text messages himself. According to that law, the government must retain important information and make it accessible. In this way, the government can be held accountable. The information can also be useful for investigations.

In 2020, the newspaper had requested access to Rutte’s text messages about the corona policy via the Government Information (Public Access) Act (Wob). Subsequently, the newspaper only received messages that Rutte had sent to his own officials. In addition, the text messages would not have come from the prime minister’s own phone, but only from officials’ phones.

Weather in Monterrey today: the forecast for Saturday, July 2, 2022

‘Grey Wolf’ won’t be alderman after all