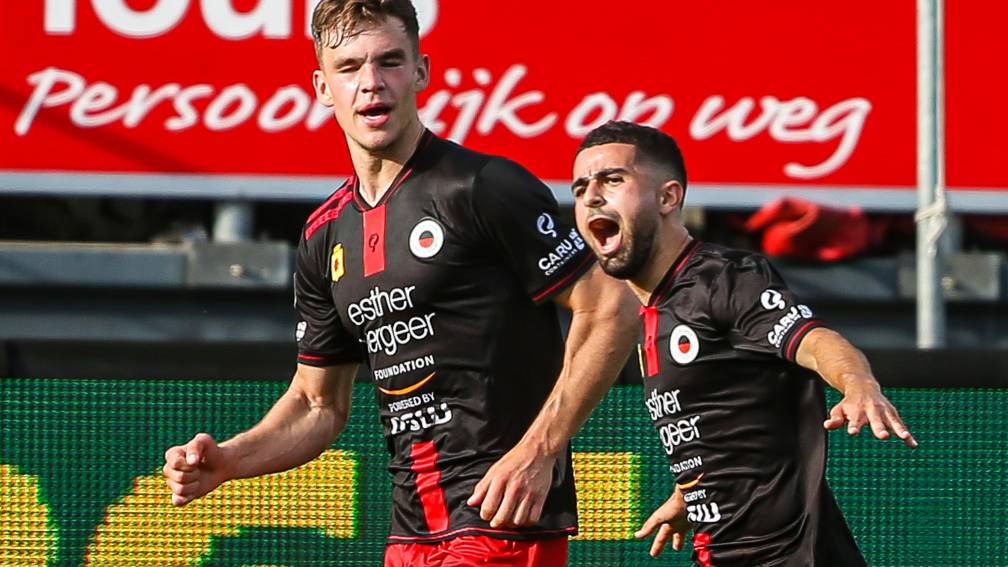 Excelsior, which finished sixth in the Kitchen Champion Division, shot from the starting blocks and created one chance after another. After a slight push in the back from Sven Sonnenberg, Reuven Niemeijer could only go towards the Almelo goal in the fifth minute, but he let himself be sent too far to the side by goalkeeper Koen Bucker, who made a nice save a minute later when Thijs Dallinga after a nice Rotterdam attack from close range.

After Dallinga, the 21-year-old top scorer in the first division with 32 goals, and Marouan Azarkan again failed to open the score, the latter succeeded in the twentieth minute. Niemeijer put the ball back to Azarkan in the penalty area, who passed Bucker with a hard bang.

The goalscorer did not come to another feat of arms. After a serious violation by Lucas Schoofs, who mercifully got off with a yellow card, Azarkan left the artificial grass field in Kralingen on a stretcher. Excelsior, which could have doubled the margin through a header from Dallinga, seemed a bit taken aback. In any case, the foot went off the accelerator.