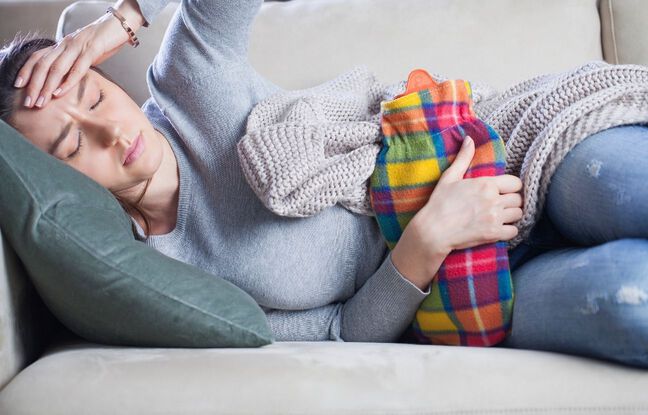 “Let’s stop doing our precious things and continue the battle for equality, annoys Muriel, 40, who responded to our call for testimonies. Women suffering from endometriosis deserve a work stoppage prescribed by their doctor. For others, a spasfon or a doliprane is enough. »

Spain presented a bill on Tuesday to introduce menstrual leave. Or a monthly sick leave for women who suffer from particularly painful periods. “It’s over going to work with pain or stuffing yourself with tablets,” said the Spanish Minister for Equality. An idea that France could take inspiration from? The initiative has already been adopted by certain countries such as Japan and South Korea, but also by French SMEs. The sign of a real revolution in society, where menstruation comes out of omerta? If the possibility of a menstrual leave interests, the opinions differ on its concretization.

“Those who have big problems get sick leave”

For Muriel, therefore, far from being a feminist advance, it would be “counterproductive: We want gender equality and menstrual leave at the same time! “. The bill also raises the issue of privacy. Indeed, when you are on sick leave, the document sent to human resources does not specify whether it is due to knee surgery or depression… “Do I really want my boss and my colleagues to know that my cycle lasts 25 or 30 days?, quips the quadra. Each cycle is different, both in terms of duration and pain. »

Marthe, 66, assumes her opposition on the economic side. “Many companies will not have the means to do so,” she criticizes. What about teachers who will be on menstrual leave? Most women are actually not in the best shape, but you learn to manage. “Same question on the side of Joëlle Belaisch Allart, the president of the National College of French Gynecologists and Obstetricians (CNGOF). “I don’t quite understand the interest. If a patient suffers a lot during her period, we can already take a work stoppage in France. However, if we introduce this menstrual leave, all women will stop every time they have their period? It would be madness. »

“It doesn’t matter what the employers think! »

Above all, it would not necessarily be a service to be rendered to women, who are unfortunately already likely, in the eyes of certain recruiters, to be absent due to pregnancy… and childcare. According to Mélanie, 34, a day off for menstruation would certainly be “a historic step forward, no matter what employers think! If it becomes a right, they must not give their opinion”. “However, she continues, I understand the difficulty of putting this type of leave in place, because it is clear that some people will benefit from it. And it is not always easy to find a replacement quickly. In some trades, there is already a shortage of staff. So it would require effort from other employees. »

What did not escape Simon, 30 years old. “Would an additional workload for their male counterparts not risk, in the long term, creating tensions? If this is implemented without precaution, I think that discrimination in hiring will explode, normal sexism will advance. Or in the end, we will end up with similar menstrual leave in Japan, where it is taken by less than 1% of women. »

“Going to work with pain and symptoms is fighting in silence”

On the other side, some, who suffer from extremely disabling rules, welcome the initiative. “I suffered for a lifetime, from my first period at 12 until I was 46, summarizes Laurette, 47. I was never heard or taken seriously. My doctor told me that it was normal to suffer during your period. To discover at more than 30 years an endometriosis installed for years which had had time to make a carnage. So endometriosis or not, you have to listen to these young or less young women. It is superhuman to go to work with pain and symptoms, it is to fight in silence and to endure the incomprehension of male or female colleagues. »

Chloé, 26, goes further. For her, this leave would only be fair. ” This text [espagnol] concerns painful and disabling periods. It is not normal for any other incapacitating pain to be discharged and not if it is from menstruation. »

Laetitia, 49, suffers from adenomyosis, a form of endometriosis. And every month, when her period comes, she has to struggle to go to work. “These pains are a real handicap, especially when you have to face an audience. I am a teacher and doing class is terrible. Sometimes I feel ill in class, accompanied by nausea caused by the pain. Painkillers don’t change that. I then lose a day’s salary… And that is unfair. »

Since January 2018, blackout day for civil servants has indeed been reinstated. They are therefore not paid on the first day of their sick leave. “It seems essential to me that endometriosis be recognized as a handicap and no longer penalize women, at least financially, continues this Internet user. The introduction of menstrual leave in this type of case seems to me to be entirely justified. »

Same enthusiasm on the side of Virginie Rio, president of the bamp collective, which accompanies infertile couples. According to her, this debate is part of a news rich in initiatives on women’s health. “It shows a highlighting of gynecological problems,” she adds. Books, bills, start-ups talk about rules, miscarriages, infertility… All these initiatives aim to change attitudes. Turning it into law takes time. We’ve come so far…”