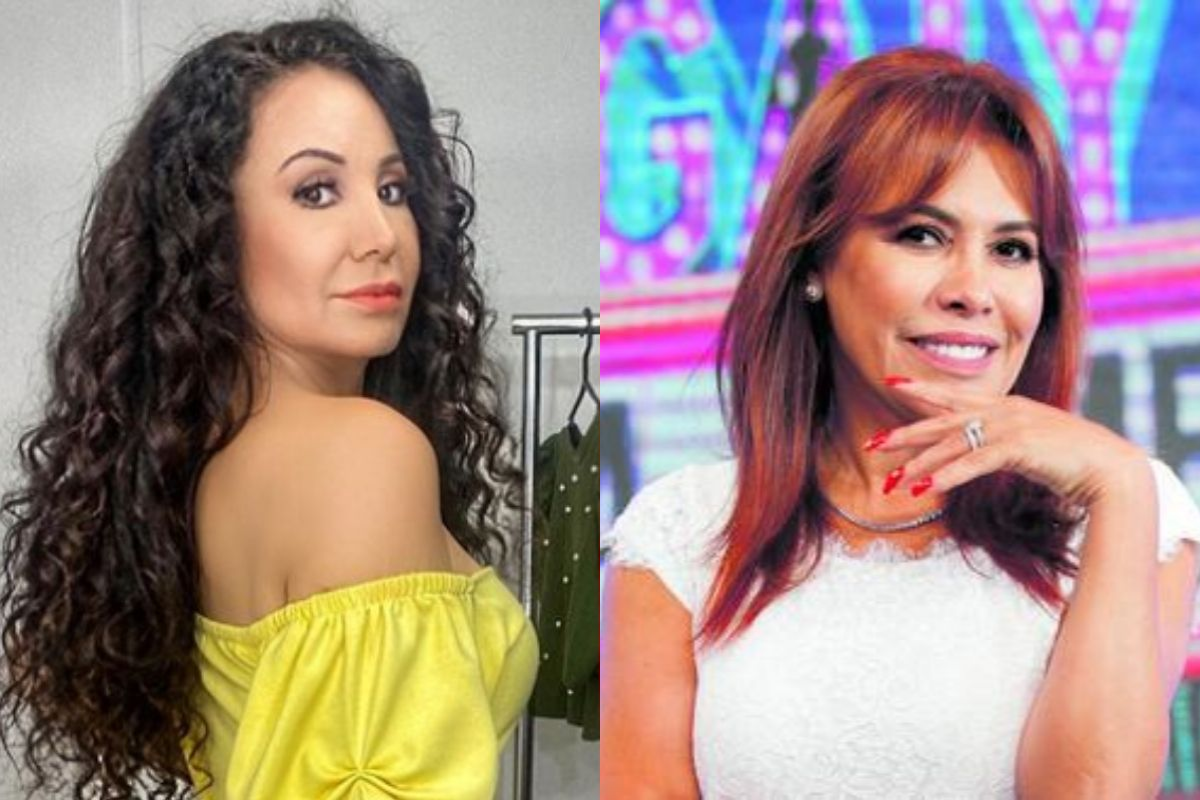 During the latest edition of América Hoy, the magazine discussed the hints that ex-partners send each other through social networks. As a result, Janet Barboza could not help but mention that many television hosts use their TikTok account for this purpose.

While her companions commented on their experiences, the popular “Rulitos” began to walk like a penguin, in clear reference to Magaly Medina’s husband, Alfredo Zambrano, who sent her a notarized letter a week ago.

They immediately asked Janet Barboza why she did that peculiar way of walking, knowing what had happened days ago, they also asked her if what she was doing was a hint.

Listening to the query of the other conductors of América Hoy, “Rulitos” indicated that she was not sending this type of hidden messages, but that she said things directly. “I do not send hints, I am very direct”, he commented.

His companions, upon hearing what Janet Barboza said, only managed to laugh and then continue commenting on their experiences about the hints that they had to face at some point after ending a romantic relationship.

The host of América Hoy does not forget that Magaly Medina’s husband sent her a notarial letter and continues to send hints.

Janet Barboza showed her discomfort after receiving the notarial letter from Alfredo Zambrano, husband of Magaly Medina, after calling him “penguin” and implying that he was unfaithful to the show host.

“If you forgave your penguin and then washed his face and powdered him to save your marriage, why criticize others?”, Said the presenter of América Hoy that aroused the indignation of the notary.

Through her Twitter account, the television host pointed out that Magaly Medina likes to criticize other people, but when it comes to her and her partner, she changes completely. “Accustomed all my life to insult and damage, but nobody tells you anything“, wrote.

During her program on Tuesday, May 10, Magaly Medina was quite upset about what Janet Barboza said about her husband. The controversial television host made it clear that she is not comfortable with the adjectives put on her notary, especially since she is a prepared man.

“By the way, my husband has a name, he is a lawyer, a successful, honest and hard-working man. He dares to imply to people that I have forgiven an infidelity of my husband during my marriage, and everyone who knows me, including my husband, knows it. The day they cheat on me, I have dignity, I know who I am, I know what I’m worth and what I’m worth, and if one day they don’t value me”, said the ‘Magpie’.

Luciana Fuster denies ‘Peluchín’ about the use of botox: “I don’t need it, I have beautiful skin”Miss Peru 2022: Alessia Rovegno receives criticism for controversial response about why she deserves to winVania Bludau and her acid comments against Mario Irivarren: “Perhaps her therapy is an exchange”