It’s a long novel, it’s a beautiful story. Well, no, a dirty story. In September, the city of Rennes is preparing to close the chapter of a project that it had not at all envisaged as long. Like the Plus belle la vie series, the interminable construction site of the Courrouze school is coming to an end. The companies carrying out the work have promised to hand over the keys to the city at the beginning of July in order to envisage a serene return to school in September. In this booming district, the first inhabitants arrived in 2011. Families were then promised the imminent opening of a large primary and nursery school. They had to wait eleven years. Blame it on a nasty pocket of pollutants left in the soil.

We had to start all over again. In 2016, the mayor of Rennes Nathalie Appéré announced the abandonment of the construction site of the Courrouze school, after two years of expertise, studies and decontamination attempts. The observation was then clear: impossible to build a school on land where residues of chlorinated solvents from the industrial past of the district remain detectable. The decision had been made to build a new building next door to accommodate the school group. 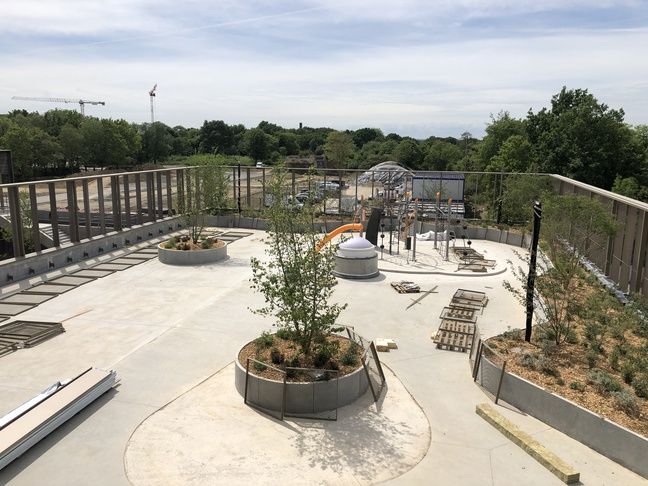 Already well advanced, the other building had been sold to the promoter Legendre, who has since enlarged it and should soon house offices there. Promised for 2021, the school called Simone Veil will finally open at the start of the 2022 school year. “It’s a relief because there are strong expectations from families in the neighborhood”, recognizes the mayor Nathalie Appéré.

A neighborhood that lacks life

This project, estimated at 21 million euros, will allow parents whose children were educated in Champion de Cicé (Cleunay) and Marie Pape-Carpantier (La Mabilais) to return to the district. “A school is a local element that contributes to the life of a district. La Courrouze will be able to organize itself around it, ”adds the mayor. The forthcoming arrival of line B of the metro as well as the recent deliveries of facilities such as the Antipode or the Cartoucheries have given the district an animation that it was sorely lacking. A few businesses have emerged here and there but it is still difficult to “live” fully in La Courrouze. We could rather say that we sleep there, even if the green setting attracts many families.

In total, the school group will be able to accommodate 16 classes. At the start of the school year in September, there will be only six of them (three in elementary and three in kindergarten), while waiting for the numbers to increase with the arrival of new families.

The bombing of the Mariupol theater was a war crime, according to AI

For aviation with zero emissions by 2050