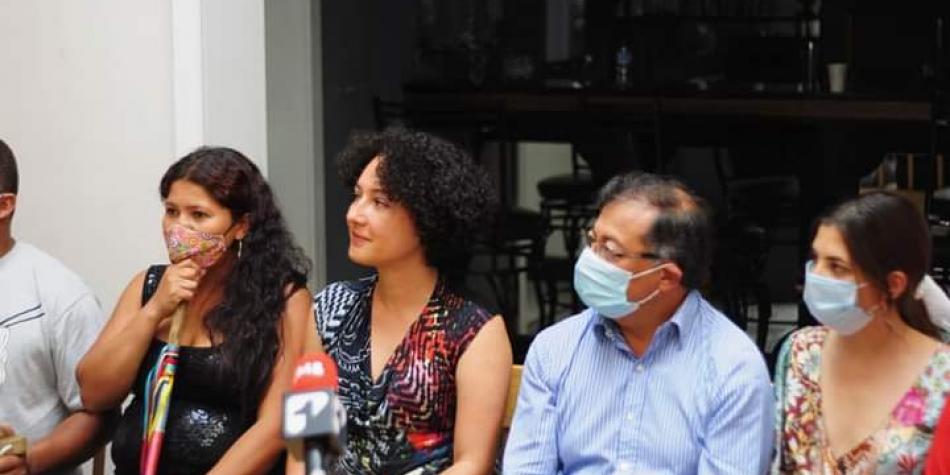 The Electoral Observation Mission (MOE) has issued alerts that account for the risks faced by citizens in Bello, Caucasia, El Bagre and Murindó, however, no action has been taken against them.

Two weeks before the first presidential round, the Historical Pact continues to denounce the lack of guarantees to carry out the day. This May 17, the leaders of the movement in Antioquia pointed out that in Medellín, the capital of that department, the majority of voting jurors are linked in some way to the Antioquia Business Group (GEA) and in other municipalities, requirements regarding of security.

Regarding the first complaint, Isabel Zuleta, senator-elect and coordinator of the electoral process in Antioquia of the Historical Pact, assured that of 97,064 jurors nominated by private companies, 26,613 belong to the GEA or have shares in it.

On the other hand, it was indicated that the Electoral Observation Mission (MOE) has issued alerts that account for the risks faced by citizens in Bello, Caucasia, El Bagre and Murindó, however, no action has been taken against them.

“These alerts were made by the MOE and also by an institution that issues early warnings, which is the Ombudsman’s Office. What we are asking the citizenry today is that the state is not responding in Antioquia to early warnings on electoral matters. It is very serious that it is not attended to, for example, Medellín, Bello, Caucasia, El Bagre and Murindó, are the municipalities that are at high electoral risk”, affirmed Zuleta.

It must be remembered that Antioquia is one of the departments most affected by the internal armed conflict.

The EOM indicates that, despite the Final Peace Agreement between the Colombian State and the former Revolutionary Armed Forces of Colombia (FARC), violence has intensified in areas historically marked by conflict, as is the case of Antioquia. This is due to the arrival in the territories and configuration of new violent actors such as the FARC dissidents, the National Liberation Army (ELN), among other Organized Armed Groups (GAO). In addition to the historical debt that the State has with being present in these parts of the country.

“The presence and actions of illegal armed groups in these areas have an impact on the electoral process, and if the necessary measures are not adopted, the March 13 election day could be seriously affected. An example of this is Arauca, a department that in the last two weeks has been the victim of armed actions by the ELN and FARC dissidents,” said Alejandra Barrios, director of the MOE since the beginning of 2022.

The EOM recommended that state entities watch over voting days, however, the leaders of the Historical Pact in Antioquia assure that in this department there are no guarantees. Taking this into account, the group of representatives elected by Antioquia of the Historical Pact requested a meeting with the government to specify protection schemes for citizens and the headquarters and members of the movement.

On the other hand, in order to stop being seen as threats, Zuleta asked the Team for Colombia candidate, Federico Gutiérrez, not to stigmatize the Historical Pact. This, after the right-wing politician claimed that this latest movement was spying on him with hidden microphones.

“Federico Gutiérrez’s campaign has been dedicated to discrediting the Historical Pact, if they have evidence, what they have to do is go to the Prosecutor’s Office, not defame the other campaign, we present the complaints as we do, we present the brief” , Zuleta said.

Pre-agreement formalized between Enrique Vives and the Prosecutor’s Office: he will only pay seven and a half years in prison They capture the murderer of Karol Natalia Chantre, the five-year-old girl raped in Huila