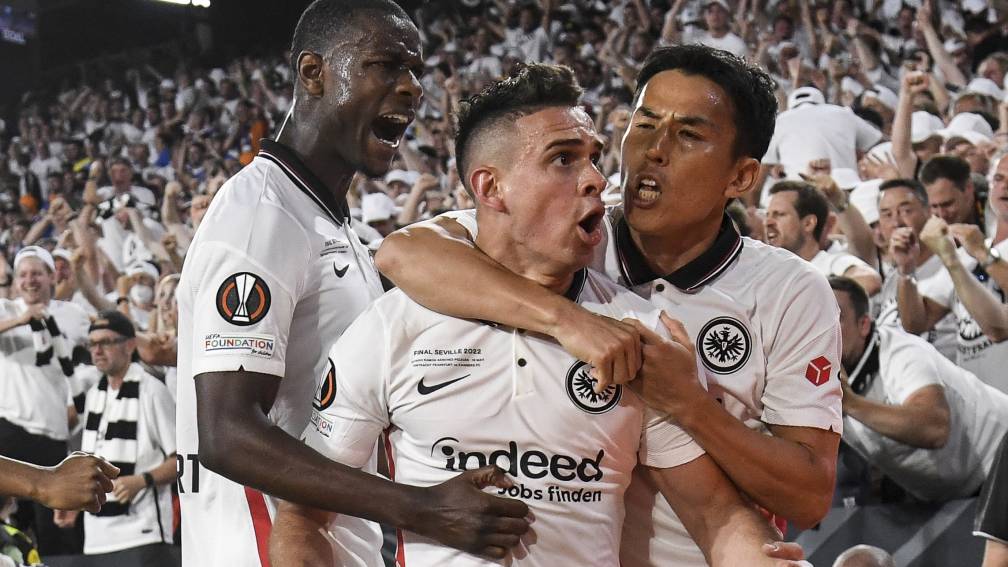 Eintracht Frankfurt has won its second European top prize in club history. In the sweltering Estadio Ramón Sánchez Pizjuán in Seville, the German middle engine, who won the UEFA Cup in 1980, was the boss of manager Giovanni van Bronckhorst in the final of the Europa League Rangers FC, after penalties.

After ninety minutes the score was 1-1, after which the extension resulted in no more hits. The overall victory in the second European club tournament not only earns Eintracht a cup, but also a ticket for next season’s Champions League.

As the Dutch Rangers coach had already announced, the white-clad Eintracht Frankfurt – the kit in which the favorite FC Barcelona was surprisingly defeated in the quarter-finals – left the initiative to the Scottish formation, hoping to strike in the counter.

Like in the 11th minute when Daichi Kamada squirmed past two defenders but ran into goalkeeper Allan McGregor, who also grabbed Djibril Sow’s rebound. An even bigger chance was there for Ansgar Knauff, who forced McGregor into the corner with his left.