Dry spring exposes dichotomy between west and south and east 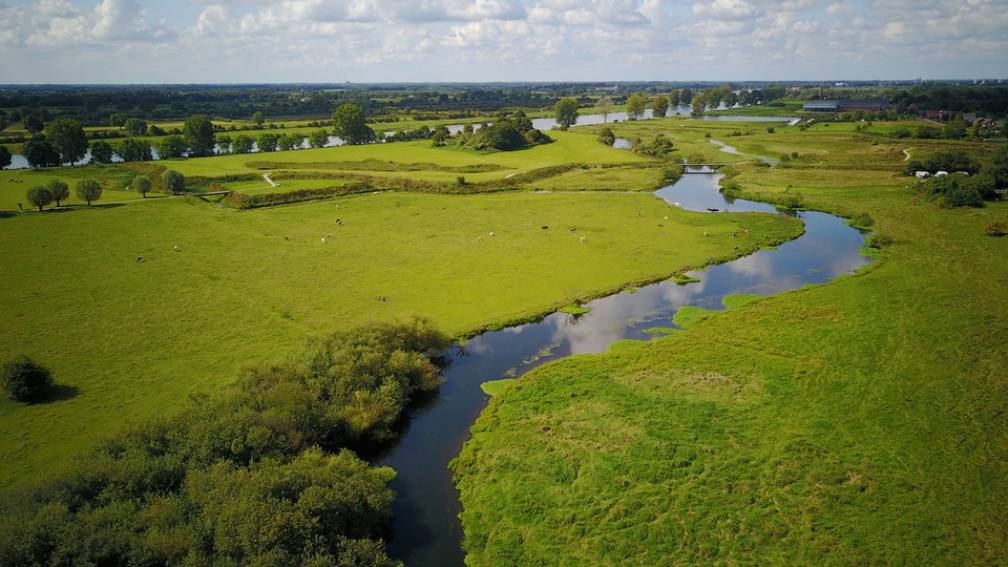 The exceptionally dry spring exposes a dichotomy in the Netherlands: the west manages with the water supply from the major rivers and the east and south struggle with the drought.

This is also apparent from an inventory carried out by the NOS among eighteen water boards. The biggest problem is the provinces with high sandy soils: North Brabant, Limburg, Gelderland, Drenthe and Overijssel. Water supply from rivers or the IJsselmeer to those sandy soils is difficult; they are entirely dependent on rainfall to maintain the level of ground and surface water.

The precipitation deficit this spring is approaching the record drought year 1976. This causes problems in agriculture and nature in particular. Irrigation bans are already in place in parts of Brabant. Today, a spray ban will be added in parts of Gelderland and Utrecht.

According to water boards with drought problems, the solution is to retain water during wet periods, so that it can be used again in times of drought. Our inventory shows that much is already happening in this area, but the approach is fragmented and there are conflicting interests. There is no other way, says hydrologist Niko Wanders of Utrecht University. “We have to accept that occasionally a cellar is flooded or a farmer is temporarily unable to go on the land, because we want to retain more water”.

The search for a balance between retaining water and preventing flooding has been in full swing since the extremely dry summers in 2018 and 2019. “We work on this balance every day,” writes the Brabant water board De Dommel.

In many places, groundwater and surface water in streams and ditches are maintained artificially. Thousands of weirs have been installed for this purpose. Some are automated, some are manual work. In Limburg, sandbags are used to maintain the water level in the streams. In the Aa en Maas water board (East Brabant), ditches are used as an ‘inlet’ to lead water from the Maas to the surrounding land. In other places, fields are flooded and bends in ditches are repaired to slow down the drainage of rainwater.

It takes some getting used to, many water boards write. According to Brabantse Delta, it is more in our nature to fight against the water than to retain it: “We have arranged our country in such a way that we drain the water as quickly as possible to prevent flooding. We have become so good at that that we’re having trouble with it now.” Water Board De Dommel calls it “a reversal of what was normal for generations. We must learn to be careful with every shower.”

Hydrologist Wanders also sees a major turnaround. “The Dutch are always afraid of those wet feet, that is part of our culture. The drought problem is relatively new to us. That means that we do not yet have all the resources and the mindset for it.”

There are plenty of future plans. For example, the Rijn en IJssel water board wants to infiltrate water on a large scale in winter in higher sand ridges to build up buffers. Purified water from sewage treatment plants is also “a promising, constant water source that can be used to prevent the impact of drought”.

Water boards consider it important that a structural approach is introduced, in which water availability is leading in spatial planning and land use. The layout and use of the land are based on the climate of fifty years ago, says the Rijn en IJssel (Gelderland) water board. “That has to change and that is a process of major investments, radical choices that affect land users, the commitment of many parties and a long breath.”

Role for the citizen

Many measures are aimed at water use in agriculture. All water boards also point out the role of citizens: they too must learn how precious drinking water is. The government can play a role in this, suggests the Vallei en Veluwe water board: “For example, by legally laying down that rainwater storage for sprinkler water under gardens is realized in new buildings. A graduated drinking water rate would also be welcome: the current price for normal use and a significantly higher price for ‘luxury water’.”

Hydrologist Wanders understands that it is not yet perfectly arranged. “Water boards are really working on it, but the drought has only been on the radar since 2018. It just takes time to take those kinds of measures. It takes more than five years.