Cork in the eye ends dream debut; sensation Girmay gets off in Giro 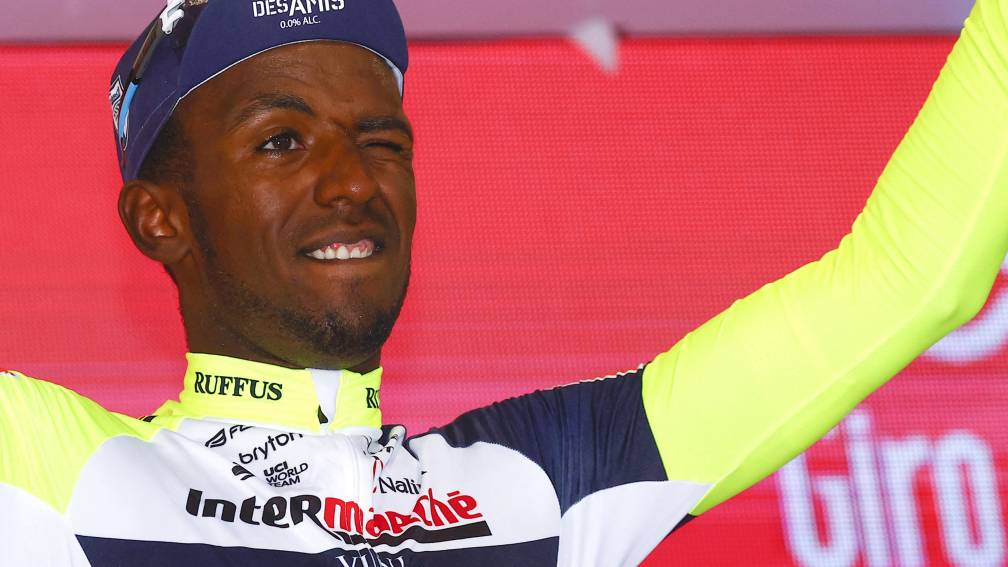 The spumante that Biniam Girmay received after his historic stage win in the Giro d’Italia has adverse consequences. The cork that popped into his eye during the moment of joy caused an injury that makes the Eritrean miss the rest of the race.

Twice before, the same kind of incident only just ended well, when stage winner Mathieu van der Poel got the cork hard against his head after the first stage and Koen Bouwman was only just spared the same disaster a few days later. However, Girmay was hit full in the left eye and had to be taken to hospital.

Success in Gent-Wevelgem and at Giro debut

Earlier this spring, the Intermarché-Wanty-Gobert rider was the first black African to win the Ghent-Wevelgem spring classic. On Tuesday, 21-year-old Girmay beat Van der Poel in his Giro debut in the final sprint of the tenth stage.

The joy was short-lived, however. The team doctor already feared the worst scenario, after Girmay was treated for his injuries. So those concerns were not unfounded.