The bodies of five migrants, three of them Hondurans, They were located in a train car in the vicinity of Piedras Negras, Coahuila.the National Migration Institute reported in a statement on Wednesday.

According to the press release, security personnel from the company Ferromex found the bodies when seeing “a foot that came out of one of the wagons of the locomotive in motion and bound for the State of Mexicofrom the United States”. 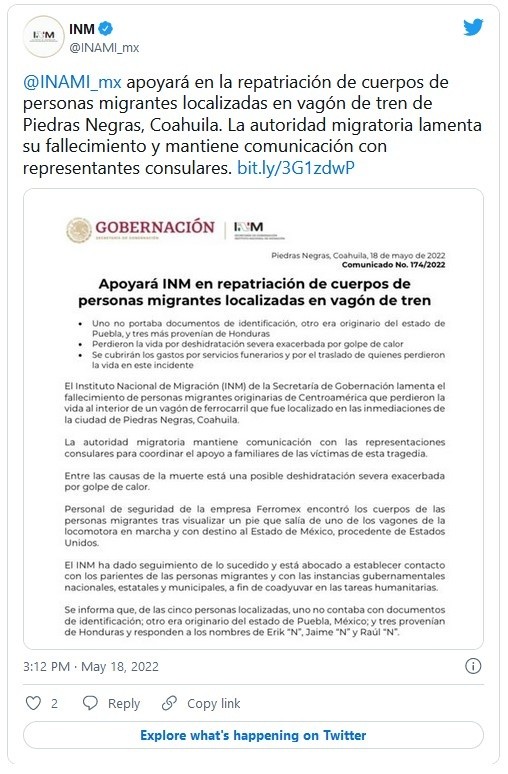 Freight trains have traditionally been a means of transport that migrants climb on to cross Mexico to the north and although there have been accidents and deaths from falls, These types of finds are unusual, especially if the train was already heading south.

In addition to the Hondurans, who were three men, one of the bodies did not carry identification documents and another was originally from the state of Puebla.. The statement does not clarify their gender.

“Among the causes of death is a possible severe dehydration exacerbated by heat stroke,” the INM said.

The immigration agency added that it is already in contact with the consular authorities and that “the expenses for funeral services and for the transfer of those who lost their lives in this incident will be covered” of which they did not offer more details.