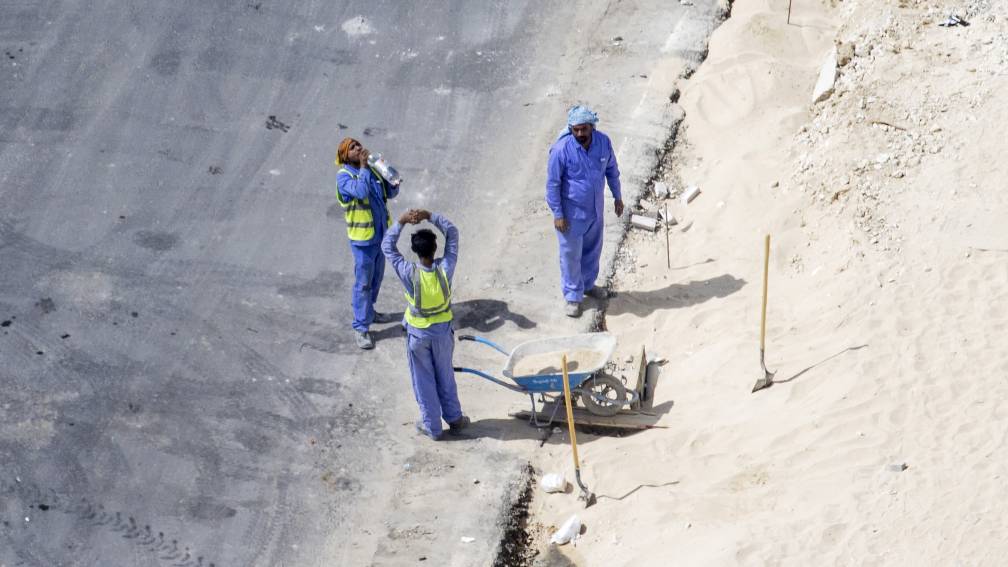 FIFA must allocate at least $440 million to a compensation program for the hundreds of thousands of migrant workers exploited in the run-up to the World Cup in Qatar. Amnesty International makes that call in a new report. The human rights organization asks football associations, including the KNVB, to publicly support this.

There has long been strong criticism of the human rights situation in the preparations for the World Cup. The British newspaper The Guardian reported on the basis of its own investigation that more than 6,500 labor migrants have died while working for the World Cup. Faced with the widespread international criticism, FIFA boss Infantino contested that early this year and stated that three people were killed.

Amnesty accuses FIFA that the football association looks away from the human rights violations in Qatar, which according to Amnesty could have been foreseen. “By failing to stop these, FIFA has undeniably contributed to the widespread exploitation of migrant workers involved in World Cup-related projects, not just stadium and hotel construction,” Amnesty wrote.

The compensation amount of 440 million dollars (more than 420 million euros) is symbolic: it is the same as the prize money that is awarded at the World Cup. As far as Amnesty is concerned, it is probably also a minimum amount.

For example, paying back wages in full and compensation for workers who have been killed or injured may require more money. This also applies to the compensation for the debts many workers have incurred to pay the recruitment costs to work in Qatar.

Amnesty International is calling for a recovery program in which workers, trade unions, the International Labor Organization (ILO) and civil society organizations participate. This could include experiences with other recovery programmes, such as the settlement after the disaster at the Rana Plaza garment factory in Bangladesh in 2013, in which more than 1,300 workers lost their lives.

‘Some progress, but weak enforcement’

Amnesty notes that some progress has been made for migrant workers in recent years. Despite this, according to Amnesty, only a minority of the hundreds of thousands of migrants involved have been helped by this and, for example, the enforcement of labor reforms is flawed.

“While it may be too late to erase the suffering of past abuse, FIFA and Qatar can and should redress and prevent further exploitation,” said Amnesty International Secretary-General Callamard. She points out that both FIFA and Qatar have a duty under international law to prevent human rights violations and to compensate victims.