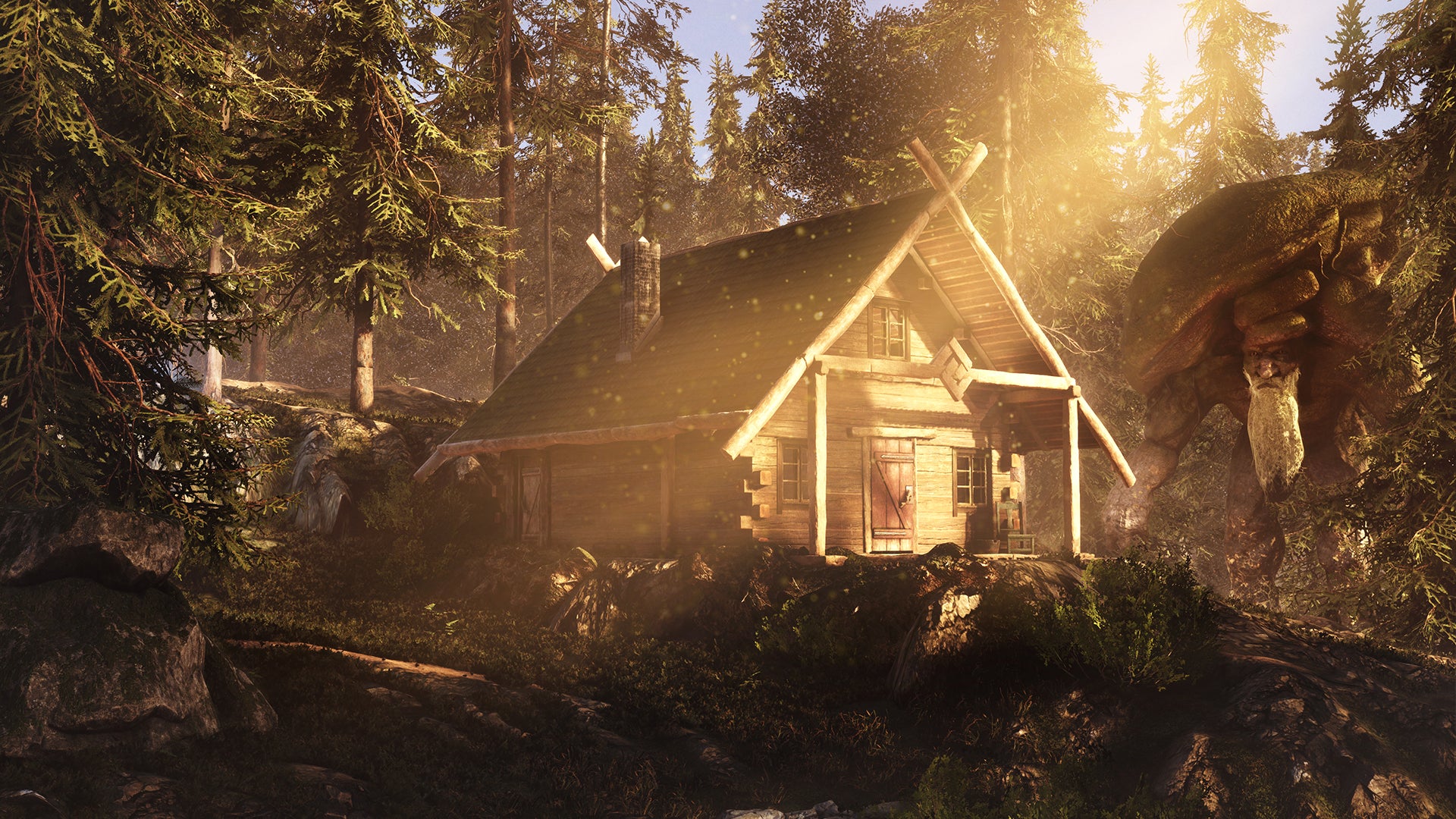 Yesterday was the 505 Games Spring 2022 Showcase. Eiyuden Chronicle: Hundred Heroes was supposed to be the showstopper of the presentation, but unfortunately nothing was said about that. Instead, it covered Among the Trolls, Stray Blade, Miasma Chronicles, and Eiyuden Chronicle: Rising. Below we have listed all the news.

Among the Trolls is a supernatural first-person survival game set deep in the Finnish forests. The game is being made by Forbidden Studios, a team made up of old Skyrim, Fallout 4 and Vampire: The Masquerade developers. The game is just as much a Firewatch as a Don’t Starve. Players take on the role of a Finnish American who returns to his homeland at the age of 30.

Survival mechanics were created with the idea that the ancient folktales and creatures are real. You can’t just cut down a tree or the forest will get mad at you. Shamanism will play an important role in the story, but building and crafting will also remain important. So it won’t deviate too much from the survival games you already love.

Among the Trolls is made in Unity, because that’s where the team has the most experience. The game will be released later this year through Early Access on Steam.

The second game shown during the showcase was Stray Blade. The game is a soulslike in which an anthropologist has to team up with Boji, a kind of gremlin who can cast spells and help the protagonist. Both characters also get their own talent tree. The game was announced last year.

It’s the umpteenth game that wants to take advantage of the success of Dark Souls and Elden Ring, but Stray Blade seems to take itself a lot less seriously. The game is slated to release later this year for PC, PlayStation 5, and Xbox Series X/S.

Eiyuden Chronicle: Rising needs to build up the hype for Rising

The last game shown was a teaser for Miasma Chronicles. A short trailer showed a boy, his robot and some kind of out-of-dimensional force. The game is made by Bearded Ladies.

In the trailer it wasn’t really clear what Miasma Chronicles is about, but an interview with 505 games gave some more insight into the rather mysterious trailer. According to the developer, the game is about Elvis and his robot “brother” Diggs. The two are looking for Elvis’ mother in a world full of “Miasma.” The studio calls it “a tactical adventure.” With concepts similar to Mutant Year Zero, but a lot bigger and more involved narrative elements.

Miasma Chronicles is currently confirmed for PC, PS5 and Xbox Series X|S, with a 2023 release date.

Skate 4 gets new trailer and EA is looking for playtesters