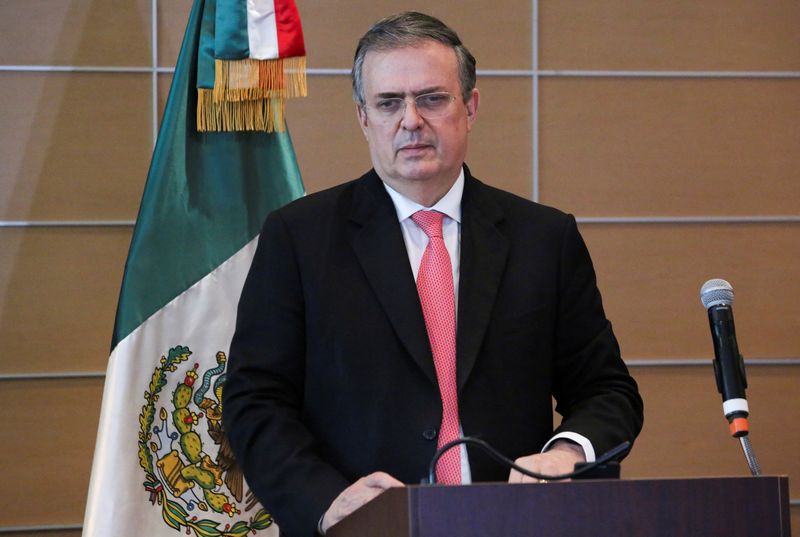 Marcelo Ebrard shared some data from the call between Christopher Dodd and AMLO (Photo: REUTERS/Jorge Duenes)

At the end of the call between US politician Christopher Dodd and President Andrés Manuel López Obrador (AMLO), the head of the Ministry of Foreign Affairs (SRE), Marcelo Ebrard Casaubón, announced that it was a “frank and honest” dialogue. interesting”.

Among the information offered by the foreign minister was, first, that the conversation took place in Spanish, unlike others that have had to take place in English; However, he stressed that he had to change the format because former Senator Dodd was unable to travel to Mexico after his COVID-19 infection became known.

In addition, the former head of Government of the Federal District pointed out that, during the first part of the conversation, some of the contents were raised, such as labor mobility, the health action plan so that a pandemic such as the SARS virus does not occur again -CoV-2, as well as economic recovery and supply chains throughout the Americas.

“I would say that it was a quite frank conversation, very interesting, it was in Spanish. Senator Dodd is at his house, as you know he could not attend personally because he has COVID, basically they discussed the vision of what opportunities this summit represents for the entire American continent, ”he explained in a two-minute recording.

AMLO nominated Ricardo Monreal for the 2024 presidential candidates: “He also has the right” Former US senator will meet with AMLO to discuss the Summit of the Americas: Ken Salazar Vaccination of 12, 13 and 14-year-olds: what are the application dates and venues in Mexico City