Their men are in the Azovstal factory: ‘For months shrapnel in his leg’ 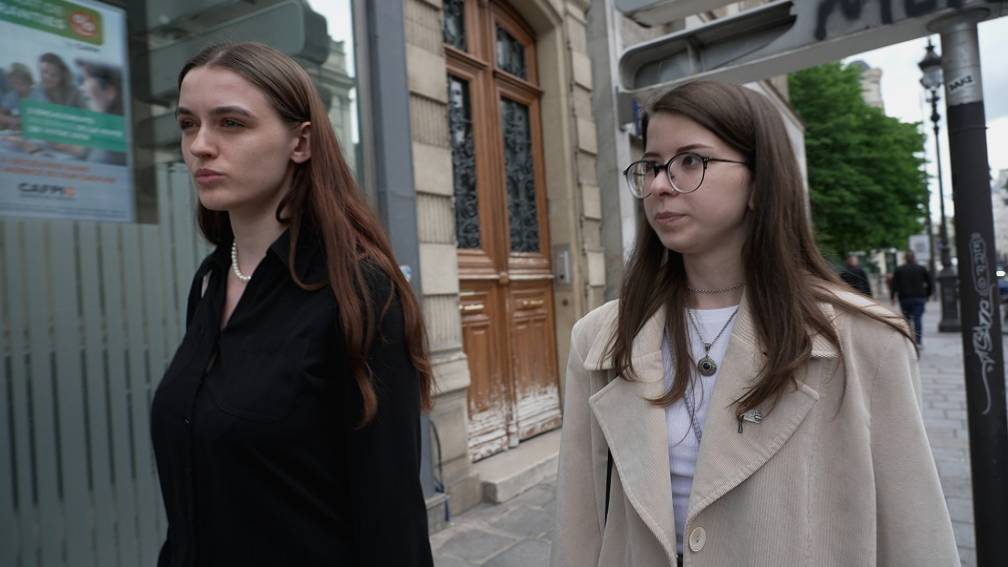 While shooting, blood and uncertainty reigns 3000 kilometers away in their homeland, two Ukrainian women walk through a sun-drenched Paris. The contrast could not be greater.

“I last saw my husband, Arseniy, on February 22. Not since then,” says Yuliia Fedosiuk (29), who is an assistant to a parliamentarian in daily life. Former student Darya Tsykunova (22) is also it’s been three months since she last hugged her boyfriend.”We were last together on February 19, Illia and I,” she says. Her boyfriend is the now famous and bearded spokesman for the Azovstal soldiers, Illia Samoilenko.

Both women regularly speak to their partners by telephone, if the bombings allow it. “The first month there was no contact at all with my husband,” says Fedosiuk. “After that, that satellite came from Elon Musk and luckily we were able to call again. We now do that once a day or two days. Of course we talk about what happens there, how could that be otherwise? We talk about the bombing of the factory where he is. And about his comrades who are wounded and in pain.”

The still young Tsykunova does things differently. “When I call my boyfriend, we act like we used to. I just ask him how he’s doing. And he says: I’m still alive. When we have a little longer to talk, we also talk about our plans for the future. ” She says it without grimace or doubt: future plans.

Shrapnel in his leg

The Azovstal factory, where hundreds to thousands of Ukrainian civilians and soldiers were hiding, was bombed by the Russians at the end of March. Then followed a prolonged siege. No one could go anywhere for a long time.

“My husband was injured two months ago,” Fedosiuk says. “He’s had shrapnel in his leg ever since. But there’s very little medicine or medical help there. He’s on antibiotics, that’s all. That shrapnel is still in his leg.”

Tsykunova: “Thankfully my friend is not injured. But since the beginning he has already lost 10 kilos. There is little to eat and there is no drinking water anymore. Their bodies are weakening.”

The two women are on a journey through Europe with three fellow sufferers. Poland, Germany, Italy and France are visited. The ‘highlight’ was the reception by the Pope. “We told him about our men and that we believe the international community should act,” Fedosiuk said.

This week it was announced that a large group of Ukrainian soldiers has been evacuated. Others have stayed behind. Fedosiuk and Tsykunova have not yet received a message about their partners. They don’t know where they are at this point.

The uncertainty gnaws at them, but that has been the case for a long time, according to Fedosiuk. “The struggle that our men are waging motivates us to also take action, to also make a contribution. We women can draw attention to the war. Thanks to our struggle, we can persevere.”

She has therefore continued to live in Ukraine especially. Tsykunova went to relatives abroad and tries to mobilize support from there.

In February of this year, Arseniy and I watched Putin’s TV speech together and we knew right away: it’s going to be war again.

“In our heads it’s actually been war since 2014,” says Fedosiuk, referring to the war in the Donbas, among other things. “In February of this year, Arseniy and I watched Putin’s TV speech together and we knew straight away: it was going to be another war. Arseniy immediately left for Mariupol after that.”

Tsykunova had other plans. She and Illia had known each other for a long time but only started dating in February, just before the war started. “Illia had recently decided to quit the army. He only went back to Mariupol once to say goodbye to colleagues. Then the war started and he stayed there.”

Their men are in the Azovstal factory