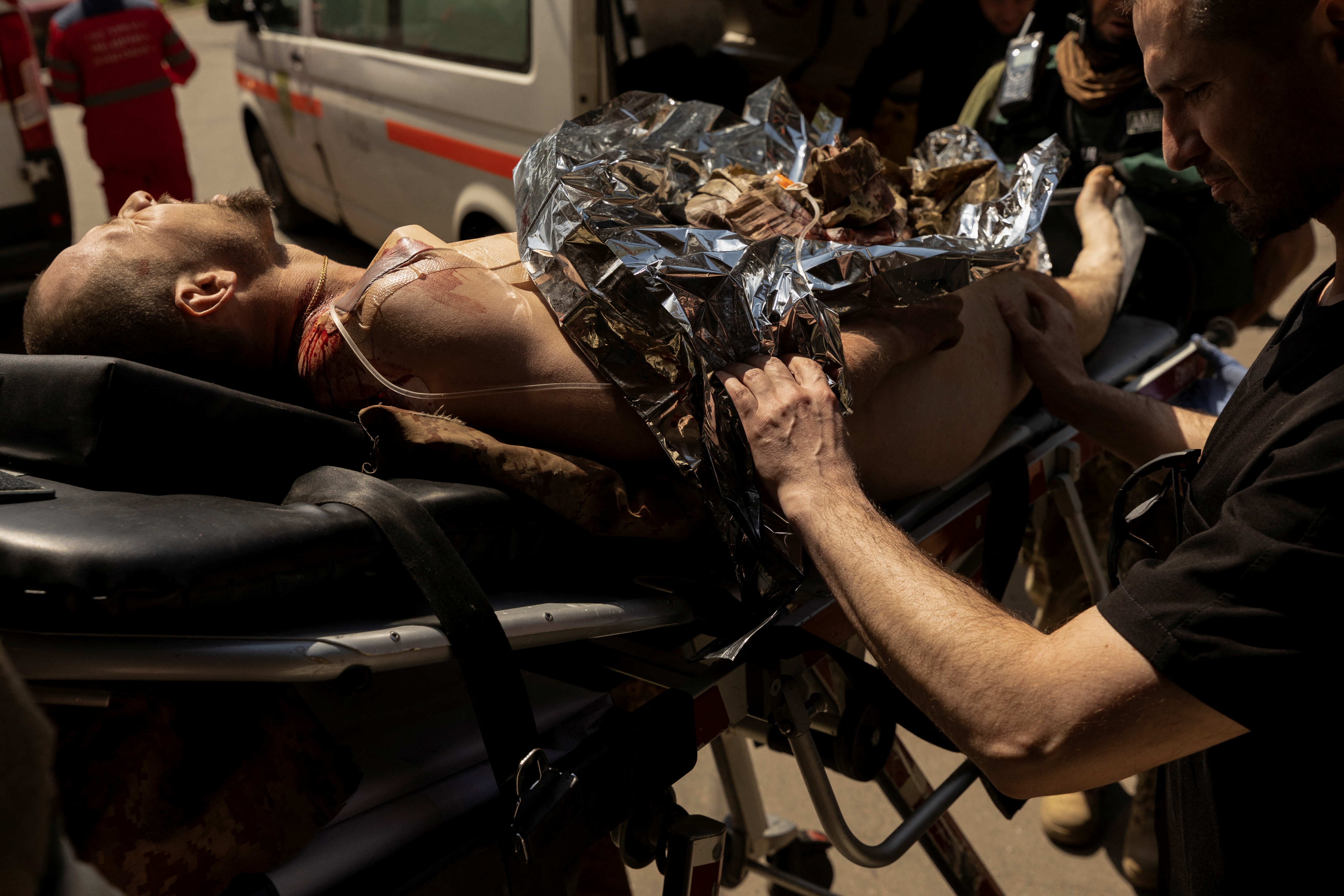 Victims of Russian attacks in Donetsk

Russian troops have continued in recent hours with their offensive actions in the Operational Zone of Eastern Ukraine, in Donbas, and their main efforts are focused on controlling the Donetsk region, although they have suffered losses and have withdrawn from some of their positions.

According to the latest part of the General Staff of the Armed Forces of Ukraine posted on Facebook, Russian troops suffered losses and withdrew from the Sievierodonetsk front near the town of Syrotyne in the Lugansk region.

At least 19 civilians were killed, including a child, on Monday in Russian strikes in Ukraine’s Donetsk and Luhansk regions, where a hospital and residences were shelled, Ukrainian military officials said.

Donetsk and Lugansk are part of Donbas, and both declared themselves independent republics days before the Russian invasion began, which immediately recognized them.

Although Moscow has focused its efforts on controlling this area, in which its troops are aided by pro-Russian paramilitaries, its army is advancing slowly and has had to give up on some fronts, according to the Ukrainian General Staff.

According to the military report, “enemy aircraft carried out attacks against civil and military infrastructure in the Eastern Operational Zone and against industrial facilities throughout the territory of Ukraine.” 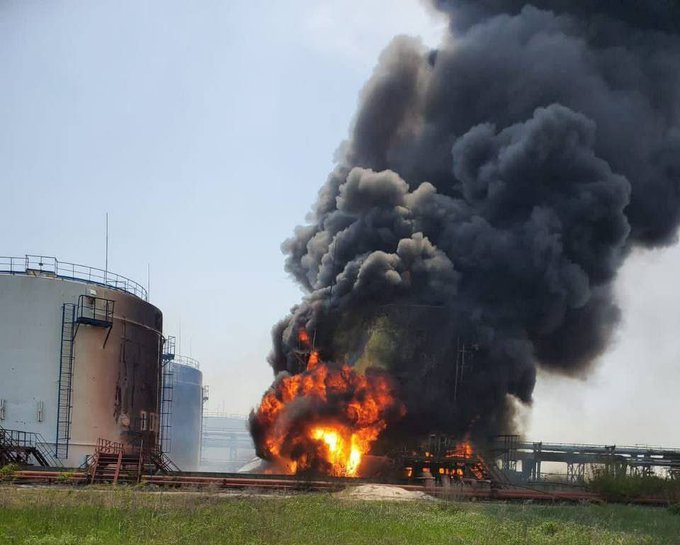 Russian attacks on the city of Lugansk

Nine civilians were killed and six others were wounded in Donetsk, the head of the Regional Military Administration Pavlo Kyrylenko reported, according to the local agency. UKrinform.

Three of the fatalities were recorded in Lyman, two in Avdiivka and the remaining four in Marinka, Klynove, Drobyshevo and Katerynivka, Kyrylenko wrote on the Telegram network.

The head of the Donetsk military administration recalled that a total of 375 local residents have been killed and another 1,081 wounded in that region of eastern Ukraine since the Russian invasion began on February 24.

In Lugansk, Russian troops have shelled a hospital and residential houses in Sievierodonetsk, killing at least 10 civilians, the head of the Regional Military Administration, Serhii Haidai, reported on Telegram.

He added that almost all the hospital buildings were damaged, and a research and development company “came under enemy fire.”

They also specified that there is a constant threat of air and missile attacks against Ukraine’s infrastructure from the territory of Belarus.

Meanwhile, in Kharkiv, the country’s second largest city, and its region, the Russians focus their efforts on maintaining their positions and preventing the advance of Ukrainian troops, after they gave up invading that regional capital, according to the military report. 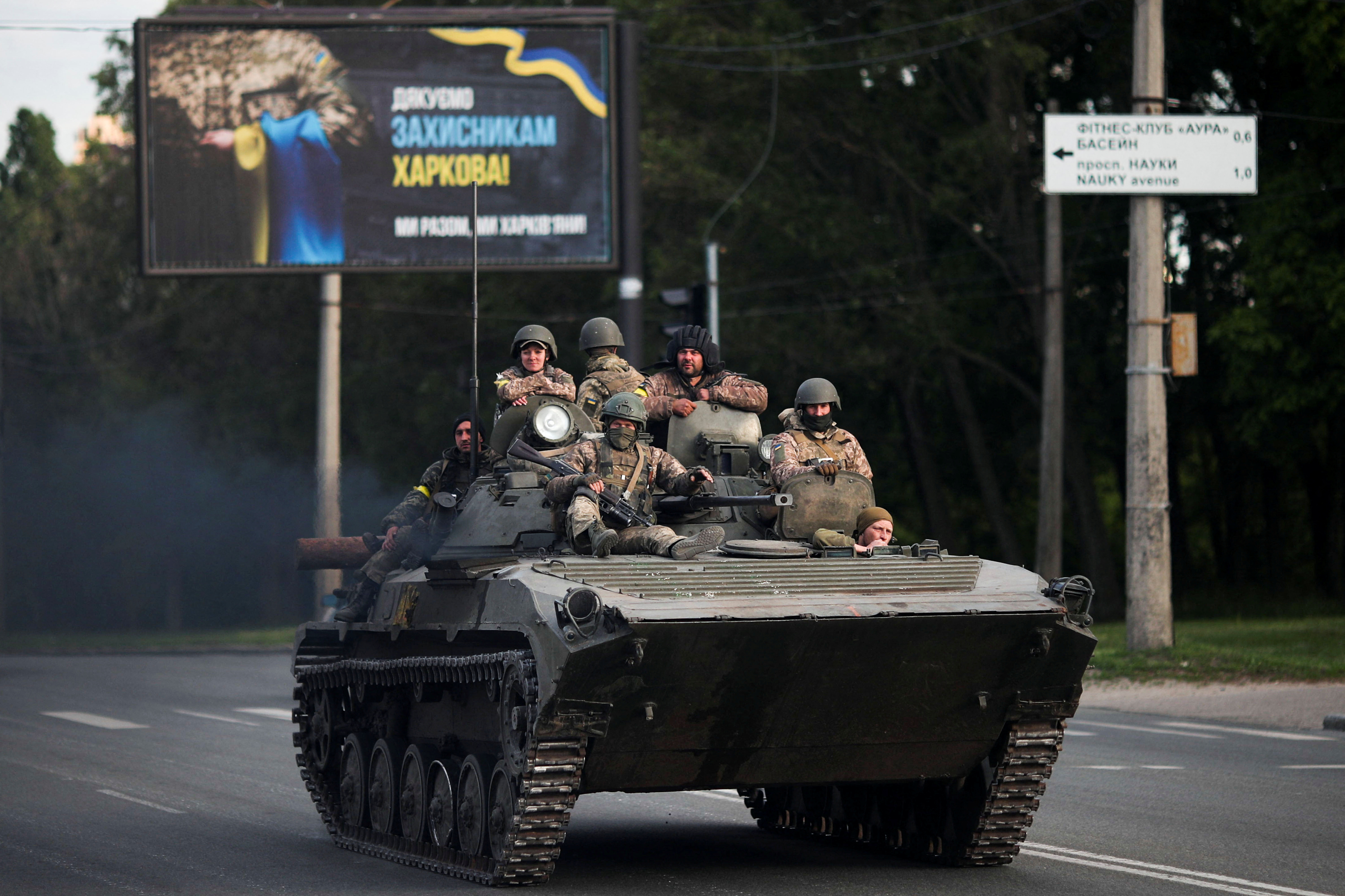 Ukrainian military in the city of Kharkiv

On the other hand, Russian strategic planes carried out a missile attack on Bilhorod-Dnistrovskyi Raion, in the Odessa region, in the southwest of the country and bordering Moldova, damaging civil infrastructure and residential houses.

According to the Ukrainian military, the Russians also carried out rescue operations near Zmiinyi Island (known as Snake Island) in the Black Sea, where a Russian landing ship was hit by gunfire from Ukrainian forces.

Ukrainian Air Force planes continued to carry out air strikes against the invaders, supporting the combat operations of the Ukrainian troops and patrolling the Ukrainian airspace.

Serhii Haidai, head of the Military Administration of the Lugansk region, reported on Monday that Russian forces have returned to bomb Sievierodonetsk in that area, killing at least ten civilians.