Finland and Sweden have declared their intention to join NATO, but acceptance into the military alliance requires the unanimous consent of all 30 members.

However, one of these nations, Turkey, has expressed its opposition to the Nordic countries’ intention.

Turkish President Recep Tayyip Erdogan said on Friday that Turkey, a key NATO member, was “not favorable” to the possibility of Finland and Sweden joining NATO.

“We are following the developments with Sweden and Finland, but we have no favorable thoughts“, he told reporters.

And on Monday at a press conference, Erdogan reiterated his opposition to the requests from Finland and Sweden and described the latter country as as a “breeding ground” for terrorist organizations.

“None of these countries have a clear and open attitude towards a terrorist organization. How can we trust them?” said the Turkish president.

Erdogan also said that Swedish and Finnish diplomats who were going to visit Turkey to discuss this issue should not bother to travel.

“Are you going to come here on Monday to try to convince us? Excuse us, but there is no need for you to bother,” Erdogan said during the conference in Ankara.

Russia, for its part, has indicated that it is closely following the process of joining NATO of the Scandinavian nations.

Russian President Vladimir Putin said Finland and Sweden’s decision to join the alliance did not threaten Moscow directly, but stressed that any expansion of military infrastructure would provoke a response from the Kremlin.

Sweden and Finland cite Russia’s invasion of Ukraine behind their intention to join the alliance. Sweden said on Monday that due to this fact, Europe is experiencing a dangerous new reality. 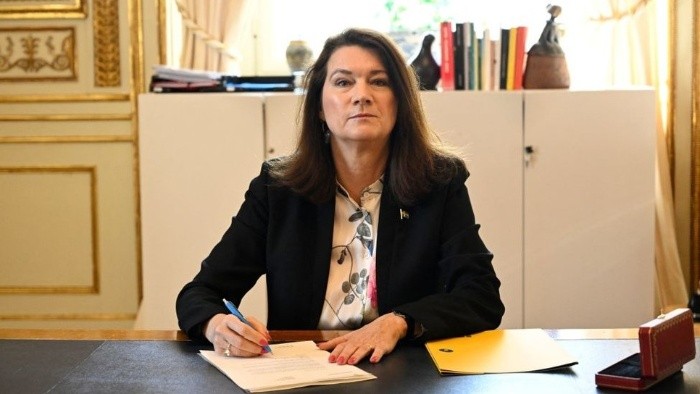 Why is Turkey opposed?

Turkey accuses the two Nordic nations of harboring members of the Kurdistan Workers’ Party (PKK), a group it considers a terrorist organization, and supporters of Fethullah Gulen, whom Ankara accuses of orchestrating a 2016 coup attempt. .

The PKK is a Kurdish militant group that has fought for decades as a separatist insurgency in parts of Turkey. It was designated by the United States as a terrorist organization in 1997.

turkey too was outraged by the decision of the United States and Sweden of supporting a PKK-affiliated militia in Syria, where the group was fighting the self-styled Islamic State.

Turkey rebuked the US in February 2021 for this, and Ankara summoned the Swedish ambassador to Turkey two months later.

Ankara has also raised other grievances about Sweden and Finland, including concerns about security guarantees and a block on arms exports to Turkey.

The Turkish government had also promised to block applications from countries that have imposed sanctions on it.

In 2019, both Nordic nations placed an arms embargo on Ankara after its incursion into Syria.

Speaking in parliament in Helsinki on Monday, Finnish Foreign Minister Pekka Haavisto said he was surprised by Turkey’s stance, but added that his government was not interested in “negotiating” with Erdogan.

Turkey, however, it has not officially said that it would veto the membership of the two countries.

On Sunday, the country’s foreign ministry laid out several conditions for its support, including that the Nordic nations end what it called support for “terrorist organizations” in their countries, as well as export bans to Turkey.

On Saturday, an adviser to Erdogan told Reuters: “We are not closing the door. But we are basically raising this issue as a national security issue for Turkey.”

And on Sunday, NATO Secretary General Jens Stoltenberg, responding to questions about Turkey’s position, expressed confidence that the process would move quickly.

“Turkey has made it clear: its intention it is not to block the membership. Therefore, I am confident that we will be able to address the concerns that Turkey has expressed in a way that does not delay the accession process.”

For Finland and Sweden to join NATO, all 30 existing members must say yes. But for now, one is saying no.

President Erdogan states that he will not agree to admit countries that apply sanctions to Turkey.

Sweden suspended arms sales to Turkey three years ago, following Ankara’s military intervention in Syria. And according to the official Turkish news agency, both Finland and Sweden have rejected dozens of extradition requests for Kurdish militants Turkey describes as terrorists.

Both countries are sending delegations to Ankara to try to resolve the issue, but President Erdogan says they shouldn’t bother.

He seems determined to get a price for his precious vote.

On Sunday, US Secretary of State Antony Blinken said he was confident Finland and Sweden would join the alliance, despite Turkish objections.

The issue is likely to dominate discussions between Blinken and his Turkish counterpart in Washington on Wednesday. Having encouraged the two Nordic countries to apply, Washington will not want to let them down at the last minute.

This was joined by neighboring Sweden, on Saturday, in a move that will put an end to the military non-alignment that the Scandinavian country has maintained for years.

“We are leaving an era behind and entering a new one,” Andersson told lawmakers during a debate in Stockholm.

He added that a formal request could be submitted within a few days and that it would be coordinated with Finland.

However, Andersson emphasized that Sweden did not want permanent NATO bases or nuclear weapons on its territory.

Norway, Denmark and Iceland, all Nordic NATO members, immediately said they were ready to support Sweden and Finland by any means necessary if they were attacked.

The United Kingdom, also a member of NATO, has already given security guarantees to Sweden and Finland to cover the transition period.

Sweden’s Monday announcement came as NATO began one of its largest exercises in the Baltic region, involving some 15,000 soldiers.

The drills in Estonia, called “Hedgehog”, involve 10 countries, including Finland and Sweden.

NATO has already indicated its willingness to admit the two new members to the alliance.