Rachel Kéké, “warrior” and chambermaid, soon in the Assembly? 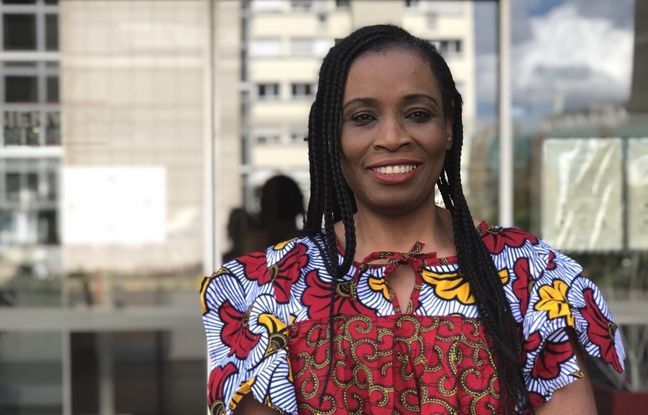 When we meet her again, for this portrait, she is surrounded by three of her friends. Still and always surrounded, Rachel Kéké the “sociable”, as her relatives call her, ready to go into battle, less than a month from the first round of the legislative elections in Val-de-Marne, where she is running, for the Nudes.

She wears this day a dazzling dress in wax, with yellow and red flowers. A dress that refers to its origins: Côte d’Ivoire, where she was born in 1974, in Abobo precisely, in the south of the country, and north of the capital, Abidjan. She was brought up there by a bus driver father, who gave her a taste for singing, which she practiced at the Ville d’Avray choir. From his mother, a beast as a clothing saleswoman, she inherited frankness and pugnacity. “Bétés are people who tell the truth, things in cash. They don’t let themselves be walked on,” she says.

Difficult, indeed, to walk on Rachel Kéké, leader of the longest strike in the history of the hotel industry. 22 months of struggle, at the end of which she obtained, with her sisters of struggle from the Ibis Batignolles, in Paris, a salary increase and a packed lunch bonus of 7.30 euros per day, among others. “You don’t have to go looking for her! laughs her sister, Tatiana Kéké. “I don’t like injustice. And if I’m not convinced… Even a billionaire in front of me, I talk to him like a person, ”abounds Rachel Kéké.

“She is fierce. When she defends someone, she takes it to heart, as if it was her who was targeted, ”comments Sylvie Kimissa, the other strong head of the strike, a 51-year-old Congolese, her friend for almost ten years. Because the engine of his strength and his pugnacity are the others. It all started very early, at the age of 12, when his mother died. Rachel Kéké quits school to devote herself to her four sisters and brothers, younger than her. “She became another mother, she took care of the home with my aunts. She was very caring, she watched over us, ”says her younger sister.

Once in Paris, at 26, to do hairdressing, she will continue to lend a hand. And even more than helping hands, like hosting a friend of hers for three years, as well as her three-month-old daughter. “Among Africans we help each other,” she justifies. “She wants to help all the time. She’s had it since she was a child, her sister continues. She helped me in my steps to come, she welcomed me into her home, she is there when I need help. She continued her role as a mother…”

“I am very human. I understand people. We’re all going to die. We are on earth, the little time we have, we will help each other. I don’t care about skin color, ”says the candidate. In the hotel industry, at the Ibis Batignolles where she has worked since 2003, Rachel Kéké has known people who “didn’t care” about skin color. “I met people, clients, who said to me: ‘Nigger, go home.’ At first it affected me. In Côte d’Ivoire, the French were not like that. But here, in the struggle, I also saw that the majority of the supporters were white. It’s TV and politics that are racist,” she says.

Living in France apparently toughened her up. “When she was little, Rachel was shy, she didn’t talk much. When I came here in 2002 I found her changed, I didn’t recognize her,” says Tatiana Kéké. “It’s true that I didn’t speak. But I didn’t become anything else. France taught me a lot. Because here, we have a lot of rights, ”explains Rachel Kéké.

In France, where she came, says her sister, “like any African to see the colonizing country”, she experiences other difficulties, financial. She starts with a part-time salary, at 500 euros. For 14 years, she will not stop asking for full time, which she will only obtain in 2017. Today, thanks to the strike she launched, she earns 1,700 euros net.

“Politics imposed itself on me”

It is for these “invisible professions” that she is fighting today, tired of having heard women and men politicians tell her that they could do nothing. « Marlene Schiappa [alors secrétaire d’État chargée de l’Égalité entre les femmes et les hommes] came on the picket line in 2019. She told us: “The strike is private, I cannot find a solution”. She did nothing. We even went to an office in Invalides, but nothing changed. Politics imposed itself on me”.

And why the New People’s Ecological and Social Union (Nupes), then? For “the ideas of Mélenchon” she says. And because ” [François] Ruffin, [Eric] Coquerel and [Danièle] Obono [tous députés LFI] came to our picket lines. Wherever we go on strike, they support us, she explains. Eric Coquerel sent me a message in January. I am a warrior so I said yes! »

“The goal is still to help you”

In her campaign, she wants to highlight the increase in the Smic promised by Jean-Luc Mélenchon, better working conditions, and a law on sexual violence – “here, many of us are victims, even this one was,” she says, pointing to one of her friends. She wants to get rid of Parcoursup, to “let the children do what they want”, and freeze the prices of basic necessities. On the other hand, it does not have much to say about the environment or ecology, which is nevertheless a pillar of the Nupes program. “I let my substitute talk about it,” she said, visibly embarrassed.

The women of the Ibis hotel are sad to see her go. “What will we do without her?” they wonder. But Rachel Kéké reassures them: “The goal is still to help you. This is another fight that I will lead. »