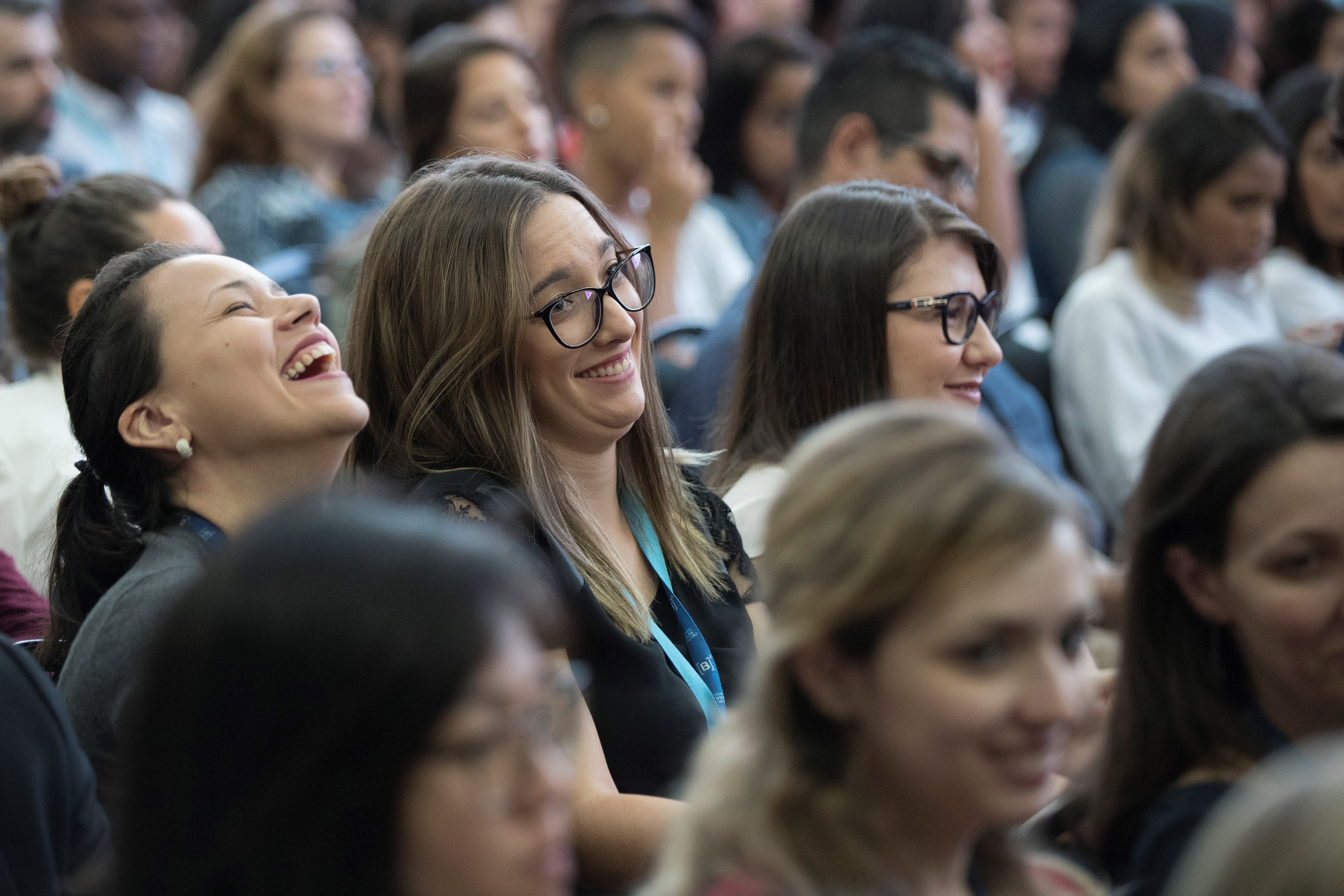 This Tuesday, the First Commission of the Senate of the Republic debated the statutory bill that seeks to reform Law 581 of 2000. The initiative was promoted by the senator of Alianza Verde Angélica Lozano, who proposed increasing the quota of women in high positions of the administrative power from 30 to 50%.

Lozano reported that the bill passed the first debate in the Senate. “Our project to expand the Quota Law was approved in the first debate!” He wrote on his Twitter account. For the congresswoman, women must make decisions about the present and the future of the country; “At least half of the public positions of power and decision must be occupied by us. #ParidadYA,” she added. 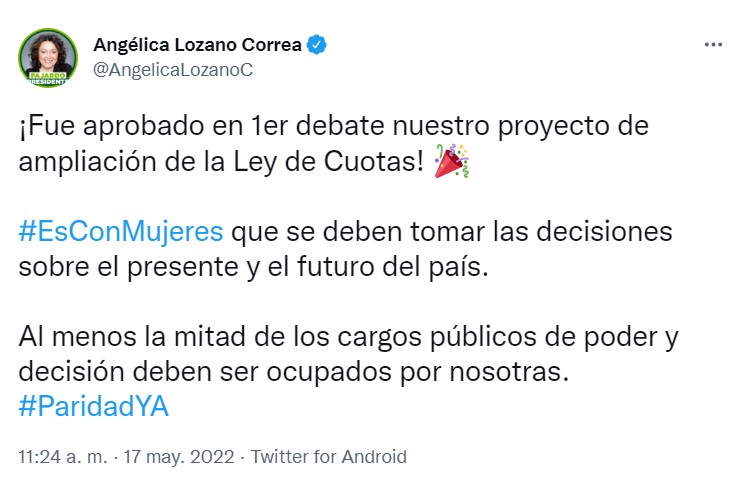 The Quota Law is approved in the first debate. Screenshot

The senator explained in the First Commission that when that 30% was determined, the importance of women in power spaces was not contemplated. “Equality is a fight that we have walked for many years, there is evolution, progress and achievements. Much to recognize and celebrate and also much to amend, speed up and make improvements”, Lozano pointed out.

He also recalled that several initiatives have been presented to comply with gender parity, from the National Council for Economic and Social Policy (Conpes) and the current administration itself. In fact, the Government of Iván Duque had implemented a goal of “45% participation of women at the decision-making level,” explained Angélica Lozano. In reality and in practice we have seen that it has not been fulfilled”.

It may interest you: They approve a State policy for the Equity of Women in Colombia

The law was approved in the first debate with 15 votes in favor and zero against. The articles establish that if the norm is not complied with, “it will be sanctioned with suspension of up to 30 days in the exercise of the position, and with the dismissal of the same, in case of persisting in the conduct, in accordance with the current disciplinary regime.”

It should be remembered that the Administrative Court of Cundinamarca relied on Law 581 of 2000 to overturn the appointment of Defense Minister Diego Molano. The head of portfolio failed to meet the quota of the president’s ministerial cabinet when he was elected to office; however, the official remains in office after challenging the court’s ruling.

Gender parity for the election of the Congress of the Republic

In December 2020, the Senate of the Republic had approved gender parity in the reform of the Electoral Code. In this way, the formation of 50% of women in the lists for departmental assemblies and municipal councils would be mandatory; however, the Constitutional Court sank the initiative due to “procedural defects”.

“The Constitutional Court, with a presentation by Judge Alejandro Linares, declared the unconstitutionality, due to procedural defects in its processing in Congress, of statutory bill number 234 of 2020 Senate, 409 of 2020 Chamber, ‘by which the decree is issued Colombian Electoral Code and other provisions are issued’″, reads the statement from the high court, known on April 22.

Despite that decision, Lozano stated that she would commit to including gender parity in the election lists for public corporations and hopes that by 2023 the lists of local assemblies, councils and administrative boards will have a minimum of 50% participation by women.