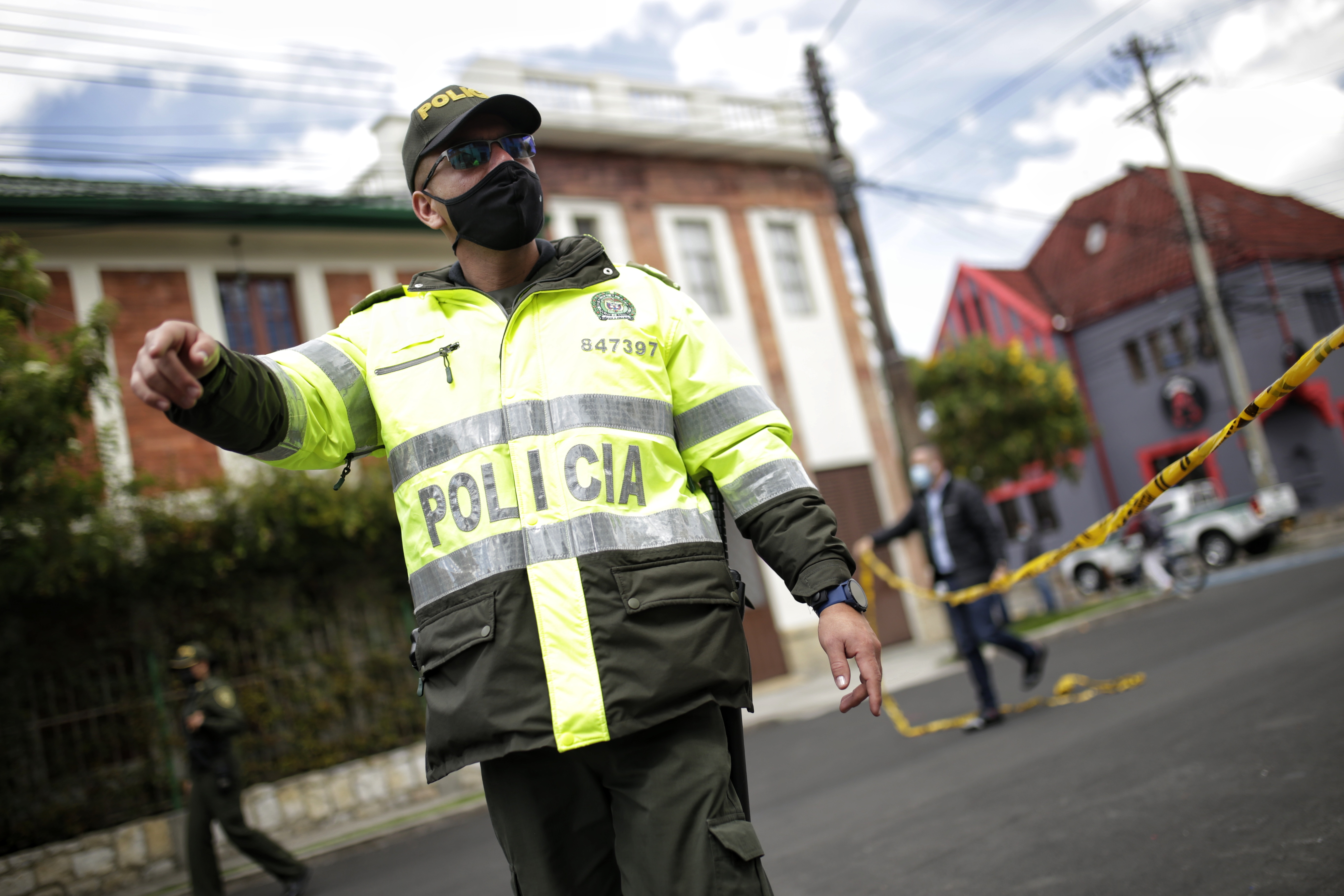 The Metropolitan Police confirmed that they recovered the stolen objects, among which there would also be a cell phone.

On the afternoon of this Monday, May 16, a new act of insecurity was recorded in Bogotá, this time in the town of Chapinero, specifically in the Seki Tower -16th Street with Carrera 93-. There, several armed men entered the office building with the aim of committing a millionaire robbery.

According to the first versions, three subjects, one of them with a firearm, entered the property at around 4:30 in the afternoon. Later, they take one of the offices and approach a couple who, apparently, had more than 300 million pesos. Moments later, the Police managed to foil the attempted assault thanks to several calls made by tower workers to the 123 emergency line.

“At the moment in which the patrol arrives -at the building- one of the subjects flees and the pursuit is carried out at the time, achieving the apprehension”; detailed Colonel Jeison López, commander of the Chapinero Police Station.

On the other hand, the same Police denied the versions that indicated a possible taking of hostages by the criminals; Instead, he pointed out that once they approached the criminals, they found money and a firearm in the stolen backpack, in addition to several documents. In addition to that, the motorcycle on which the criminals were riding was seized, while the captured man is in the process of being prosecuted.

It may interest you: Margarita Rosa de Francisco affirms that she does not feel “capable” of advising a person to vote for Gustavo Petro

The authorities also specified that during the seizure of the building no injured persons were recorded. In addition, and according to Caracol Radio, the other two criminals escaped from the area that had been cordoned off by several uniformed men and that, late at night, the verification work began within the business unit.

This case of insecurity in the north of the country’s capital is added to another event that occurred in the Rosales neighborhood, in the town of Usaquén. Two men -identified as Brayan Gómez Tiria and Edward Macías Grajales- ran over two thieves who were traveling on a motorcycle with a luxurious car and were shooting at them to avoid being captured. Everything was recorded in a video that went viral on social networks since last Sunday.

Angelo Schiavenato, one of the victims of the criminals, took advantage of the moment to express himself on his Twitter account saying that he does not regret having run over the criminals, leaving the motorcycle they were riding on destroyed.

“(…) They fired first. I ran over them, ran them over, because if not they were going to keep shooting. Then they ran away and thanks to the police they managed to be captured,” Schiavenato said. He expressed the same position in dialogue with RCN Radio, assuring that he protected himself under the principle of ‘legitimate defense’.

It may interest you: Every two days a victim of political violence is registered, according to a Peers report

“This is not an issue of justice by their own hands, but of legitimate defense and the subsequent prompt reaction of the Police that allowed them to capture these people,” he told the aforementioned media outlet. He even said that this Monday, and seeing that his car was destroyed at the front, he left “in another BMW and with a more expensive watch” than the one they tried to steal from him.

Otoniel’s revelations: demobilization of the EPL was a setup between Carlos Castaño and the commander of the Army’s XX Brigade Uribe, Pastrana and presidential candidates are summoned to testify for the lawsuit against the registrar Alexander Vega