Miguelito Barraza: Why was your son Roberto Barraza detained by the police? 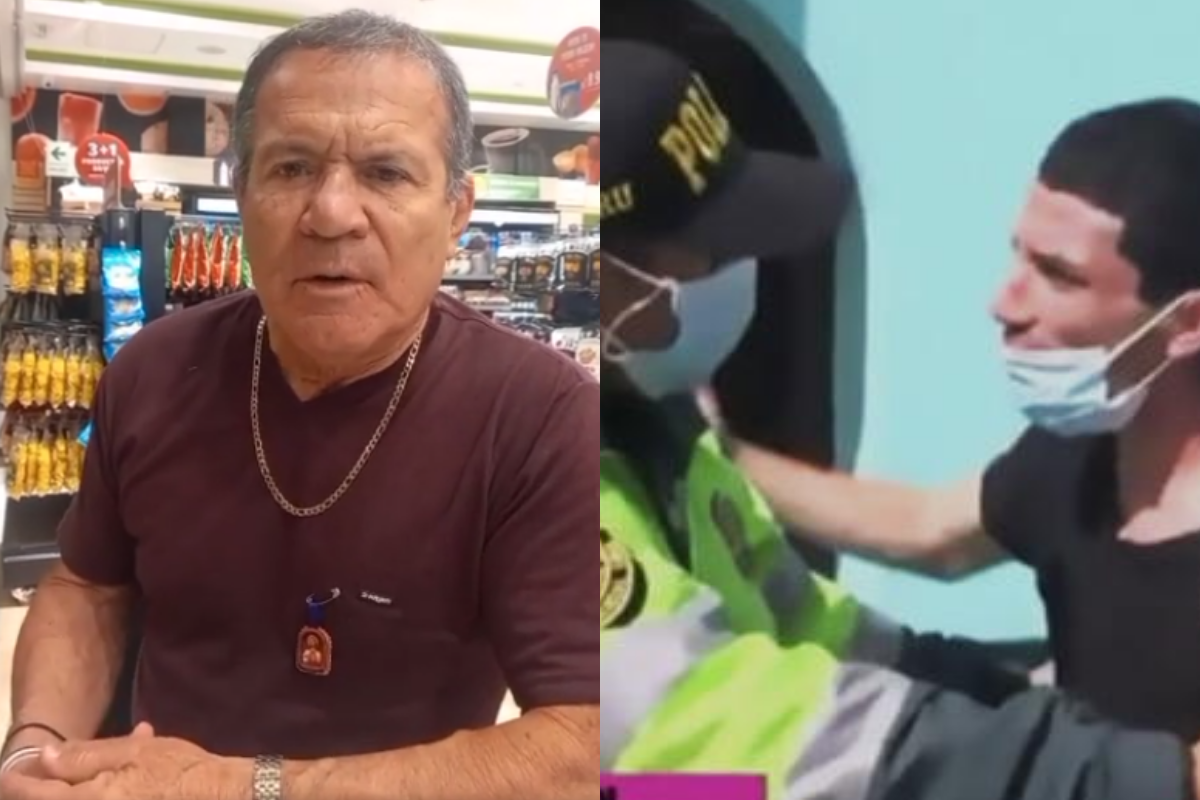 Roberto Barraza is one of the sons of renowned comedian Miguelito ‘El chato’ Barraza and finds himself in the eye of the storm after being the protagonist of an alleged crime. Serenazgo staff and National Police agents reduced the young man to put handcuffs on him and take him to the nearest police station.

The fact was recorded by the cameras of the Amor y Fuego program that were in the place. According to information released, the young man was arrested for allegedly stealing a cell phone from a young woman on Vía Expresa con jirón Iquitos.

However, the eldest son of the national artist denied any accusation and assured that he had not stolen from anyone. He even pointed out that he would sue the alleged victim for defamation and accused a police officer of having beaten him

In the images, Roberto Barraza can be seen lying on the ground while they handcuffed him and, later, they put him in the hopper of a truck from the municipality of Lima to go to the Petit Thouars office.

Before the cameras of the Willax TV magazine, Roberto Barraza could not help but get excited and complain to the police personnel at the time of his arrest, as he began to shout, raise his arms and ask them to get away from him.

The reporter who was covering the event, was linked live with the program to give more details. What surprised her was that she was outside the Loayza Hospital, since Roberto Barraza suffered from an epilepsy attack.

“When released by the police after being accused of robbery, Roberto leaves the police station and suffers an epileptic seizure just as our team was interviewing him”commented the journalist.

Unfortunately, Roberto Barraza did not want to attend to himself and ran away, making it impossible to catch up with him. “When he arrived (at the hospital) Roberto refused to be treated because he said they were going to hit him. he was pretty far gone and the officers started to retreat leaving him alone”said the communicator.

Finally, it was revealed that the alleged robbery was perpetrated by two people and that the lady who filed the complaint withdrew to her home. Her identity and whether she ever recovered her phone is unknown.

Let us remember that Miguel Barraza has fought on several occasions so that his son, who is just over 40 years old, overcomes his drug addiction by placing him in a specialized center. However, Roberto ran away and was not seen again until this latest scandal.

Miguelito Barraza on Jorge Luna and Ricardo Mendoza from Hablando Huev…: “They lack humility”La Banda del Chino: How much rating did you get with Aldo Miyashiro’s return to driving?Katy Jara explodes with ridicule after promoting a religious concert: “If it were reggaeton, tickets would sell out”