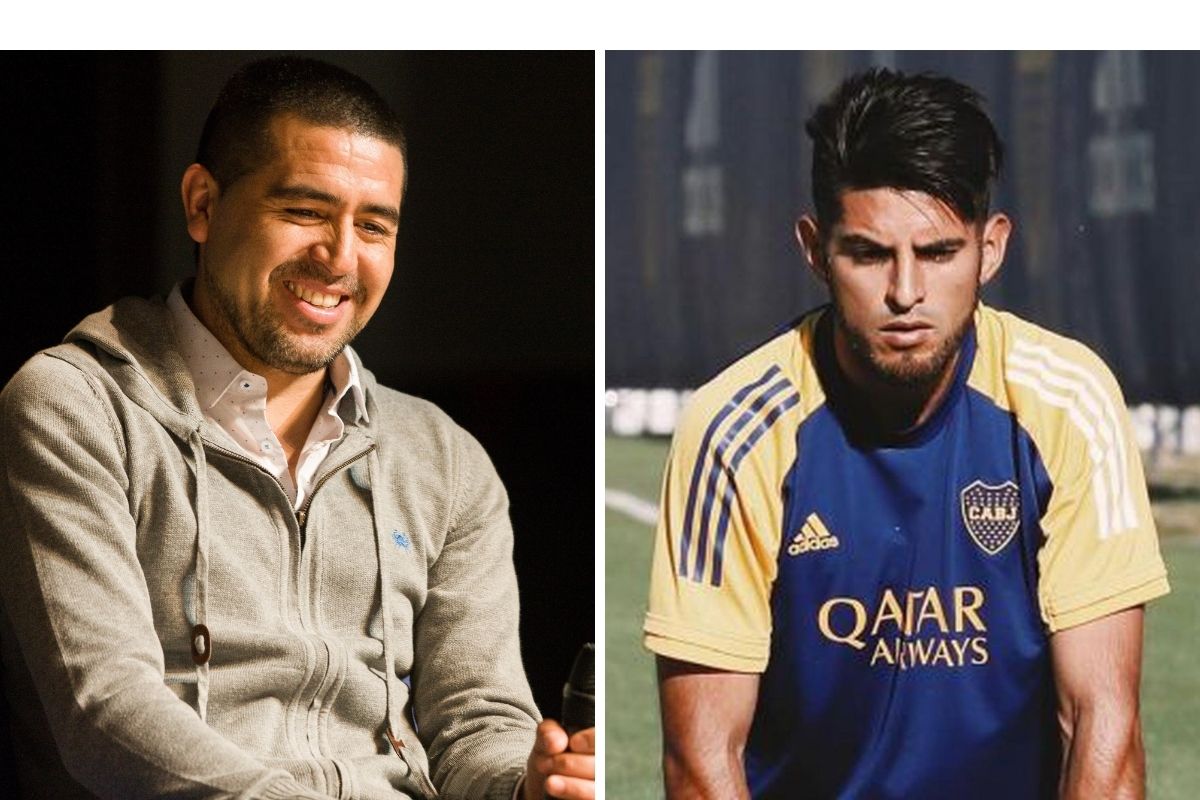 Riquelme thanked Zambrano for his commitment to Boca Juniors.

Since his arrival at Boca Juniors, Carlos Zambrano was strongly resisted by fans and the Argentine press. However, he never lacked the support of his teammates, a coach and someone who knows a lot about football. This is Juan Román Riquelme, current vice president and sports director of the ‘bostero’ club, who has shown his weakness for the Peruvian.

One of the heads of the ‘xeneize’ institution met at Equipo F and had an extensive conversation with the panelists. The former soccer player analyzed the present of his club and did not skimp on speaking individually about some players.

The ‘Torero’ was analyzing the performance of the young Alan Valera when he mentioned the ‘Kaiser’. “He has to be smart and enjoy playing alongside Pol Fernández, Romero, Rojo and Zambrano”.

Immediately, the Argentine had positive words for the defender of the ‘bicolor’. “She is a great professional, it is one of the weaknesses that I have here in this club. A person who plays a game every three or four months and does it well, there is nothing left to say but thank you very much for defending our colors in this way”.

Riquelme only had praise for the Peruvian Zambrano.

It is that Carlos Zambrano was one of the first reinforcements of the Riquelme management. Both arrived in 2020 at the ‘gold and blue’ club and from there their relationship grew. What’s more, in a recent interview, “León” pointed out that he has a dialogue with the sports manager. “Whenever I talk to Roman, he gives me advice on what I can improve on. He always tells me positive things. I hope he is not lying to me, ”he said between laughs.

Apparently those talks with the ’10’ have worked. The ‘Inca’ defender has grown a lot in his performance in ‘gaucho’ football. He has been a starter in the last two games for the Argentine League and was decisive in keeping the zero in his goal. His team will play the final after beating Racing on penalties.

Juan Román Riquelme also had some words for Luis Advíncula. Unlike Zambrano, ‘Bolt’ has been with Boca Juniors for less time, but his adaptation has been very fast and he is the undisputed starter in Sebastián Battaglia’s scheme. The former player highlighted his good disposition on the side.

“We thank Luis very much. He is a player who is always happy and spreads it to the entire squad. On the field he performs very well and trains very hard. He also talks with the minors and helps them improve, ”said Román.

Luis Advíncula arrived in the middle of 2021 at the Argentine club. The ‘Rayo’ has played 37 games so far and only scored one goal. This happened on matchday 6 of the local championship. The defender gave him the victory with a great header over Estudiantes de la Plata.

Boca Juniors will seek to be the leader of group E of the Copa Libertadores. Those led by Sebastián Battaglia will face Corinthians this Tuesday at 7:30 p.m. (Peruvian time) in the Bombonera. The Brazilian team is a leader with seven points, but if the ‘xeneizes’ add a victory it would displace ‘Timao’.

Let us remember that Boca lost on a visit to the cast of Vítor Pereira. On that occasion, Maycon shone with a brace at the Sao Paulo Arena. Therefore, this confrontation will be a rematch and the Argentines will have the support of all their fans.

At what time do Boca Juniors vs Corinthians play LIVE: Great match at La Bombonera for Copa Libertadores 2022 Carlos Zambrano slapped his rival, received a yellow card at Boca vs Racing Carlos Zambrano’s impressive numbers in Boca Juniors’ victory to go to the semifinals