He did not reach the final but thanks to the winner he fulfilled his dream: Rafael, the dancer from The 8 steps who moved Guido Kazcka

“I tell you from my heart, I leave my place to someone else,” Patricia replied to Guido Kaczka in the April 19 edition of The 8 million steps, after she got hold of the check. Immediately afterwards, she inquired with the other finalist, that the day before she had won the prize. She did not want to return either and it was the one who had been third who returned. However, dreams cannot be kept on a step and less than a month after having gone through the program of El Trece, Rafael, who had been left in the middle of the game, was able to fulfill his thanks to the winner of that day.

“I am a dancer”, Rafael Vilches introduced himself to Guido on the Tourism step and explained: “My job… I want the prize to set up a pasta factory, I do it by hand, I make pasta by hand and I need the machines. The million is for my wife who has had a heart operation”. Shocked emotion washed over him and there was silence in the study. “Oh Rafael, she makes pasta with you, they work together,” added the driver and offered to skip her question and leave it for later so that she could recover.

Rafael’s passage through the 8 million steps

The contestant tried to continue: “My wife had heart surgery, a big operation.” However, he broke off again in tears. It was then that in an affectionate gesture, the host of the cycle approached him to comfort him: “Antonia must be looking and she must be crying, everyone is crying.”

The game flowed and the dancer was on the mentioned step, after having been the one who was furthest in an approximation question. Moved by his story and by the connection that was generated that afternoon in the studio, Patricia Galarza, who won the million, decided to get down to work to help him have, with or without a million, the machines he needs to be able to work and that his wife, who underwent heart surgery, does not have to make so much effort.

“Mission accomplished! A SME, RD, donated the machines, a ravioli and a gnoquera to us”, she celebrated in dialogue with Teleshow. “It is a joy because his wife does everything by hand, now they take out a hundred ravioli in ten minutes, not in three hours,” he said about how the way of working will change the marriage from now on and therefore, his quality of life.

About his time on the program, who is dedicated to holistic medicine and will use the award for his entrepreneurship, said that it was during Easter and that he only learned about his partner’s story at the time of the recording, at the same time as Kazcka: “He had an emotion, and he stopped talking and was with his San Miguel medal, which Carmen (Barbieri) had asked him about. It had caught my attention that he was dressed as a gaucho and his story moved me”.

“In that program everything happened, I gave birth to the final and it was the first time that the winner and the other finalist said no and then María Eugenia returned, who was the third. After winning, Rafael hugged me and gave me his little medal and said ‘blessings’”, it was at that moment that one thing began to spin through his head: “We all need an opportunity and I wish we all had it”. For her, there was so much energy in the studio during that recording, that nothing was casual: “When I talked about my work, the ring fell and it was Eugenia who picked it up and was the one who later managed to continue playing, there was a tremendous connection.” 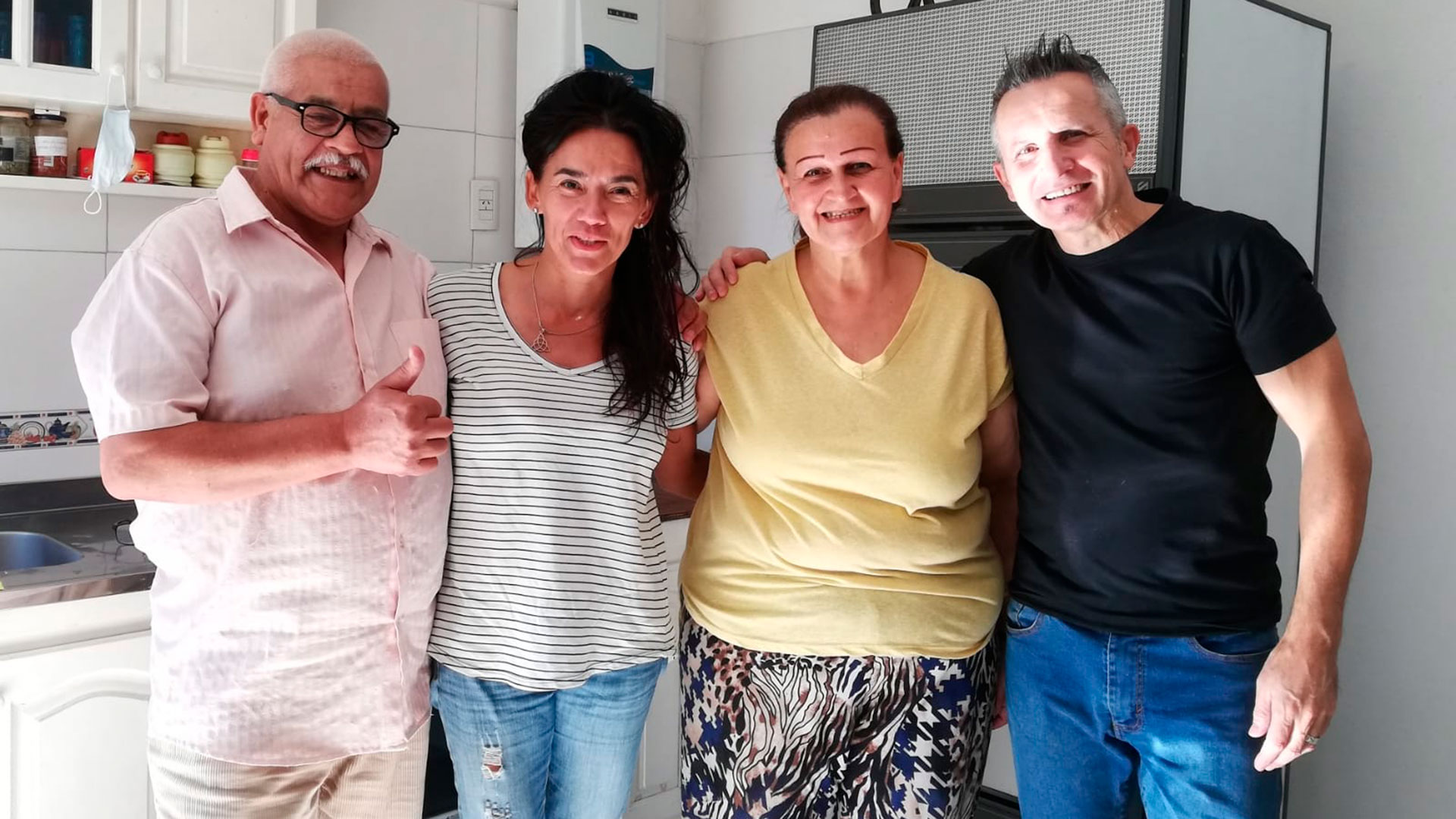 Rafael and Antonia with Patricia, the winner of The 8 million steps, and Marcelo, who helped her manage everything

Days later he told a friend, Marcelo Arditti, who immediately began to take action so that the participant could have his work tools: “He contacted the RD Factory of machines to make pasta that is in the south to see if they could do a donation”. She is from Bernal and Rafael de Lanús, the fact that everything happened in neighboring neighborhoods was not by chance either. 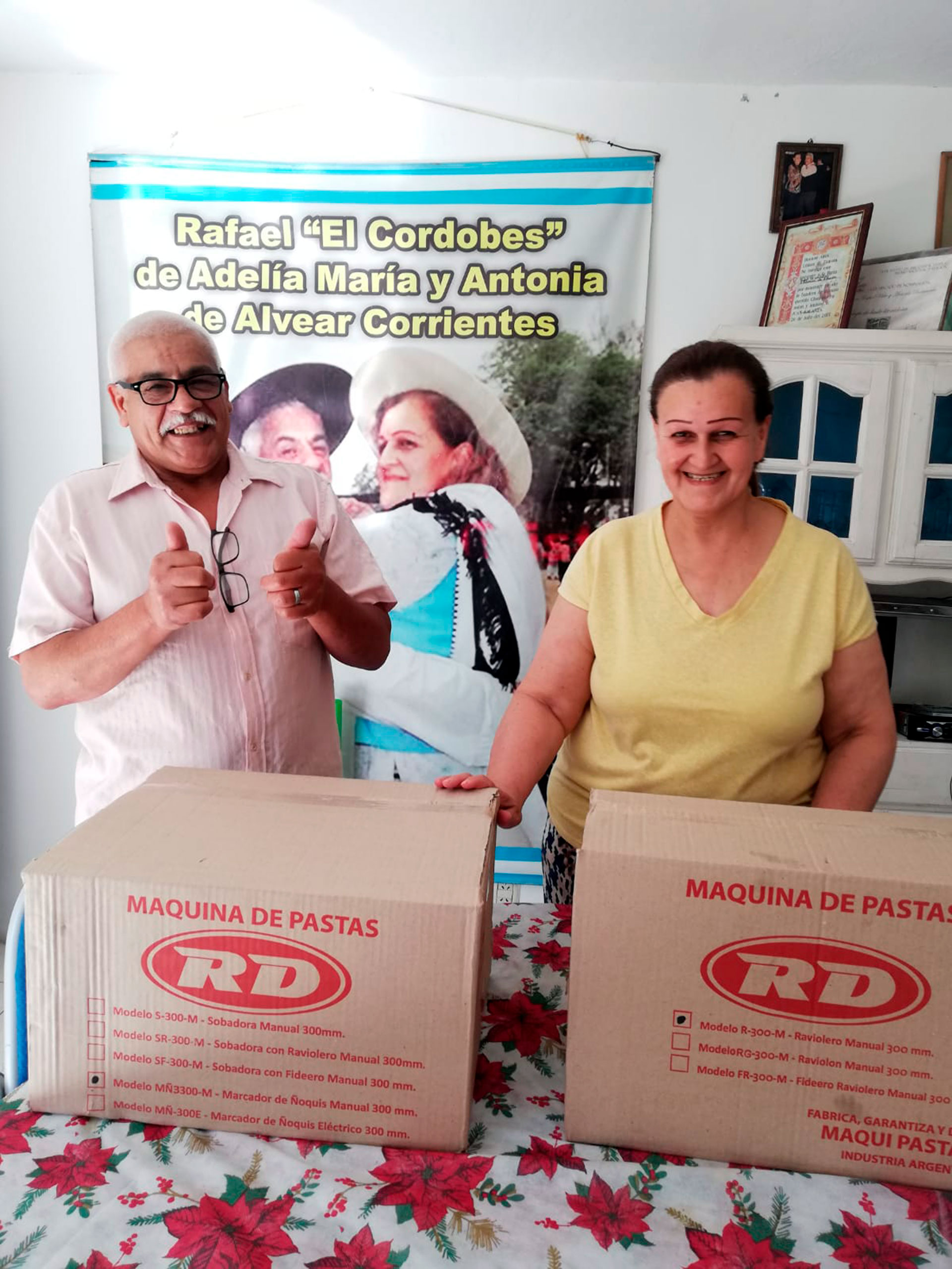 Rafael and Antonia, happy with the pasta-making machines that will allow them to work

“His story hit me and I thought it couldn’t end there.” She did not have the contact of who had been her playmate, but when she started looking for him, he sent her a message through his networks and gave her his phone. He again felt a connection, so many coincidences could not be for nothing.

His friend started the steps to get the machines and this Saturday, without warning, the doorbell rang at Rafael and his wife’s business. After an impromptu visit to say hello, they went out to their car and when they opened the trunk, surprise! The dancer, who was holding his dog in his arms so that it would not escape, was speechless, just as it had happened to him three weeks ago in front of the camera. Patricia then showed him that in her pocket she had the medal that he had given her. “It’s thanks to this,” she closed. 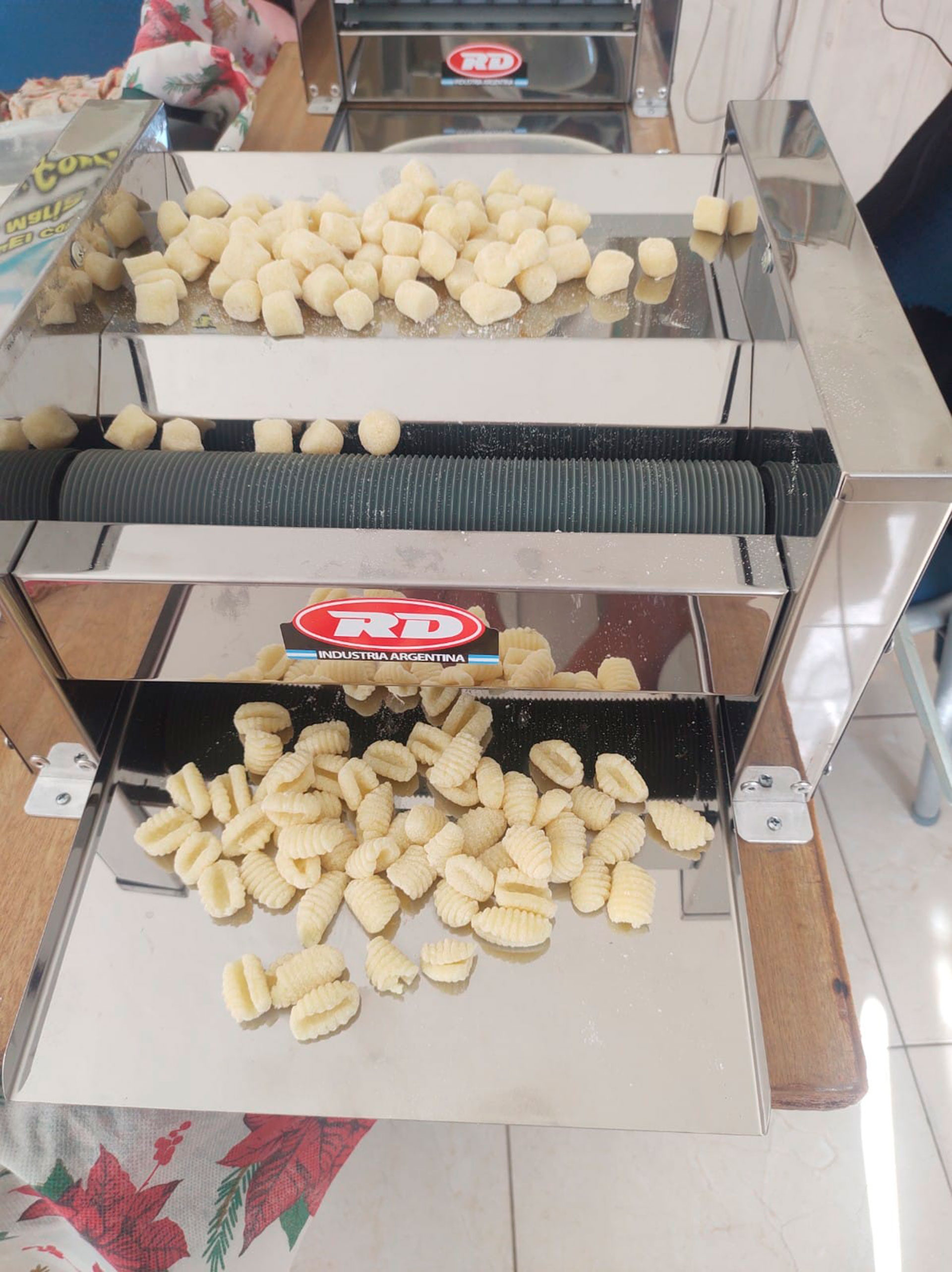 Rafael and Antonia have already premiered the gnoquera

“He’s going to be better with the machines,” said the contestant, with the satisfaction of having contributed her grain of sand to be able to change someone’s life. Now, she wants to go for more and she said that she would like to continue collaborating with other people, doing this kind of “chain of favors”.

At the time of playing, she already knew that if she won, she would give her place for the next program to someone else. “I felt that I was going to win, but I wanted to give my space because we all deserve an opportunity. Only my son knew that he was going to be on the show, he asked me for a perfume and I already gave it to him.”

Pampita, intimate about her way of mothering and breastfeeding: “We have to hug each other among women and not judge” Secrets and legends of Titans in the Ring: from Alberto Olmedo’s fighter to Arturo Illia’s question about The Mummy Roberto Pettinato spoke about health of his son Felipe after the fire in his buildingEl Martín Fierro 2022, from the inside: what the figures ate, the emotion contained by the pandemic and Dieguito Maradona’s table