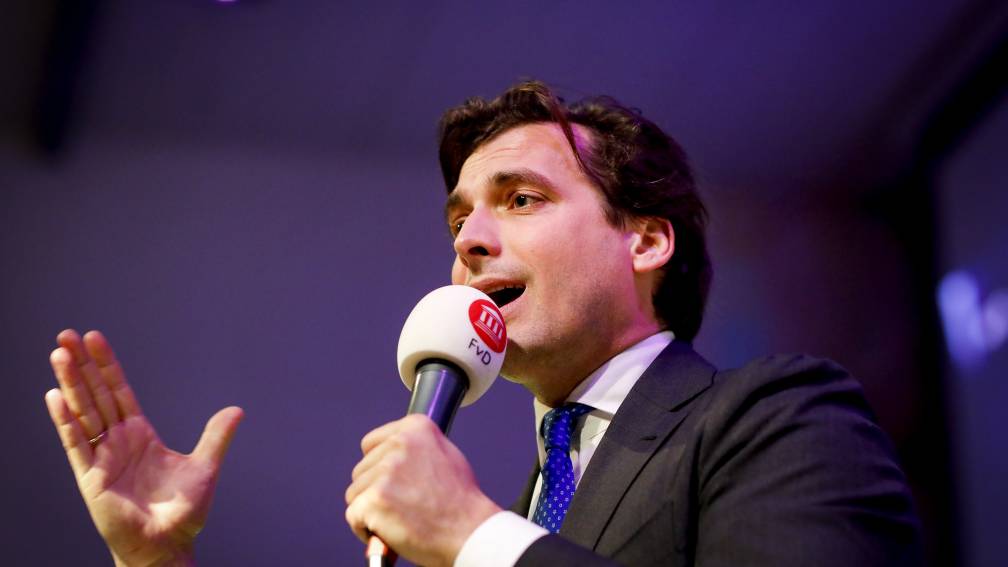 Forum for Democracy will vote in the House of Representatives for a private member’s bill that should enable a binding corrective referendum. Presumably there will still not be enough votes for the required two-thirds majority, but that will only become final later.

In any case, VVD, CDA and SGP are against. These parties together have 51 seats in the House of Representatives and if they all vote against, the proposal is rejected.

Forum was very hesitant and itself held a referendum among its members. Party leader Baudet announced in advance that his group would stick to the result. In Ongehoord Nieuws on NPO 1, he said that in the consultation 55 percent of the participating FvD members voted in favor of the private member’s bill and 45 percent against.

The essence of the SP’s private member’s bill is that the population is given the opportunity to force a referendum on a bill that has already been passed if sufficient signatures have been collected. The bill will be tabled if the majority of voters are against it. However, an additional condition is that this number of votes against must be at least as large as the majority of votes cast in the most recent parliamentary elections (the ‘outcome threshold’).

Both the House of Representatives and the Senate previously approved the private member’s bill, but because it concerns an amendment to the constitution, both Houses have to vote on it again, and then there must be a two-thirds majority.

Baudet tended to vote against

During the debate in the House of Representatives last month, Baudet said that he is a strong supporter of referendums, but that he has difficulty with the high outcome threshold, which could reduce the significance of the law in practice.

He himself tended to vote against, but on NPO 1 he repeated that he follows his members and will therefore ultimately vote in favour: “There was a considerable majority in favour. I am very happy that we can let our members have the floor in this way; I want to do that more often.”