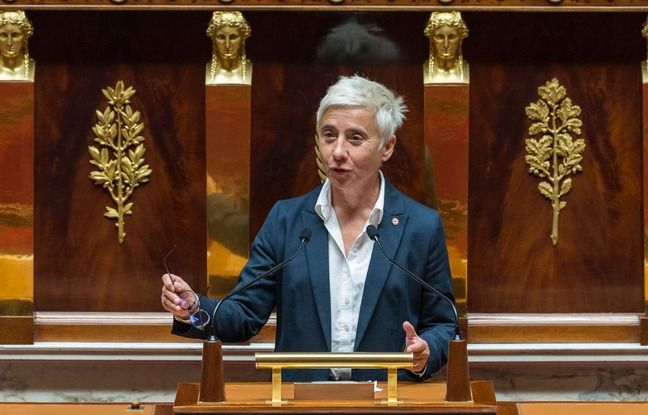 The LREM deputy for Loire-Atlantique is organizing the response. Anne-France Brunet, who is the subject of accusations of violence and harassment by a former parliamentary assistant, announced on Monday that she had filed a complaint for “slanderous denunciation”. “Apparently I would be the subject of a complaint for “harassment and violence” which would have been sent to the public prosecutor of Nantes on Tuesday May 3, 2022 by Mrs. Camille Jaffrelo, who in 2018 carried out a 5-month CDD within my team. “Explained the one who is campaigning for re-election in the 3rd constituency of Loire-Atlantique.

In a press release, Anne-France Brunet denounces statements “widely publicized” but which are, according to her, “not credible”, while she herself “has no official news of this complaint”. “For this reason, I myself have filed a complaint for slanderous denunciation against Ms. Camille Jaffrelo”, announced the outgoing deputy, so that “the investigation and the testimonies establish the truth”. According to her, the accusations of her former assistant contain “flagrant inconsistencies” and are above all intended to scuttle her candidacy.

Ms. Jaffrelo’s lawyer, Me Philippe Blanchetier, indicated on May 7 that his client had filed a complaint for facts dating from February to July 2018. The deputy had hired Ms. Jaffrelo, then 22, on a fixed-term contract, in parallel with his studies in business school. In her complaint, the young woman describes “incessant phone calls sometimes at very late hours” on her personal phone, unpaid working days, “humiliation in public”. When she was placed on sick leave for “stress at work” in July 2018, she claimed to be the “fourth employee on sick leave for overwork in one year”.

The lawyer also reports a scene of “violence” the day of the end of the CDD of his client who would then have been “rushed against a pole in the permanence of the deputy” and would have “had his foot crushed” by Ms. Brunet, causing “the fracture of a bone of the foot noted by medical certificate. According to information from 20 Minutes, Camille Jaffrelo’s complaint had still not been received by the public prosecutor on Monday.