The first models of the new car brand VinFast should be for sale in the Netherlands this year. AutoWeek traveled to VinFast’s home country: Vietnam.

Unlike most new car brands, which mainly come from China, VinFast is not part of an already existing, larger car manufacturer. The VinFast story begins in 1993, when Vietnamese Pham Nath Vuong, after twenty years of studying and working in Europe, starts selling dehydrated food in Ukraine: noodles.

Business takes a turn for the worse and seven years later, shortly after the turn of the century, he decides to return to his homeland, where he declares that he will use his accumulated wealth and his trading skills to improve the lives of the Vietnamese.

“Women do it better do it at the top”

Vietnam is a country with a troubled recent past. For twenty years it was divided into a communist north and a western south, resulting in a bitter, bloody war. When the dust settled, Vietnam was reunited into a communist one-party state, which shortly after invaded neighboring Cambodia. Although the communist form of government persists to this day, relations with the west have now eased considerably and prosperity is increasing rapidly.

Vingroup, Pham Nath Vuong’s company, claims a significant portion of the credit in that growth. Create a better life for people is Vingroup’s credo, but this is not just altruism: remarkably enough for a communist country, Vietnam has the largest private company in the region with Vingroup, with a top executive of 7.5 billion dollars (more than 7.2 billion euros), good for place 344 on the Forbes ranking of billionaires worldwide.

Vinfast is a still young, but very ambitious car manufacturer. 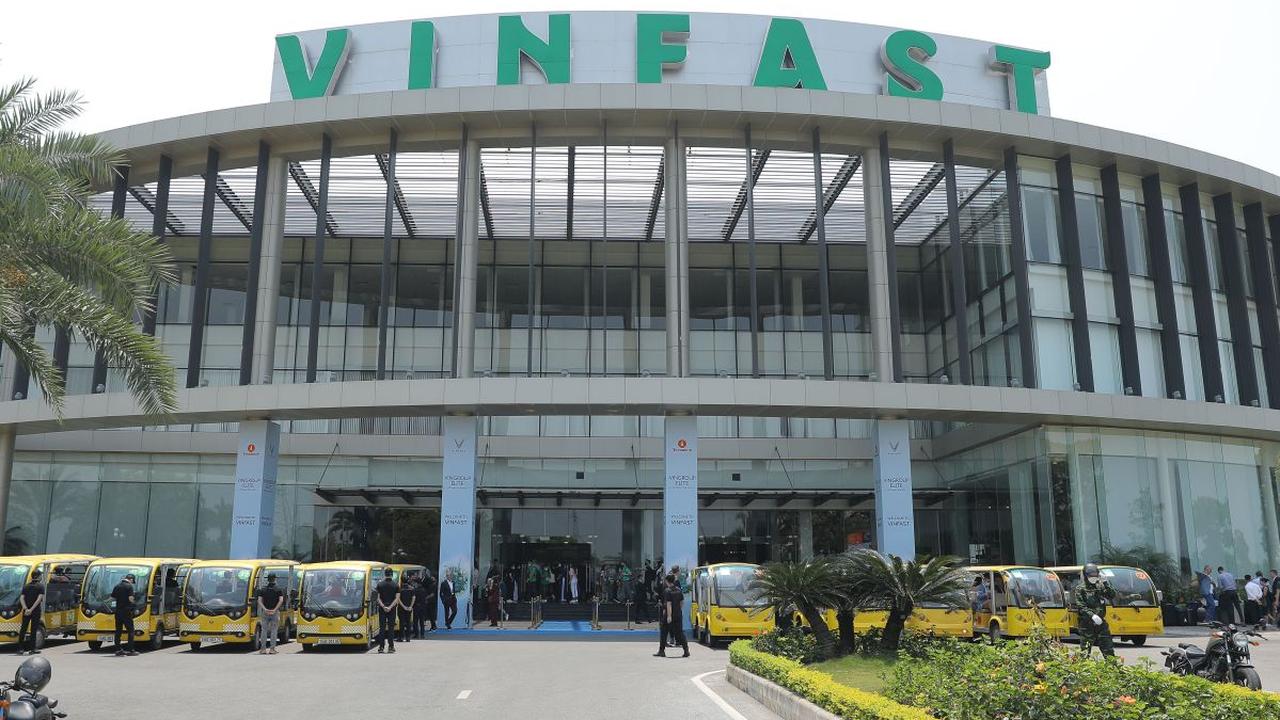 Vinfast is a still young, but very ambitious car manufacturer.

The automotive branch is just one of the nine pillars that make up the Vingroup. Each division is headed by a CEO who is exclusively women, because Pham Nath Vuong believes that women do better at the top.

Pham Nath Vuong thought about the fact that a prosperous Vietnamese people also have their own car brand a few years ago and – completely according to his custom – he put his money where his mouth is. The latest Paris auto show featured a large sedan and SUV, based on the previous BMW 5 Series and the X5. VinFast was realistic enough to understand that they didn’t stand a chance in Europe, but wanted to announce the arrival of the brand with its presence in Paris.

From now on, all new models are fully electric and that started last December, when the first copies of the VF e34 (a compact crossover, Captur format) went to customers. The VinFast car factory has only been running since June 2019 and was built in just 21 months. If you now look at the satellite images on Google Maps, you will only see the first halls still under construction.

In the Netherlands, VinFast starts with the VF8 and VF9: two SUVs. For these SUVs, VinFast has enlisted the help of the originally Italian design studio Pininfarina, but that will not become law of the Medes and Persians, says design director David Lyon.

“We get the necessary expertise from everywhere,” says Lyon. “In New York we recently unveiled the VF7, which was designed by Torino Design. Our electric buses are designed by our specialist studio in Turkey. You don’t have to be an expert in everything, you have to know where to buy expertise. My job is making sure the result is VinFast and has the brand DNA.” Ten dealers in the Netherlands and also battery lease

VinFast’s international expansion plans are ambitious to say the least. VinFast envisages a factory in Germany. A letter of intent was recently signed with the American state of North Carolina for a factory in the United States.

For Europe, VinFast starts its adventure in France, Germany and the Netherlands. In our country, VinFast is preparing ten dealers, all of them in-house. There will be a lease construction for the batteries, as we saw earlier at Renault. That was not a success there, but – as they say at VinFast – times have changed. After the VF8 and VF9, it’s time for the VF7, a C-segment model recently presented at the New York Motor Show. Then the range is complemented at the bottom with the VF6 in the B segment and the VF5 in the A segment. And then there’s a whole line-up from a brand that we had never heard of until recently. Will that work? Time will tell. Soon enough, if VinFast manages to keep up this pace. Nomen est omen.