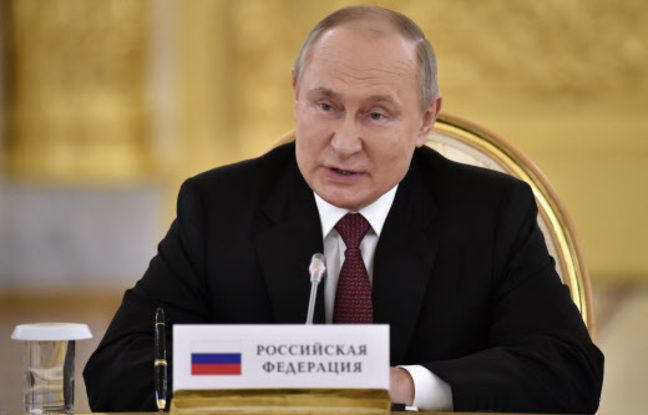 Did you miss the latest events related to the war in Ukraine? 20 Minutes takes stock for you every evening, at 7:30 p.m. Who did what ? Who said what? Where are we ? The answer below:

Finland’s and Sweden’s membership of NATO seems to have particularly attracted the attention of the Kremlin. Indeed, Kremlin spokesman Dmitri Peskov assures us that Russia is following this affair very closely and that the accession of these two countries “will neither strengthen nor improve the security architecture of our continent”.

In the morning, the Deputy Minister of Foreign Affairs, Sergei Ryabkov, had described the candidacies of Helsinki and Stockholm as “serious error”, judging that “the consequences” would have “considerable reach”.

In the afternoon, Russian President Vladimir Putin considered that Finland’s and Sweden’s membership in NATO did not constitute “a threat” in itself, but that Russia would react to military deployments.

This is the message left by soldiers of the 227th Separate Battalion of the Ukrainian Armed Forces after they recaptured territory on the Ukraine-Russia border in Kharkiv Oblast.

45.000. This is the number of Renault employees in Russia to whom the car manufacturer has announced its nationalization. Cornered by the sanctions hitting the country, Renault, leader in the country with the Lada brand which it had recovered, sold its assets to the Russian State.

Sweden will apply to join NATO, Prime Minister Magdalena Andersson officially announced on Monday, referring to a new “era” for the Scandinavian country.

“The government has decided to inform NATO of Sweden’s desire to become a member of the alliance,” she told a press conference. “We are leaving an era to enter a new one”, according to the Swedish leader.

In the process, Emmanuel Macron announced his support for the Scandinavian country, just as he had done with his neighbor, Finland. “The President of the Republic fully supports Sweden’s sovereign decision to quickly join NATO”, underlined the French presidency. Emmanuel Macron had already welcomed the similar announcement made on May 12 by Finland.