Russia and Ukraine: how the military strategies of the Russians have changed in the second stage of the war

The war in Ukraine took a key turn on April 19.

After a first phase in which Russian forces massively attacked the main Ukrainian cities in unison, the efforts of the offensive launched by Vladimir Putin were concentrated in the eastern region of Donbas, where he intends to capture “the largest possible territory” under the justification of defend the Russophone population.

A change of scenery that was also accompanied by new military strategies by the invading forces.

If the first stage was characterized by attempts to break through quickly with bombardments, long-range artillery and long tank convoys as happened unsuccessfully in the capital kyiv, for example, now this second stage is involving a more methodical advance.

“A much slower attack that hopes not only to capture, but also to maintain territories and minimize losses,” Mathieu Boulegue, an expert in Russian military affairs at the Chatham House Institute in London, UK, analyzes for BBC Mundo.

A new strategy that, due to the consistent Ukrainian resistance and its counterattacks, seems to be heading for a stalemate and glimpses a longer war than expected. 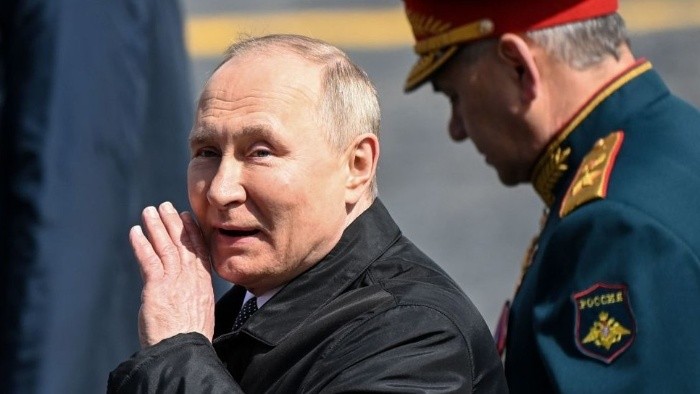 After concentrating the war in Donbas, we are experiencing the second stage of the military offensive launched by Vladimir Putin. GETTY IMAGES

From Russia’s point of view, the main objective of the war has not changed: “To destroy and break the sovereignty of a free Ukraine,” Boulegue mentions.

“Get as much territory as possible, keep it under your zone of control and influence their future political decisions,” adds the expert.

But the “blitz and multi-front” war that Russia had attempted had yielded much less fruit than expected.

Ukraine resisted in a way not foreseen by the Kremlin, according to experts on the matter. The tank convoy that had threatened kyiv for weeks had to withdraw and regroup.

“In the first phase the russians rushedthey kept four or five fronts open and did not use their artillery effectively,” Lawrence Freedman, emeritus professor of war studies at King’s College London, explains to BBC Mundo.

The academic lists several of the Russian mistakes: “They failed in their attempt to create air superiority. Then they wanted to take kyiv too quickly, with many Ukrainians inside the city outwitting them. The result? Problems with logistics and abandoned tanks in the streets for fear of ambushes.

“Everything was very incompetent“, he concludes.

That is why Russia now attacks with more caution. Take one step after another. No more keeping several huge fronts open.

What tactics is Russia using now

“We could describe it as a kind of capture and retention of the conquered territory, a slower advance. from long-range artillery strikes to pushing further into the groundin short,” says Boulegue.

“They identify where to attack, they use the artillery, then they push with the infantry and then they prepare to defend,” Freedman adds.

From a military and logical point of view, this strategy makes more sense to experts and, if applied from the beginning, perhaps Russia would have been more successful in their objectives on the battlefield, they affect.

In fact, from the BBC’s Russian service they point out that thanks to the new strategy the Russians are making some progress in Donbas and are also minimizing the losses suffered in the first stage, although for specialists it may already be too late for the Kremlin.

The Russians inflicted enormous human and equipment losses during the first phase of the war. GETTY IMAGES

Among their arguments they say that the Russians no longer have the same supplies and equipment. They have lost too many men and their reserve does not seem to be sufficiently prepared.

In addition, the weapons sent by NATO members to Ukraine have given it added resistance to the defense shown so far and its counterattacks are slowing down Russian advances.

How is the new strategy being reflected on the ground?

The Russians control large areas in the south and have provoked a humanitarian catastrophe in the port city of Mariupol with a devastating siege.

Ukraine believes that Russia’s intention is to control more than Donbas and also encompass the entire region around Kherson, northern and western Crimea and parts of Zaporizhia.

Several key areas of Donetsk and Luhansk remain under Ukrainian control and in Kharkiv, Ukraine’s second-largest city, authorities say Russian forces have withdrawn from the border and residents are returning.

However, Russia is in control of strategic Izium, Kreminna and recently conquered Popasna.

Popasna is a relatively small city in the west of Luhansk. Before the war it was populated by about 20,000 people.

The city has changed command several times since the armed conflict in Donbas began in 2014, but until a few days ago it remained under Ukrainian control.

According to US military analysts, the only scenario in which the Ukrainians have withdrawn tactically has been when Russian soldiers made so much damage that they considered that there was nothing left to defend.

However, the Russian conquest of Popasna may complicate the Ukrainian positions.

Other key territories are within 30 kilometers of bombing zones, which would fit in with the artillery strike and gradual offensives against the enemy that Russia uses in this second phase of the invasion.

The possibility of a long war

But for the Russian forces it is not enough to occupy the territory, it is also important to hold it. After taking over Popasna, they now have to defend themselves against a Ukrainian army reinforced with NATO weapons.

The ferocity and the accumulation of offensives, advances, defenses and withdrawals have led to a kind of stalemate, say US intelligence officials, who warn of the high probability of a protracted war.

A scenario that the experts consulted by BBC Mundo also see as possible.

“I don’t think a war at this rate is sustainable. There is a lot of wasting on ammunition. I see it as difficult for the Russians to win now, although they could make some progress,” says Freedman. 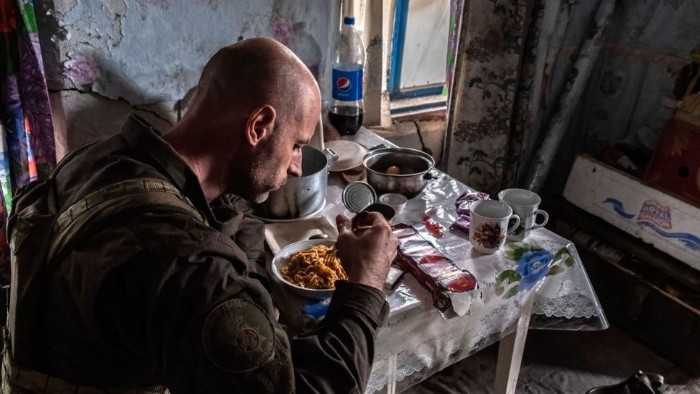 Some analysts think that we may be in a stalemate zone of the war where not much significant progress is made. GETTY IMAGES

“It will be a long war, a war of stagnation, of people dying every day on the front line but without much strategic gain and without the ability of each opponent to repel the enemy,” notes Boulegue.

However, defining what strategic advances or gains mean seems complicated, especially from the Russian side.

“Russia’s goals are very vague. They don’t say what they really want. Ukraine intends to liberate all its territory, but the Russians talk about empty goals such as ‘demilitarization’ and ‘denazification’, so we don’t know what they really want,” Grigor Atanesian, from the BBC’s Russian service, explains to BBC Mundo.

What has Russia done with the conquered cities

Regardless of whether or not these new Russian operations work as expected, we can get an idea of ​​what could happen if more Ukrainian populations fall under Russian control.

Perhaps the best example is in the south of the country, in the port city of Kherson, where Russia is introducing its own currency, media and internet service.

Russian forces occupied Kherson in early March, a week after the invasion began. It was the first major Ukrainian city to fall into the hands of invaders.

Russia has since ousted the city’s elected mayor from office and replaced him with a pro-Russian administrator who also looks after the surrounding region.

Those Moscow-imposed authorities said they plan to ask President Putin to formally annex the region to Russia.

The Kremlin responded that the locals should decide their own futurein line with a warning that came from Ukraine, alerting that Russia plans to hold a referendum in the city to see if its inhabitants want to install a pro-Russian separatist people’s republic.

A potential vote that kyiv considers “illegal” and a complete “farce”.