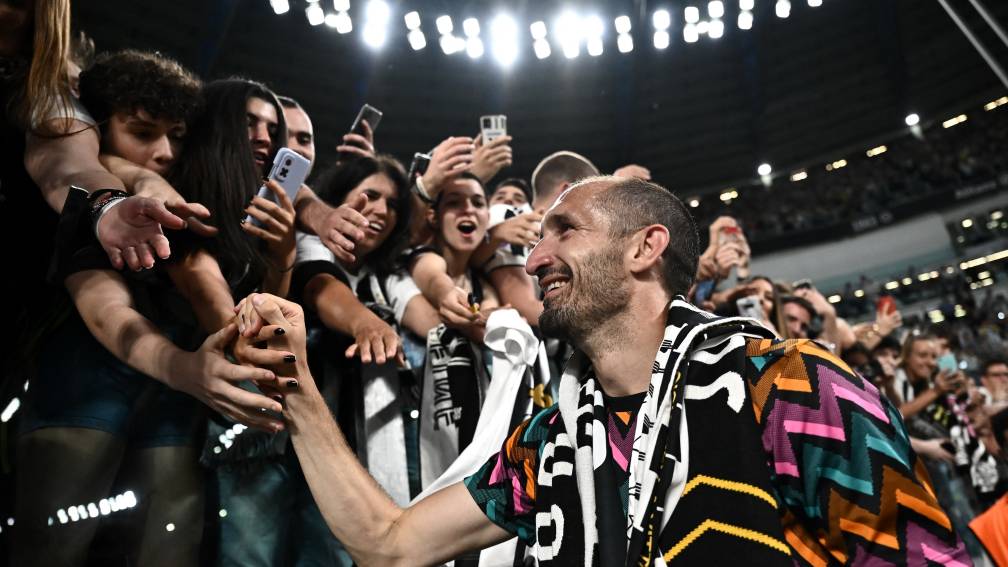 Known for his unyielding game and toughness, Chiellini won nine championships with Juventus and reached the Champions League final twice. He made 559 appearances for Juve, scoring 36 times.

The 35-year-old does not appear to have any intention of quitting football. A departure to a club in America is more likely, according to Italian media.

Shortly before Chiellini’s emotional substitution, Dusan Vlahovic had opened the scoring. The striker, who was bought from Fiorentina in the winter break for about seventy million euros, headed the ball with conviction behind Lazio goalkeeper Thomas Strakosha. He celebrated his goal with an ode to Paulo Dybala, who, like Chiellini, waved off tonight.

Moments later, Álvaro Morata made it 2-0 with a nice shot. Still, that was perhaps a bit flattering: Lazio shot more often in the first half and had much more possession of the ball.

It was therefore not very surprising that the team of coach Maurizio Sarri came in early in the second half at 2-1. For a long time Juventus seemed to get the three points over the line, but in the absolute final phase Sergej Milinkov-Savic scored the equalizer. The point has secured Lazio a starting ticket for the Europa League.