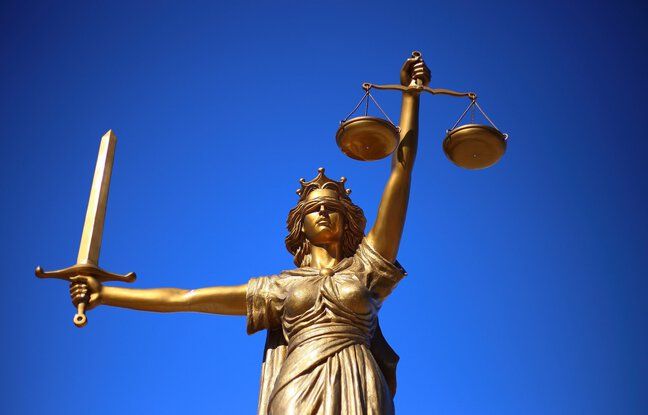 A 50-year-old, known for his closeness to far-right theses and opposition to health policy, was indicted on Monday for “murder”, suspected of having shot and killed a young man after a brawl in Paris on Saturday , we learned from a judicial source. He was remanded in custody, according to the same source.

During the night from Friday to Saturday, around 3 a.m. on Boulevard de Clichy in the 17th arrondissement, “following a dispute between several individuals on the public highway, a man was the victim of a gunshot wound. fire, “reported a first police source. The victim died on the spot and the suspect, Marc L. fled by car before being quickly located and then arrested.

According to the first elements of the investigation, a fight opposed several people on the median when a motorist, aged 50, stopped his car to go to meet them, explained a second police source.

One of the participants in the brawl would have ordered him to “clear”. The driver then pulled out a gun and shot him in the head before getting back behind the wheel, according to the same source. Contacted, his lawyer did not wish to speak.

“One of the challenges of the investigation will be the question of the racist motive, given the profile of the suspect, who would have called for racial violence a few hours before the facts”, reacted to AFP Me Avi Bitton , lawyer for the victim’s family, aged 27 and living in Poissy (Yvelines), of French nationality and of Moroccan and Spanish origin. According to a second police source, the respondent is a follower of conspiracy and anti-Semitic theses.

He distinguished himself in September 2020 by disrupting the program “Balance your post! ” hosted by Cyril Hanouna on C8, making vehement and confused remarks on health policy in France.

In older videos posted online entitled “Save-la-France” or “Immigration not wanted by the French”, he says in particular for “the party of (Alain) Soral and Dieudo (nné)”, the essayist and the polemicist both sentenced for anti-Semitic remarks.

This man, who spent part of his life in Japan, is known to the courts. According to a source familiar with the matter, he was on the wanted list. In a tweet on Saturday, the mayor of Poissy Karl Olive asked “the Minister of the Interior to shed light” and offered his “condolences to the family of the Clos-Miroir district”.