Due to the lack of corona strategy, lockdown is coming back into the picture 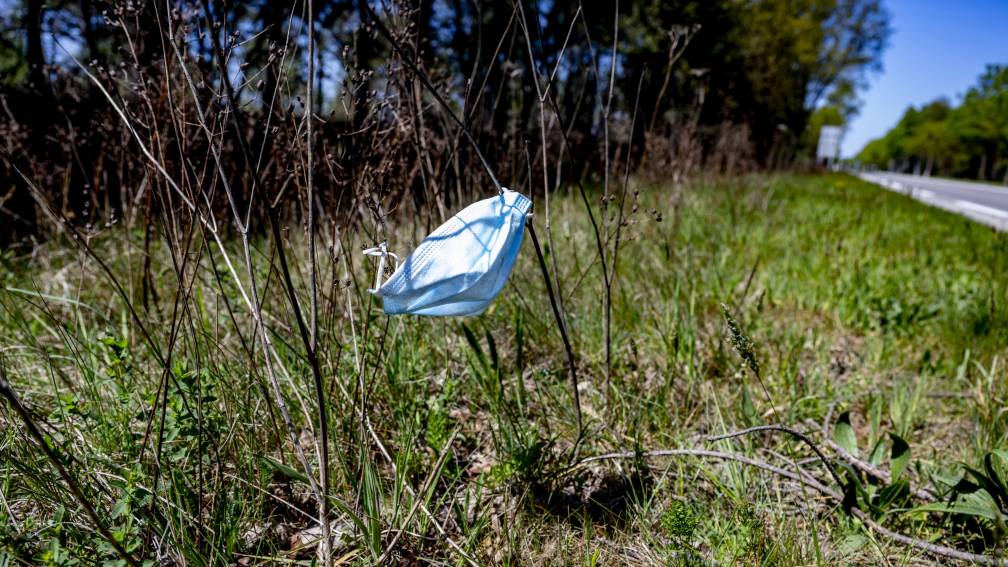 The Netherlands is ill-prepared for a severe corona wave in the autumn. The government plans are too non-committal and the elaboration of these plans takes too long. Valuable time is lost as a result. If things go wrong with the coronavirus, a new lockdown threatens this autumn or winter. This is apparent from, among other things, a tour of the NOS among hospital directors, virologists and scientists.

They see the taking of measures such as a renewed obligation to face masks, the one and a half meters, but also a form of a lockdown as a realistic scenario due to the slowness of the cabinet. This is remarkable because the basic principle in the latest cabinet plans is to prevent lockdowns and to keep society open during revival of the virus.

Today the House of Representatives is discussing the ‘longer-term corona policy’, but according to the experts, there is too little talk about the preparations for corona wave this autumn.

“Everyone seems to have fallen asleep, it’s a bit like burying one’s head in the sand,” said David Jongen, director of the Zuyderland hospital and vice-chairman of the Association of Hospitals, expressing the concerns of his fellow directors.

Fewer IC beds due to even fewer staff

The biggest problem is still the staff shortage in healthcare. That was already big before the pandemic, but in recent corona years many nurses have stopped. On top of that, the absenteeism of the care employees who are still left is still twice as high as before the corona crisis.

According to Joke Dieperink, board member of the professional association V&VN-IC and IC nurse herself, virtually nothing has been done in the meantime to resolve this. “We now have to do the job again with fewer colleagues than at the start of the pandemic. And I am really worried about that because I don’t know whether this will work. That you will lose even more colleagues in the next wave.”

The Ministry of Health, Welfare and Sport has already given up in advance in the field of staff shortages. The ‘Pandemic Preparedness Policy Agenda’ of April 14 states: “Given the shortages in both healthcare and other sectors, it is unrealistic to allow the number of healthcare workers to increase further in the coming years.”

There is no indication of ambition, according to André Knottnerus, former chairman of the Scientific Council for Government Policy (WRR). “Of course you want to hear: it is of course very difficult to find staff, but we are doing everything we can to make it happen.”

Mark Kramer, chairman of the National Coordination Center for Patients Distribution, the successor to Ernst Kuipers, is concerned whether the hospitals can handle another possible strong corona wave this autumn and winter. “Many of the healthcare staff have not been able to recover. Absenteeism is still high and so is the pressure on people.”

Kramer emphasizes that it is not just about the hospitals. “We are dealing with a care chain. So in addition to the hospitals, the GP posts, the GP practices, the nursing and care homes, home care and mental health care. If one link in that chain falls during a corona wave, the rest of the chain can also collapse. because there is a blockage in the patient flow, there is then the danger that the chain will be overrun.”

It is uncertain whether there will be a severe variant and thus overload of care. According to virologists who spoke to the NOS, it may not be that bad. But, they warn, the past two years have only been disappointing. Even a mild corona wave that coincides with a strong flu and RS outbreak can still cause care to collapse.

Therefore, take all scenarios into account in order to be prepared for setbacks, the WRR argued in a report last September. At the time, this message was also somewhat inconvenient. After a beautiful summer with many vaccinations, few believed in a revival of the virus, let alone a new lockdown. A month later, new measures were needed and a heated discussion about 2G measures followed in times of crisis.

Such a polarizing discussion is imminent again. Virologist Frits Roosendaal believes that Minister Ernst Kuipers should be honest. “As they do in Denmark, where they have created scenarios and communicate clearly: if this happens, we will introduce these measures. So that everyone knows. Then you can now also have a public debate about it. So that you do not panic. You have to pull out all the stops again, everyone is surprised and angry and you also have to skip the social debate.”

The experts urge that the public debate be held now. Can the House of Representatives participate in decisions about measures? Will we postpone regular care again for corona care or will we deal with it differently later? Despite all the frustrations and the hope for more decisive action, the government mainly asks for honesty, clarity and decisiveness.

André Knottnerus: “I understand that the cabinet is now mainly busy with other matters, with all those crises in Ukraine, rising inflation, budget problems and the climate problem. But as a citizen you can expect that the government can handle several crises at the same time. The day you wait counts. The future starts today and if you say we wait, you lose valuable time unnecessarily.”