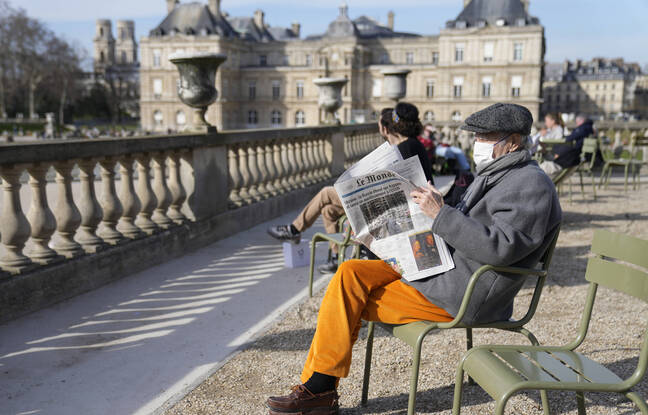 While many French people are falling the mask underground on Monday, the BA.4 and BA.5 sub-variants of Omicron are attracting the attention of health authorities. The European Center for Disease Prevention and Control (ECDC) is calling on European countries to keep an eye out for these new forms of Omicron.

If the press release, dated May 14 – and spotted by our colleagues from FranceInfo – recognizes that their proportion is “currently low” in the European Union, he warns: “They will become dominant in the months to come”. On France 24epidemiologist Antoine Flahault had estimated that these sub-variants were “more transmissible than the previous ones”.

The data on BA.4 and BA.5 are for the moment incomplete, in particular on the question of their dangerousness. First detected in South Africa at the beginning of the year, these sub-variants have since become “dominant” in the country, underlines the ECDC, which specifies that BA.5 is also becoming dominant in Portugal.

The EU agency “encourages countries to remain vigilant”. Because even if the severity of these subvariants turns out to be similar to that of their cousins, their high transmissibility could again create heavy tensions in hospitals. Especially since BA.4 and BA.5 have the “ability to escape the immune protection induced by a previous infection and/or vaccination, in particular if this has diminished over time”. What temper the joy of those who welcome the abandonment of health restrictions after two years of pandemic which have permanently upset the mental health of the French.