The Zapopan Foundation sees the family as the center of the community and, in order for it to develop, it first needs to have a decent place. Thus, it was proposed to build 20 houses this year with the “Dignified Housing” program.

“We cannot speak of honesty, values, generosity or civility if they lack water, a flat or live in subhuman conditions,” emphasizes Rodrigo Juárez Salazar, director of the Foundation.

with this vision It was decided to undertake the pilot program and create 100 homes in five years in 12 neighborhoods in which the organization has reach, such as Lomas de La Primavera and La Noria.

These will be built with the Covintec company, which developed low-cost materials, but with resistant technology.

“The Mexican company developed a technology using dry ice with braided wire to generate walls with very strong resistance, which allow us to build a fully habitable house in a week.”

Covintec, in addition to donating the technical training for the construction of houses, donated the models designed by Legorreta.

In order for a family to be a beneficiary, they must have land in their name. And with several members.

For the houses, 136 thousand pesos in materials are needed, so they invite citizens to donate, but also to join as volunteers for the construction of them. 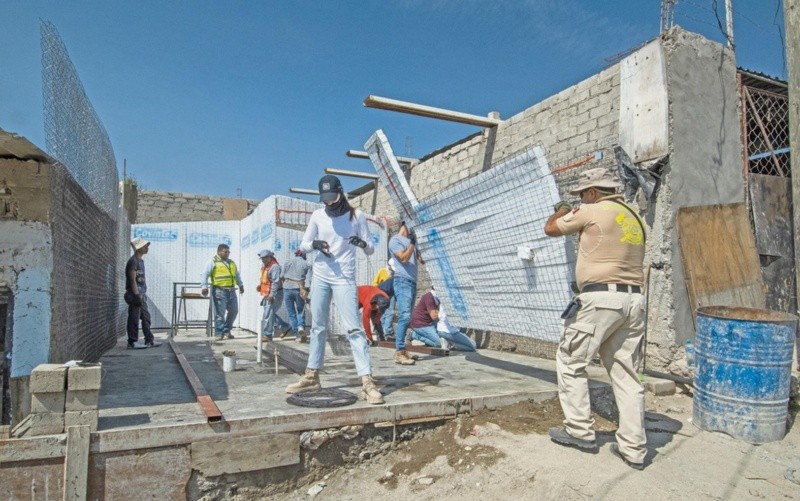 They will seek to build three more houses in June and an additional ten in 2022. SPECIAL

Yesterday the pilot day of the Zapopan Foundation’s “Dignified Housing” program began, which consists of the construction of the first house that will be delivered to a family with a high level of marginalization in the Brisas de La Primavera neighborhood.

The construction of each of the houses takes between three and five days to be fully habitable, this thanks to a prefabricated house model which considerably reduces costs and delivery times. The house has two bedrooms, a bathroom, kitchen and common area in a space of 47 square meters.

“The cell of society is the family and a fundamental part of a family is the home, that is why we have created this program, to give them a decent place where those who have less can live,” said Rodrigo Juárez Salazar, director of the Zapopan Foundation. .

The program will seek to build 20 houses a year over a period of five years, to achieve the goal of 100 houses. Besides, in each of the houses they will seek to be built by volunteers: “It’s not just the material, we want people who have had more opportunities to get involved with this community, raise awareness about the shortcomings that are around the corner,” added Rodrigo.

The construction technology is provided by Covintec, a Mexican company that has been involved in the construction of more than two thousand homes throughout the country.