Shooter wrote racist manifesto for attack on US supermarket 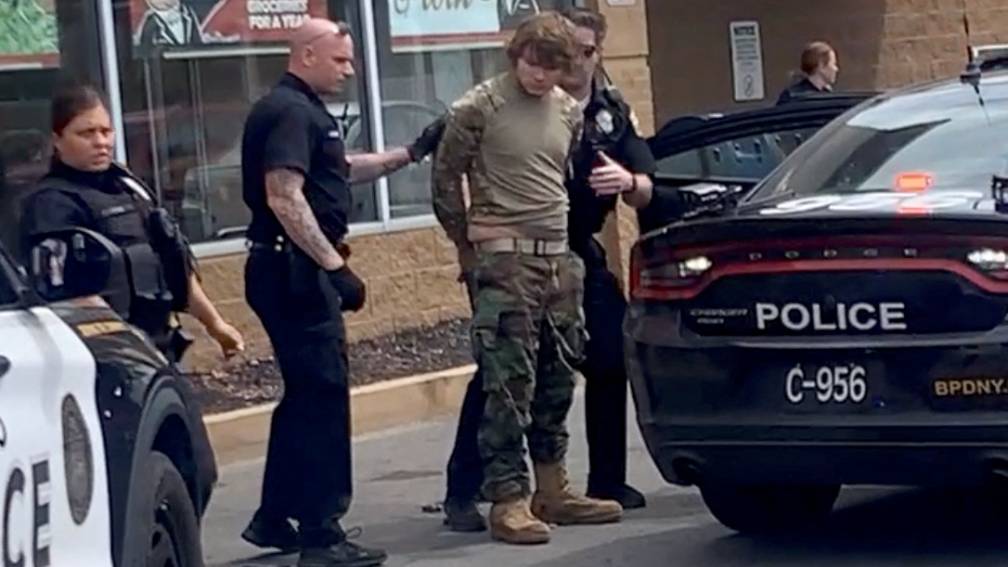 According to a police source, Gendron has put a manifesto online with a detailed planning for the attack, in which he also explains his motives and inspiration. His goal was to shoot as many black people as possible, reports The New York Times.

The shooter broadcast footage of the shooting live on Twitch live streaming service, via a camera mounted on his helmet. Twitch deleted the stream less than two minutes after it started, a spokesperson reports The Hollywood Reporter†

The broadcast images show that he is parking his car at the supermarket, and after getting out starts shooting at people.

The FBI is treating the attack as a hate crime and as “racially motivated violent extremism.” The supermarket is located in a neighborhood where predominantly black Americans live. Eleven of the thirteen victims are black, the local police chief reports.

Speaking at a press conference, Mayor Byron Brown said the gunman may have “traveled hours” to get to the grocery store. American media report based on police sources that he comes from Conklin, a town about 3.5 hours from Buffalo.

According to local police chief Joseph Gramaglia, Gendron shot four people outside the store, three of whom died. He then went into the store, where a security guard tried to shoot him. Because he was wearing a bullet-proof vest, that didn’t work. The security guard, a retired police officer, was then shot and killed by Gendron.

In the store, Gendron made nine other victims, seven of whom were fatal. He was eventually boxed in by rushing police officers, after which he turned his gun on himself. The officers persuaded him to drop his firearm and arrested him.

At the time of the arrest, the murdered victims were still on the street: