Not to mention Covid-19, Pyongyang announces 15 new deaths from “fever” 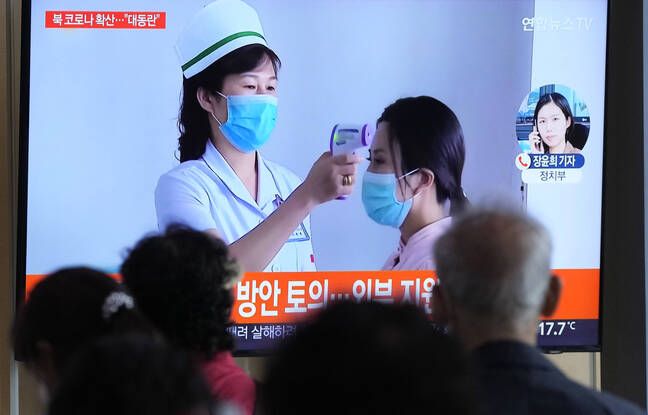 The word Covid-19 continues to cause fear in North Korea, with official propaganda still struggling to use it regularly. Fifteen new deaths due to “fever” have been recorded in the country, the official KCNA news agency said on Sunday.

A total of 42 people have died, while 820,620 cases of fever have been reported, of which at least 324,550 are under medical treatment. North Korean leader Kim Jong-un admitted on Saturday that a “malignant disease” has caused “great upheaval” in the country. KCNA reported that “all provinces, cities and counties across the country have been fully locked down, and workplaces, production centers and residences have been closed.”

Although it has urgently activated its quarantine system to stem the spread of the disease among the 25 million inhabitants, none of whom are vaccinated, North Korea reports a large number of new case. Pyongyang first announced on Thursday that people had tested positive for Omicron’s BA.2 subvariant and its first death. Kim Jong-un immediately ordered containment measures.

North Korea, which was one of the first countries in the world to close its borders in January 2020 after the virus emerged in neighboring China, has long boasted of its ability to keep the virus at bay. It had not previously reported any confirmed cases of Covid-19 to the WHO.

KCNA did not say whether the new cases and deaths recorded tested positive for Covid-19, but experts believe the country is unable to carry out a large-scale testing campaign. The country’s health system, one of the worst in the world, is failing and lacks essential drugs and equipment.

The United States and South Korea recently claimed that Pyongyang was preparing to carry out another nuclear test imminently. For analysts, Kim Jong-un could accelerate his program in order to divert the attention of the population from the epidemic situation.